Bob Dylan The Times They Are A Changin' 1964 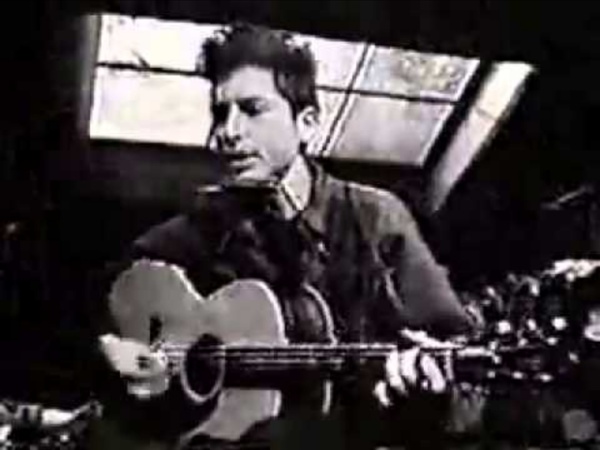 The raw, painful birth of Blood on the Tracks On 16 September, 1974, Bob Dylan entered A&R recording studios in New York to begin work on his 15th studio album. He was 33 years old, his marriage was on the rocks and, despite a successful comeback tour that same year, his reputation rested solely on the epochal songs he had produced a decade previously. Having so defined the 1960s, Dylan had become an increasingly marginalised figure following his retreat to rural Woodstock at the close of the decade. The domestic normality he found there had precipitated a run of low-key, creatively unfocused albums that stretched from 1969’s Nashville Skyline to 1974’s Planet Waves. All that was about to change. Change: Why It's Harder And What You Should Do Differently Change, especially when driven by technology, rarely discriminates. The democratic nature of digital innovation is transforming some of the best practices of one industry, like oil and gas, to closely parallel those used by a retailer or manufacturer, for example. And since digitally enabled applications, and the methods and practices that allow rapid deployment, are becoming more affordable and accessible, every industry (and its competitors) is evolving at the same speed. But over the last couple of years, changes induced by digital innovations are perceived as more threatening than opportunistic. According to Geoffrey Cann, author of Bits, Bytes, and Barrels: The Digital Transformation of Oil and Gas, more jobs are now at risk from digital innovation – even privileged white-collar jobs that have been, for many years, mostly immune from the waves of change that have upended factory jobs and clerical work.

Bob Dylan Background The Nobel Prize in Literature 2016 Bob Dylan’s Official Homepage ALL MUSIC lists everything there is to know about Bob Dylan Warm-up Top 10 Bob Dylan Songs (13:17) The songs presented with commentary Songs Lyrics and audio Scroll down the page to find many, if not all, Bob Dylan songs Blowing in The Wind A page with links to the lyrics, the official music video and some discussion questions Gotta Serve Somebody The following links are to esl-bits.net, showing the lyrics and playing the song Don’t Think Twice, It’s All Right The Times They Are A-Changin’ It’s All Over Now, Baby Blue Talkin’ World War III Blues A Hard Rain’s A-Gonna Fall Boots Of Spanish Leather One Too Many Mornings Positively 4th Street Blowin’ In The Wind Bob Dylan’s Dream It Ain’t Me, Babe Corrina, Corrina He was a friend of mine A Hard Rain’s A-Gonna Fall Romance in Durango

Putting people front and center: user-centered change If you ask managers and change agents alike why change fails, you get different answers. But if you filter out all the nuances, the most common answer is people: The concept of people-centered change echoes the principles of another influential discipline that starts with the user: user-centered design. User-centered design believes in one fundamental truth: gather success when starting with the user, finding a real user need and then building a good solution. If you find a real need and provide a good solution people will be willing to pay for it, and commercial success will follow. But what will happen if you start with the employees, the teams, the people on all levels of the hierarchy and ask the question what they need to be better at their job?

Shillong: The Indian town obsessed with Bob Dylan click 2x Bob Dylan is on my mind this balmy winter afternoon in Shillong – just as I’m sure he is on a million other minds all over the world. It’s just over a month since the big news about Dylan’s controversial win of the Nobel Prize for Literature, but that’s not the reason I am thinking of the man behind Mr Tambourine Man. Shillong, the capital city of the scenic northeast Indian state of Meghalaya, thrives on music. The town has earned itself the moniker of India’s rock music capital – even if cynics say the title is self-anointed – thanks to its various music festivals and local bands like Soulmate, which have now made a name for themselves across the country. But it’s not all about rock – more than anything, Shillong loves Bob Dylan.

To Achieve Big Goals, Start with Small Habits Executive Summary When presented with a problem that requires behavior change, we pounce on it with big goals. We’re programmed to “go big or go home,” but big goals are more burdensome than they are motivational; they require daunting effort to accomplish and sustain.Instead, the way to achieve big is to start small — through micro habits. Micro habits are small components of a larger habit. By breaking down an ambitious job into smaller, more achievable ones that you build over long periods of time, micro habits help you complete big goals.To succeed with micro habits, you must be deliberate and choreograph steps to sustain them. First, identify a “ridiculously small” micro habit, and piggyback on a daily task, so it becomes part of your regular routine.

Photos: Bob Dylan Inside His First NYC Apartment: click 2x fullscreen Dylan and Suze Rotolo(Courtesy Ted Russell/Polaris/Steven Kasher Gallery) We can all conjure up an image of our ideal Bob Dylan: the austere protest singer in a knit cap, the surreal poet with the wild hair, the buttoned-up family man living in the country, the scarecrow-like figure wandering through the '80s with bad bandanas and worse makeup, or maybe the irascible troubadour with a Clark Gable mustache living out his glory years on a never-ending tour of the globe.

Council Post: It's Time To Change The Way We Perceive Change As the old adage goes, the only constant in life is change. Despite this fact, it seems to be a real struggle. Both as individuals and in organizations, we are not particularly good at embracing intentional change. Some studies report as low as 26% of company transformational efforts succeed. For individuals, roughly 40% of New Year's resolutions are kept.