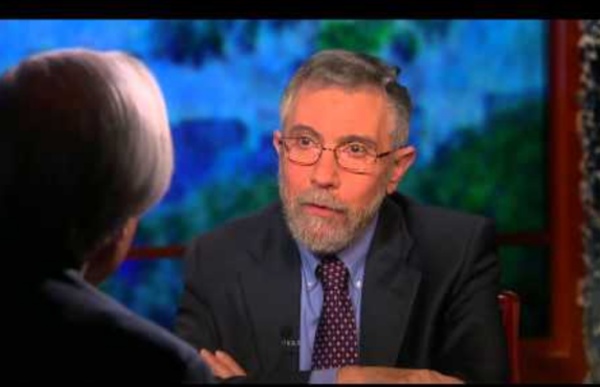 Would You Rather Be Born Smart or Rich? I know, I know, you'd rather be born smart and rich (and charming, and with a lustrous head of hair, and a voice like Michael Bolton's). But if you had to choose? Chances are, your answer depends on whether you think the U.S. economy is a meritocracy—that intelligence and ambition are more important to lifelong success than the circumstances of your birth. Does the coronavirus pandemic make someone who is disabled like me expendable? It is a strange time to be alive as an Asian American disabled person who uses a ventilator. The coronavirus pandemic in the United States has disrupted and destabilized individual lives and institutions. For many disabled, sick, and immunocompromised people like myself, we have always lived with uncertainty and are skilled in adapting to hostile circumstances in a world that was never designed for us in the first place. Want to avoid touching door handles by hitting the automatic door opener with your elbow? You can thank the Americans with Disabilities Act and the disabled people who made it happen. Technology, accessibility, and a hardcore will to live shaped me into a cyborg oracle ready to spill some hot truths.

30 Major U.S. Companies Spent More on Lobbying than Taxes Eamon Murphy, AOL.com Dec 13th 2011 11:00AM Thirty large American corporations spent more money on lobbying than they paid in federal taxes from 2008 to 2010, according to a report from the nonpartisan reform group Public Campaign. All of the companies were profitable at the time. In spite of this, and the massive federal budget deficit, 29 out of the 30 companies featured in the study managed through various legal tax-dodging measures to pay no federal income taxes at all from 2008 through 2010. The lone exception, FedEx (FDX), paid a three-year tax rate of 1%, nowhere near the 35% called for by the federal tax code.

Koch donors worried Trump may lose, seek to preserve GOP Senate majority Charles Koch, head of Koch Industries. Bo Rader | Wichita Eagle | Tribune News Service | Getty Images Libertarian and conservative donors who attended the annual Koch network summit over the weekend discussed the need to defend the GOP majority in the Senate as a backstop in case a Democrat defeats President Donald Trump in November. People at the meeting in Palm Springs, California, didn’t just fret about progressive candidates Sens. Bernie Sanders and Elizabeth Warren winning — they were also concerned about the moderate former Vice President Joe Biden, according to attendees who declined to be named since the conversations were deemed private.

COVID Underdogs: Mongolia - Indi Samarajiva - Medium The best COVID-19 response in the world Mongolia has had the best COVID-19 response in the world. Not only do they have zero deaths, they have zero local transmissions. Mongolia didn’t flatten the curve or crush the curve — they were just like ‘fuck curves’. In Mongolia, there simply wasn't an epidemic at all. And no, they didn’t just get lucky.

30 Thought-Provoking Digital Illustrations That Expose The Flaws Of Our Modern Society Art has recently grown into a relatively strong medium to convey critique. Whether it's of the way we live our lives, the way “things are done” in our society, or the way we abuse the planet (or abuse each other). In a world where a single picture can tell a thousand words—how information is much more consumed via imagery rather than language—art turns out to be an effective way to understand the scope of an issue and to call for change. This is the trajectory that artist and illustrator Davide Bonazzi has also chosen.

Rebecca Solnit: How Change Happens We are building something immense together that, though invisible and immaterial, is a structure, one we reside within—or, rather, many overlapping structures. They’re assembled from ideas, visions and values emerging out of conversations, essays, editorials, arguments, slogans, social-media messages, books, protests, and demonstrations. About race, class, gender, sexuality; about nature, power, climate, the interconnectedness of all things; about compassion, generosity, collectivity, communion; about justice, equality, possibility. Though there are individual voices and people who got there first, these are collective projects that matter not when one person says something but when a million integrate it into how they see and act in the world. The we who inhabits those structures grows as what was once subversive or transgressive settles in as normal, as people outside the walls wake up one day inside them and forget they were ever anywhere else.