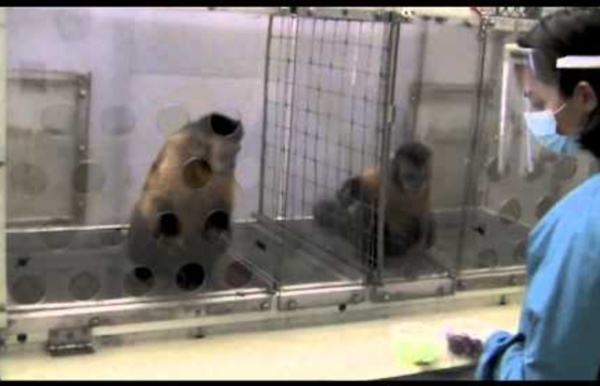 Backward bending supply curve of labour This labour supply curve shows how the change in real wage rates affects the number of hours worked by employees. In economics, a backward-bending supply curve of labour or backward-bending labour supply curve is a graphical device showing a situation in which, as "real" or inflation-corrected wages increase beyond a certain level, people will substitute leisure (non-paid time) for paid work-time and thus higher wages lead to less labor-time being offered for sale.[1] The "labor-leisure" tradeoff is the tradeoff faced by wage-earning human beings between the amount of time spent engaged in wage-paying work (assumed to be unpleasant) and satisfaction-generating non-paid time that allows (1) participation in "leisure" activities and (2) use of time to do necessary self-maintenance, such as sleep.

Guns in movies replaced with thumbs-ups [15 pictures] The site Thumbs & Ammo takes stills from violent scenes in movies and replaces the weaponry with that classic symbol of positivity — the thumbs-up — because “real tough guys don’t need guns, they just need a positive, can-do attitude.” The silly edits make for some pretty funny pics (even if the resulting movies would be much more boring). Here are some of the best… Tit for tat In Western business cultures, a handshake when meeting someone is an example of initial cooperation. Tit for tat is an English saying meaning "equivalent retaliation". It is also a highly effective strategy in game theory for the iterated prisoner's dilemma. The strategy was first introduced by Anatol Rapoport in Robert Axelrod's two tournaments,[1] held around 1980. Notably, it was (on both occasions) both the simplest strategy and the most successful.[2]

Love, Teach: 16 Things You Can Do While Actively Monitoring during Standardized Testing (or the next time you’re crazy bored) I know I use a lot of superlatives, but administering standardized tests is pretty close to the worst. Let’s stop for a second. I know what you’re thinking. Can Money Buy Innovation? Even in our money-driven society, the power of money has limits: there are certain things money can’t buy. Love and happiness come to mind first, but a popular list of things that can’t be supposedly bought with money is much longer and includes such items as “25-hour day,” “clear conscience” and (my favorite) “an honest politician.” Some would add one more item to this list: innovation. 52 Of The Most Common Myths and Misconceptions Debunked In One Infographic Did you know that black belts do not indicate ninja-level mastery, adding only a sprinkle of salt to fresh water does not make it boil quicker, and that sharks do get cancer? These are all part of the myths and misconceptions infographic created by London-based author, data-journalist and information designer David McCandless. The chart is organized by colored topic (ie. orange for food and green for nature) and sized relative to its “virulence”—how many hits the question turns up on Google. David McCandless / Information is Beautiful

Equity theory Equity theory is a theory that attempts to explain relational satisfaction in terms of perceptions of fair/unfair distributions of resources within interpersonal relationships. Considered one of the justice theories, equity theory was first developed in 1963 by John Stacey Adams, a workplace and behavioral psychologist, who asserted that employees seek to maintain equity between the inputs that they bring to a job and the outcomes that they receive from it against the perceived inputs and outcomes of others (Adams, 1965). The belief is that people value fair treatment which causes them to be motivated to keep the fairness maintained within the relationships of their co-workers and the organization. The structure of equity in the workplace is based on the ratio of inputs to outcomes. Inputs are the contributions made by the employee for the organization. Background[edit]

6 Most Hilarious & Fun Science Websites Are you still searching for the fun in science? Maybe you need to take a look at its other side, the less serious and factual one. Let me tell you it exists, after all science is made by humans. Like anywhere else, you will find all sorts of characters among scientists. Think about this: everything humans have created is so complex and diverse because it reflects the minds behind it.

Category:Motivation Motivation is a word used to refer to the reason or reasons for engaging in a particular behavior, especially human behavior as studied in psychology and neuropsychology. Subcategories This category has the following 12 subcategories, out of 12 total. Pages in category "Motivation" The following 97 pages are in this category, out of 97 total.