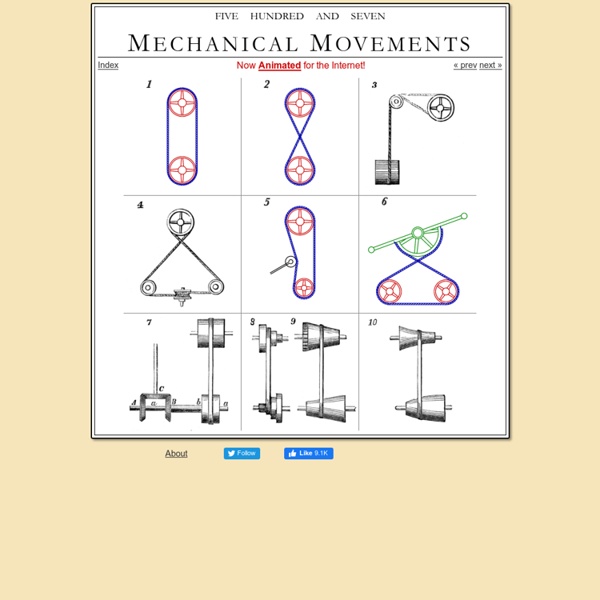 Wait... you said they were animated! Ah, yes… well, unfortunately we do not have all the animations working yet, but we do have quite a few. Look for the color thumbnails. They identify the completed animations. Use the prev and next links (above right) to browse the thumbnail pages. As time goes on, we’ll be adding more until all 507 are complete.

Skydio 2 - The New Quadcopter Drone that's Made in America 4th October 2019 Aerial Photography,Drone Manufacturer,Drone Startups,Drones,Latest News,Quadcopters,UAV Design,unmanned drone industry A new quadcopter drone has been announced, the Skydio 2 boasts groundbreaking AI that can help it fly around objects, video camera technology that produces 4K footage at 6o fps , Sony 12.3MP CMOS sensor for stills, speeds of up to 36mph and 23 minute flight times. Over the years competitors with alternative drones to DJI drone products have come and gone but at last it seems we have a serious competitor to the DJI Phantom and DJI Mavic series drones. American drone manufacturer Skydio have just announced the launch of their Skydio 2 drone. The new drone looks great and the specs are pretty cool.

Gallery: Using design to build a community Architect Diébédo Francis Kéré (TED Talk: How to build with clay … and community) designs with both people and sustainability in mind. Raised in Burkina Faso, though he’s now based in Berlin, Kéré is always keen to include community-oriented spaces that invite people to sit down and engage in thoughtful conversation. The central nature of community is a concept he has borrowed from Burkinabe tradition, and it’s one that plays a fundamental role in his design thinking. His architecture is pragmatic yet quietly playful, driven by a desire to make the most of (sometimes minimal) local resources. So what does he think makes a great community space? Math, Physics, and Engineering Applets Oscillations and Waves Acoustics Signal Processing Electricity and Magnetism: Statics

Learn the history of Kolmanskop, a Namibian ghost town covered in sand Brightly colored wallpaper peeling off the walls, dilapidated houses now inundated in rolling banks of sand … this is Kolmanskop, a ghost town in southern Africa’s Namib Desert, in the middle of a region known as “the forbidden zone.” And the story of how it got here is about as strange as the sight of the town today. (See nine of the world’s best ghost towns.) A strange, painful history

Animal Parade A database containing examples and information is not always enough. Who would not love to feel and smell the wood too? For this purpose, we introduce FSC® Animal Parade – a series of three animals made from 36 lesser-known timber species kindly donated by partnering companies. In the accompanying book you will find specifications and real-life wood samples. Each piece of wood has a number carved into it, which guides you to a page containing technical information, pictures and a brief description of that species.

Baking Pi - Operating Systems Development This course has not yet been updated to work with the Raspberry Pi models B+ and A+. Some elements may not work, in particular the first few lessons about the LED. It has also not been updated for Raspberry Pi v2. Welcome to Baking Pi: Operating Systems Development! The Natter Was A Rocket-Based Wooden Aircraft By Germany Towards the end of World War II, an effort was made by Germany to take down the American bombers that were wreaking havoc in Germany. The Natter (grass snake) was developed as an inexpensive and easy to build interceptor that made use of the recently developed rocket technology for its flight. The aircraft was designed for single use but was utilized too late to have any kind of effect in tipping the scales of war. The Natter was the last-ditch effort by Germany that was taking quite a hit – literally – thanks to the allied bombing that was continuously ongoing.

Gear Up! Top 10 Places to Find DIY Supplies Home Depot, Michael’s, and other big-box stores are the go-to if you’re looking for a claw hammer or knitting needles, but what if you’re looking for an Erlenmeyer flask to use as a wine decanter? For just such cases, we created this bookmark-worthy list of web-based retailers that traffic in obscure tools and artisanal materials. Whether you’re a proto-Banksy looking for quality spray paint, a green-thumb on the hunt for exotic seeds, or a rookie robot-builder who needs a PCB, you’ll find what you need at one of these stores. Smooth-On Twitter took phone numbers users gave for account security and used them to target ads In July, the Federal Trade Commission (FTC) said Facebook had broken the law when it engaged in a similar practice. The FTC fined Facebook $5 billion for that and a litany of other instances where it mishandled user data. Twitter users are asked to provide information like their phone number to help secure their account through services such as two-factor authentication.

Prusa i3 Improved for laser cut by twelvepro We found latest Prusa i3 printer design, the one Josef Prusa showed at Makerfaire this year in New York, for its elegant simplicity, but hinge like connection between Y axis assembly and frame needed improvement, in our opinion. Using CAD software we reworked Prusa i3 design: Laser cut frame was stiffen by adding two angle members connected to the rear side of Y axis assembly. Original, printed Z Axis mounting parts proven to be easy to break, which is why we replaced them with stronger laser cut parts. We did not like loose ends on Z Axis lead screw (similar to Printrbot design), therefore we added miniature flanged ball bearing on each side, to support lead screws on the top. All printed plastic parts were slightly changed, we felt that we should give them additional strength and better cosmetic appearance.