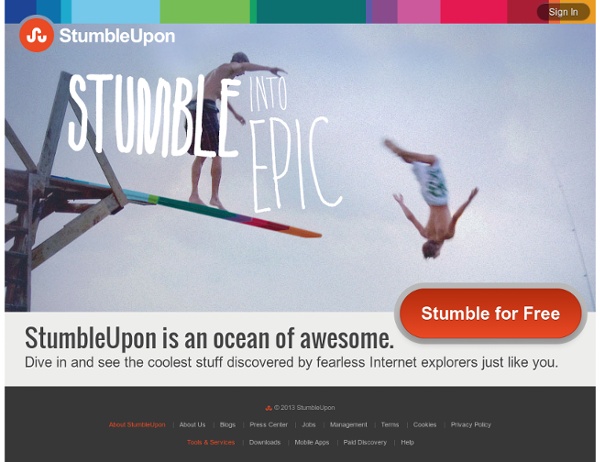 What makes a hero? - Matthew Winkler The Hero Archetype in Literature, Religion, and Popular Culture: (along with a useful PowerPoint presentation teachers can download at this URL: )Maricopa Center for Learning and Instruction (users embark on their own hero's journey): American Masters Lesson from PBS for Teachers on George Lucas, the Power of Myth, and the Hero's Journey: an interactive approach to the Hero's Journey: of course, information about Joseph Campbell's works on the subject, on the Joseph Campbell Foundation site:The Hero With A Thousand Faces Hero's Journey (semi-biographical film): the stories of (a) Odin hanging from the world tree, Yggdrasil, (b) the Buddha seated under the Bodhi Tree, and (c) the crucifixion of Jesus Christ. Do all of these religious episodes follow the pattern of the hero’s journey? Find a comparable story from another continent. Does it follow the hero’s journey pattern?Challenge the paradigm.

A Beautiful Mess I love using cloth napkins to dress up our dinner table, and through the years I've grown even more fond of their sustainability and cost effectiveness. Though, I'm not sure how cost effective it is if you keep buying more and more cloth napkins each year! This holiday season I thought it would be fun to look at how I could dress up the napkins I already own to give them an extra festive vibe. Check out three simple ways you can give new life to your table linens. Obscure Words According to the Global Language Monitor, English has more than 1,000,000 words (although even large dictionaries tend to contain about a third or a fourth), more than any other language spoken on Earth (that's more than thrice the amount of words in Spanish alone, another leading language in amount of words). Yet, most people only know 5,000 - 6,000! Of course, often, not much more than that is needed; English has an incredible amount of words with the exact same meaning. As said by About.com, English has only 250,000 - 300,000 when only "normal" words are counted; the rest are obsolete words, technical terms, or jargon that has more or less entered our language.

Rori Raye's Have The Relationship You Want: Relationship Advice for Women What if you could learn how to transform your love life – even if there's no man at all, or he's pulling away and you feel alone, scared and angry... What if you knew how to change everything? I'll teach you simple shifts in your words and body language that help you connect to a man where it counts... his heart. IBM's Smarter Cities Billboard Campaign Billboards are meant to distract and annoy, to draw attention and to not fit in. In its recent on-street ad campaign, IBM promotes its People for Smart Cities Program with billboards that are even more invasive. Ogilvy & Mather France took the concept of the board and bent it into shapes that could – with some effort – be seen as solutions for a somewhat smarter city, London and Paris in this case. A board bends to become a bench, a rain shelter or a ramp over stairs. It is still visual clutter, it is still preaching something, but at least it is doing it with a bit more imagination than just pushing a loud message. How many citizens actually paid attention to IBM’s message on the street while perusing the practical benefits of the boards, we don’t know, but the social media attention this campaign is achieving has certainly worked its magic.

My Yahoo! AOL and Yahoo have come together as Oath, a part of Verizon. By continuing to use our services, you agree to Oath’s new Terms of Service and Privacy Policy. Below is a summary of some of the key updates. How we collect and use data. 5. Philosophy and Basic Beliefs The word "philosophy" comes from two roots, "philo" and "Sophia," which mean "love" and "Wisdom." Thus philosophy is the love of wisdom and, in actual practice, the pursuit, study of, and enquiry into wisdom. Some great philosophers have called philosophy the art of thinking; others have described it as the systematic study of human thought and feeling. Still others have said that whereas in real life people think about things, in philosophy they think about thinking. So, here begins the initial journey of thinking about thinking.

My Boyfriend Says He Needs More Time - What Does That Mean? Some intimate relationships are harmonious and they move into different phases with ease. There is the initial dating phase which then migrates to a committed relationship phase which eventually matures into the final bonding of a marriage. This is of course the ideal situation. Not all relationships work so smoothly. The issue of commitment in a relationship is usually what puts off many guys. They are either not ready for it or they just want to avoid it.