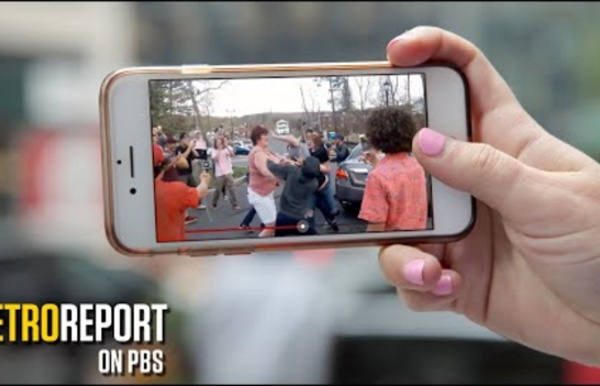 TODAYonline I refer to the news reports of the fatal traffic accident on Sunday (Dec 29) at Lucky Plaza. I applaud the Good Samaritans who unselfishly helped to lift up the car, pulled the victims out and attended to them. These are acts of true heroism. 'I just wanted to save her life,' says 15-year-old heroine who helped road accident victim, Singapore News SINGAPORE - Diniy Qurratuaini learnt first-aid skills in school as a national civil defence cadet, but she never imagined that one day she would single-handedly resuscitate a victim of a road accident. The 15-year-old performed cardiopulmonary resuscitation (CPR) on a woman who had been hit by a bus. She knew that after five cycles of CPR, she would need the help of an automated external defibrillator. "My arms started to hurt.

10 Notorious Cases of the Bystander Effect The bystander effect is the somewhat controversial name given to a social psychological phenomenon in cases where individuals do not offer help in an emergency situation when other people are present. The probability of help has in the past been thought to be inversely proportional to the number of bystanders. In other words, the greater the number of bystanders, the less likely it is that any one of them will help. This list describes the prototype of the effect and cites nine particularly heinous examples. The Parable of The Good Samaritan First, the prototype of the bystander effect. What the Kitty Genovese Killing Can Teach Today’s Digital Bystanders As Retro Report notes, two social psychologists in New York, John M. Darley and Bibb Latané, conducted experiments that led them to posit that Ms. Genovese might have survived had there been fewer witnesses. Numbers can inhibit action, they concluded. “You think that if there are many people who are witness to something that other people certainly already have done something — why should it be me?”

The man who has saved 92 crash victims image copyrightMansi Thapliyal Most doctors in the emergency care units of the Indian capital Delhi's state-run hospitals know Suraj Prakash Vaid. The 66-year-old former taxi driver is called "the man of the Golden Hour". The term refers to the 60 minutes immediately after a potentially fatal accident. What happens to a casualty during that time is vital to their chances of survival. From Empathy to Apathy: The Bystander Effect Revisited - Ruud Hortensius, Beatrice de Gelder, 2018 When people are asked whether they would spontaneously assist a person in an emergency situation, almost everyone will reply positively. Although we all imagine ourselves heroes, the fact is that many people refrain from helping in real life, especially when we are aware that other people are present at the scene. In the late 1960s, John M.

The 21st century bystander effect happens every day online If you’re going to fall, injure yourself and need help, where is a good place to do it? Should you choose a busy thoroughfare or a deserted backstreet? Statistics and experiments in social psychology will tell you that if you need help, you should avoid dropping in a busy street, even if hundreds of people are passing through. This is because of a phenomenon known as the bystander effect. The more individuals gathered in one place, the less chance there is of one of them coming to the aid of a person in need.

Man disappointed after crowd took photos of accident victim instead of helping to lift bus, Singapore News SINGAPORE (THE NEW PAPER) - Mr Albert Leow was at home when he heard a loud crash. When he looked out the window, he was horrified to see a man pinned under an SBS Transit double-decker bus. Mr Leow called the police and rushed down to help the victim. Recalling a video showing a group of people lifting a lorry to free a trapped victim in an accident in July last year, Mr Leow, 41, thought the 20 to 30 people who had gathered there could do the same. But he was dismayed when several of them were more interested in taking pictures and videos of the trapped man instead of helping him. What Is Diffusion Of Responsibility And How Does It Show Up In Real Life? By: Joanna Smykowski Updated February 13, 2020 Medically Reviewed By: Lauren Guilbeault Content/Trigger Warning: Please be advised, the below article might mention trauma-related topics that include sexual assault & violence which could potentially be triggering.

Disturbing bullying reports can be used to teach kids about bystander intervention, advocates say Advocates say shocking new videos showing extreme bullying offer parents and educators an opportunity to teach young witnesses the importance of bystander intervention. "Targeting behavioural change from the bully is not as effective as targeting the bystander to make a culture shift," said Gordana Skrba of the Ontario Federation for Cerebral Palsy. A video posted Nov. 8 showed a 14-year-old Nova Scotia boy with cerebral palsy lying down in a stream as a girl steps on his back. About 20 students were watching, some filming on their phones. Then came last week's news about two videotaped incidents at St. Michael's College School in Toronto.