(2) How American CEOs got so rich 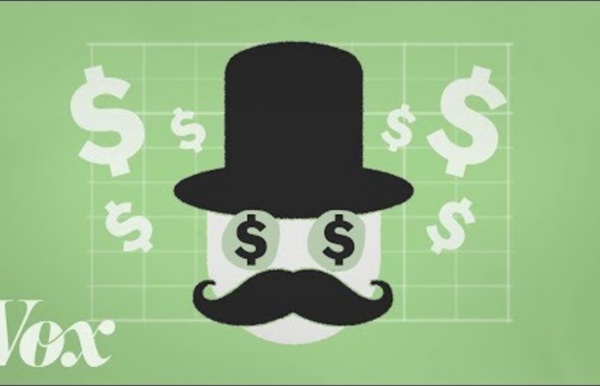 Did Obama's Last 3 Years See More Jobs Created Than Trump's First 3? Yes In February 2020, we received multiple inquiries from readers about the veracity of social media posts and news articles which claimed that the U.S. economy had added 1.5 million more jobs during former President Barack Obama’s final three years in office, than it did during President Donald Trump’s first three years. On Feb. 17, Rep. Carolyn Maloney, D-New York, tweeted that Obama had “created 1.5 million more jobs in his last 3 years than Donald Trump has in his first 3 years.”

David Attenborough Netflix documentary: Australian scientists break down in tears over climate crisis One of Australia’s leading coral reef scientists is seen breaking down in tears at the decline of the Great Barrier Reef during a new Sir David Attenborough documentary to be released globally on Friday evening. Prof Terry Hughes is recounting three coral bleaching monitoring missions in 2016, 2017 and 2020 when he says: “It’s a job I hoped I would never have to do because it’s actually very confronting …” before tears cut him short. The emotional scene comes during the new Netflix documentary, Breaking Boundaries: The Science of Our Planet, and shows the toll the demise of the planet’s natural places is having on some of the people who study them. The film visits scientists working on melting ice, the degradation of the Amazon, and the loss of biodiversity, and looks at a 2019/2020 “summer from hell” for Australia that featured unprecedented bushfires and the most widespread bleaching of corals ever recorded on the Great Barrier reef.

30 Major U.S. Companies Spent More on Lobbying than Taxes Eamon Murphy, AOL.com Dec 13th 2011 11:00AM Thirty large American corporations spent more money on lobbying than they paid in federal taxes from 2008 to 2010, according to a report from the nonpartisan reform group Public Campaign. All of the companies were profitable at the time. Dresden: The World War Two bombing 75 years on Image copyright Getty Images "The firestorm is incredible... Insane fear grips me and from then on I repeat one simple sentence to myself continuously: 'I don't want to burn to death'. I do not know how many people I fell over.

New Mexico does not give EBT cards to immigrants in U.S. illegally as they wait to see a judge A man driving efforts to privately fund and build a wall at the southern border claims that New Mexico is giving public benefits to immigrants in the country illegally. Brian Kolfage, president and founder of Build the Wall, Inc., called out New Mexico in a series of tweets this month. "Did u know the state of New Mexico gives all illegals emergency welfare, no process like Americans go through. I grew up in an off-the-grid Christian commune. Here's what I know about America's religious beliefs The only time I saw Brother Sam in person, he was marching like a soldier as he preached, with sweat running like tears from his temples and the Bible a heavy brick in his right hand. It was 1978, I was five, and my family had traveled to Lubbock, Texas, for a Body Convention, which was what we called the semi-annual gatherings of hundreds, sometimes thousands, of members of The Body, or Body of Christ, an expansive network of charismatic communities created almost singlehandedly by Brother Sam. My family lived on a Body Farm, a mostly off-grid outpost on the northern shore of Lake Superior, where I grew up singing, clapping, hollering and dancing in the Tabernacle aisles as shamelessly as King David. If this were a face-to-face conversation, you might stop me here, as many have.

Where to Stream 11 Essential Ken Burns Documentaries - NYT Watching Watching is The New York Times’s TV and film recommendation newsletter and website. Ken Burns is going to war again. On Sept. 17, he and his frequent collaborator Lynn Novick will return to PBS with “The Vietnam War,” a 10-part, 18-hour documentary exploring the conflict. In anticipation, we’ve put together a guide to the best of his documentaries available online, whether you want something relatively short by Burns standards (under two hours), luxuriously long (eight hours or more) or somewhere in between. I Want Snack-Size Burns

Bully, coward, victim? Inside the sinister world of Trump mentor Roy Cohn Back in 2004, with the documentary Heir to an Execution, Ivy Meeropol began the decades-spanning project of exorcising the demon haunting her family. The Academy-shortlisted film sheds some light on the dark heritage of the Meeropol kids, descended as they are from Julius and Ethel Rosenberg, the couple executed by the United States government in 1953 having been convicted of sharing military secrets with the Soviet Union. When not teaching as an economics professor, Ivy’s father Michael spent most of his adult life on a crusade to restore and advocate for the reputation of his late parents, after years of defamation from the sinister prosecutor in the case Roy Cohn. Ivy’s film-making brought some elusive semblance of closure to this process – until, that is, early November 2016.

Pocket - Poor teeth click 2x I am bone of the bone of them that live in trailer homes. I grew up next to Tiffany ‘Pennsatucky’ Doggett, the hostile former drug addict from the prison TV drama Orange Is the New Black. I know her by her teeth. Pennsatucky – a scrappy slip of a woman menacing, beating and proselytising to fellow inmates – stole the show during the first season of the Netflix prison series. But amid an ensemble cast of similarly riveting, dangerous characters, it was her grey, jagged teeth that shocked viewers into repulsed fixation. She was the villain among villains, a monster that fans loved to hate; ‘Pennsatucky teeth’ became a pejorative in social media.

Daily Reads: Sen. Corker on the Hot Seat for Tax Bill Reversal; Bill Will 'Turbocharge' Inequality in US – BillMoyers.com Editor’s Note: Tomorrow will be the last day for our Daily Reads post and newsletter. BillMoyers.com will be going into archive mode due to Bill’s retirement. Read more about that here. On the hot seat –> This morning, it’s Sen. Bob Corker (R-TN), who voted against the Senate version of the tax bill and then changed his mind on Friday, saying he would support the final version that was hammered out by House and Senate negotiators.

'The goal is to automate us': welcome to the age of surveillance capitalism We’re living through the most profound transformation in our information environment since Johannes Gutenberg’s invention of printing in circa 1439. And the problem with living through a revolution is that it’s impossible to take the long view of what’s happening. Hindsight is the only exact science in this business, and in that long run we’re all dead. 'This is a war': Republicans ramp up bid to control election maps for next decade A little-known Republican group is ramping up millions of dollars in funding from major US corporations such as CitiGroup and Chevron to protect the conservative stronghold on the country. The Republican State Leadership Committee (RSLC) – which held the key to the GOP’s political takeover a decade ago – launched the Right Lines 2020 campaign last September, taglined: “Socialism starts in the states. Let’s stop it there, too.” It’s hoping to meet a $125m investment goal in an effort to retain 42 state legislature seats that the group says are key to holding power in the House of Representatives in battleground states including Wisconsin, Texas, Florida and New York.

Can Religion Guide the Ethics of A.I.? “Alexa, are we humans special among other living things?” One sunny day last June, I sat before my computer screen and posed this question to an Amazon device 800 miles away, in the Seattle home of an artificial intelligence researcher named Shanen Boettcher. At first, Alexa spit out a default, avoidant answer: “Sorry, I’m not sure.” But after some cajoling from Mr. Boettcher (Alexa was having trouble accessing a script that he had provided), she revised her response.