Climate trillions frittered in the wind 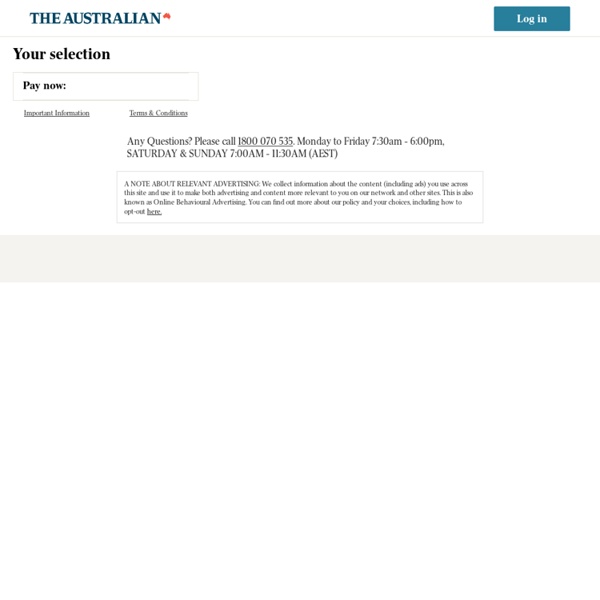 Energy Outlook 2019 Hello everyone and welcome to the launch of the 2019 Energy Outlook. It’s great to see so many of you here in St James’s Square. And a big welcome to the thousands of you that we see joining us on the webcast from around the world. While we have been issuing the Statistical Review for over sixty-five years, this is the ninth public edition of the Outlook, so many of you will already be familiar with what it does. And as I’m sure Spencer will remind you shortly, this is not a forecast. We do some pretty remarkable things in this industry but we draw a line at predicting the future!

Coronavirus vaccine: Swedish experience sparks vaccine fears As the world eagerly awaits the first doses of a coronavirus vaccine being rolled out, some in Sweden are watching with trepidation. For Meissa Chebbi, 21, who like hundreds of other young Swedes suffered debilitating narcolepsy after a mass vaccination campaign against the 2009-2010 swine flu pandemic, the vaccine is not something she will be rushing to get. “I will never recommend that,” Chebbi told AFP when asked about taking a speedily developed vaccine. “Unless you really have to take it because of life-threatening circumstances.” The Swedish case highlights the complex task governments face in rolling out vaccines against the coronavirus, especially at a time when rabid social media misinformation is feeding scepticism in state institutions and even about the disease itself.

Christian Porter allegations: Prime Minister Scott Morrison would support inquiry into woman's death Prime Minister Scott Morrison has said he would support a coronial inquiry into the death of a woman who accused Attorney-General Christian Porter of a historical rape. Mr Porter has strenuously denied the allegation. Mr Morrison stopped short of calling for such an inquiry, saying it was "entirely a matter for the South Australian Coroner". Despite this, he said if the coroner chose to go ahead with an inquiry he would support it. "The rule of law is the essential process by which all Australians are subject to," Mr Morrison said. "And there is an equality before the law as well. Yazidi genocide survivors will get compensation, but for some in Australia it's not enough For the Yazidi community, being able to get the closure of laying their loved ones to rest has been a long and almost impossible task. Shammo Silo and his two daughters resettled in the New South Wales regional city of Wagga Wagga in 2019, but his wife and three sons are still missing - he fears they are now dead. “No matter what, my heart will not be at ease,” he told SBS News.

untitled If you want to understand the revolution taking place in renewable energy, come to a power station called Gemasolar in southern Spain. Here, in the dusty plains of Andalusia, they have worked out how to generate solar power 24 hours a day. Yes, you can read that sentence again. At Gemasolar they create electricity even when the Sun is not shining. Narcolepsy fiasco spurs Covid vaccine fears in Sweden Take a vaccine developed in haste? Never again, says Meissa Chebbi, who, like hundreds of other young Swedes suffered debilitating narcolepsy after a mass vaccination campaign against the 2009-2010 swine flu pandemic. The experience has shaken Swedes' confidence in any future vaccine against the new coronavirus, compounding fears about unknown long-term side effects. "I will never recommend that," 21-year-old Chebbi told AFP when asked about taking a speedily developed vaccine. "Unless you really have to take it because of life-threatening circumstances."

'Deeply sorry': Linda Reynolds apologises to Brittany Higgins Prime Minister Scott Morrison has again given his support to Linda Reynolds, who came under fire for calling Brittany Higgins a "lying cow" after the former staffer made rape allegations. The defence minister apologised for her remarks today after a law firm representing Ms Higgins issued a demand for "an immediate and unequivocal public withdrawal of your comments and apology to our client for the hurt and distress caused". Mr Morrison agreed Senator Reynolds was right to issue an apology, but said the comments made in front of her staffers did not put her job on the line. "Linda Reynolds is returning. She's currently on leave and will return to her duties when her leave is finished. She maintains my confidence," Mr Morrison said.

Western Australia is heading to the polls, but candidates don't reflect the state's diversity Aaron Sawmadal’s path to the doors of Western Australia’s parliament is different from any member currently serving there. He spent much of his life living in a refugee camp during the First Liberian Civil War, before moving to Australia in 2006 at the age of 27. A cybersecurity analyst by profession, Mr Sawmadal has spent the past 15 years establishing community organisations to help new African migrants resettle in Perth’s north-eastern suburbs. “I still want to continue this work. I still want to give hope and aspirations to this community," he tells SBS News.

untitled Brine mining is by far the most common method of lithium recovery used today. But what is it, and how is brine mining used for lithium recovery? In this article, we’ll look at how and why brine mining relates to lithium production and explore how the principles of brine mining are leveraged to develop new lithium extraction technologies capable of isolating the metal from alternative sources. What is brine mining? Brine mining is the extraction of any desirable compounds or elements from a naturally occurring salt solution, such as brackish groundwater, seawater, and surface water (e.g. saline lakes). Did the Coronavirus Escape From a Lab? In 2011, a tall, confident Dutch scientist, Ron Fouchier, using grant money from Fauci’s group at NIH, created a mutant form of highly pathogenic avian influenza, H5N1, and passaged it ten times through ferrets in order to prove that he could “force” (his word) this potentially fatal disease to infect mammals, including humans, “via aerosols or respiratory droplets.” Fouchier said his findings indicated that these avian influenza viruses, thus forced, “pose a risk of becoming pandemic in humans.” This experiment was too much for some scientists: Why, out of a desire to prove that something extremely infectious could happen, would you make it happen? And why would the U.S. government feel compelled to pay for it to happen? Late in 2011, Marc Lipsitch of the Harvard School of Public Health got together with several other dismayed onlookers to ring the gong for caution.

Coronavirus vaccine Australia: Doctor in regional SA becomes first Australian to receive AstraZeneca COVID-19 vaccine Australia reached its second vaccine milestone this morning with the rollout of the new vaccine beginning in South Australia. The community of Murray Bridge will lead the nation in the rollout with 1000 doses arriving yesterday. Dr Phegan said she feels "privileged" to be the first person in the country to receive the jab. "I'm a GP consultant who works in the emergency department, I often roll up my sleeves to help out when they need a hand and I think it's really important to be a part of of the rollout and the solution to the COVID-19 pandemic," she said. "I hope I reassure people it's a safe vaccine ...

Scott Morrison rules out seeking Solicitor-General's advice on Christian Porter rape allegation Prime Minister Scott Morrison has ruled out seeking advice from the Solicitor-General over a historical rape allegation made against Attorney-General Christian Porter. Mr Porter has strenuously denied claims that he sexually assaulted a 16-year-old girl in Sydney in 1988 - when he was 17 years old. Former Solicitor-General Justin Gleeson has suggested the government seek legal advice on whether Mr Porter is a fit and proper person to hold the Attorney-General position. The Solicitor-General provides advice to the government on legal matters. How much energy does it take (on average) to produce 1 kilogram of the following materials? Note: 1 megajoule (MJ) = 277.77 watt-hour (Wh) Source: Environmentally benign manufacturing. Back to article "The monster footprint of digital technology"