China is Surveilling and Threatening Uighurs in the U.S. 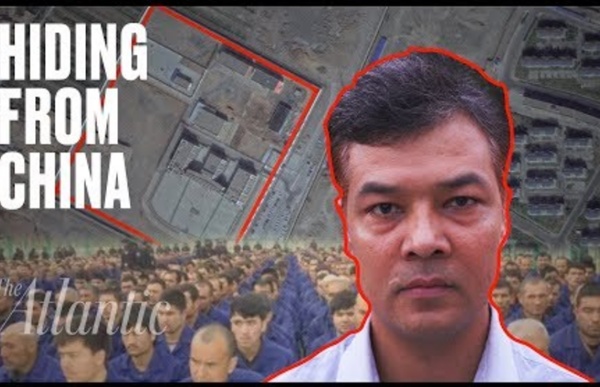 'A torrent of ghastly revelations': what military service taught me about America My first and only war tour took place in Afghanistan in 2010. I was a US Marine lieutenant then, a signals intelligence officer tasked with leading a platoon-size element of 80 to 90 men, spread across an area of operations the size of my home state of Connecticut, in the interception and exploitation of enemy communications. That was the official job description, anyway. The year-long reality consisted of a tangle of rearguard management and frontline supervision. How Native American tribes are bringing back the bison from brink of extinction On 5,000 hectares of unploughed prairie in north-eastern Montana, hundreds of wild bison roam once again. But this herd is not in a national park or a protected sanctuary – they are on tribal lands. Belonging to the Assiniboine and Sioux tribes of Fort Peck Reservation, the 340 bison is the largest conservation herd in the ongoing bison restoration efforts by North America’s Indigenous people. The bison – or as Native Americans call them, buffalo – are not just “sustenance,” according to Leroy Little Bear, a professor at the University of Lethbridge and a leader in the bison restoration efforts with the Blood Tribe.

Ants Among Elephants by Sujatha Gidla review – life as an ‘untouchable’ in modern India Not long ago, at a conference that brought together academics, writers and artists in Kochi in south India, the historian Vivek Dhareshwar unsettled his audience by saying that there was no such thing as caste – that it was a conceptual category the British used to understand and reduce India, which was internalised almost at once by Indians. “Caste” was not a translation of “jaati”, said Dhareshwar; “jaati” was a translation of “caste” – that is, the internalisation by Indians of the assumptions that the word caste involve meant they took its timelessness and authenticity for granted. Dhareshwar seemed to be implying – forcefully and outlandishly – that caste was at once a colonial inheritance and a habit of thinking, whose provenance no one felt the need to inquire into any longer.

The Trump file: Trump's 10 top falsehoods of 2018 President Donald Trump has twice garnered PolitiFact’s Lie of the Year "prize." Readers argued that he was again worthy of the recognition. Readers selected his Pants on Fire comment about Democrats wanting to "invite caravan after caravan" of immigrants into the country with a swath of free benefits and voting privileges as the year’s most outrageous claim. The editors at PolitiFact found the efforts to smear survivors of the Parkland school shooting so low and ugly that those lies should be acknowledged amid growing effort to reign the most vile efforts manipulating minds via the internet in today’s society. Numerous news and fact-checking initiatives have chronicled Trump’s extensive record of making statements that are blatantly false or misleading. Pundits and historians say the president’s dismissal of objective information — especially if it is at odds with his political preferences — is so frequent and intense that he stands apart from his predecessors.

Revealed: Google's 'two-tier' workforce training document Google staff are instructed not to reward certain workers with perks like T-shirts, invite them to all-hands meetings, or allow them to engage in professional development training, an internal training document seen by the Guardian reveals. The guide instructs Google employees on the ins and outs of interacting with its tens of thousands of temps, vendors and contractors – a class of worker known at Google as TVCs. “Working with TVCs and Googlers is different,” the training documentation, titled the The ABCs of TVCs, explains. “Our policies exist because TVC working arrangements can carry significant risks.”

The Root of All Cruelty? The philosopher David Livingstone Smith, commenting on this episode on social media, wondered whether its writer had read his book “Less Than Human: Why We Demean, Enslave, and Exterminate Others” (St. Martin’s). It’s a thoughtful and exhaustive exploration of human cruelty, and the episode perfectly captures its core idea: that acts such as genocide happen when one fails to appreciate the humanity of others. One focus of Smith’s book is the attitudes of slave owners; the seventeenth-century missionary Morgan Godwyn observed that they believed the Negroes, “though in their Figure they carry some resemblances of Manhood, yet are indeed no Men” but, rather, “Creatures destitute of Souls, to be ranked among Brute Beasts, and treated accordingly.” Then there’s the Holocaust.

Religion and refugees are deeply entwined in the US Robert Bowers lashed out at what he believed to be a Jewish plot to bring more refugees and asylum seekers to the U.S. before allegedly murdering 11 people at the Tree of Life synagogue in Pittsburgh. Bowers’s claim that HIAS, a prominent Jewish humanitarian organization, was bringing migrants from Honduras, El Salvador and Guatemala northward to commit violence was false. But it is true that many religious communities in the U.S., including American Jews, have long supported refugees and asylum-seeking migrants who arrive in the U.S. In my research on the nonprofits that resettle and assist these newcomers, I’ve found that while religious communities continue to do this work through faith-based nonprofits and individual congregations, there are signs that some white Christians no longer support this mission. Religious advocacy on behalf of refugees

PHOTOS: Book Looks At The Tattoos Of A Tribe Of Former Headhunters : Goats and Soda Chingham Chatrahpa, 75, shows off his facial and neck tattoos. A face tattoo would be etched after a man's first headhunting expedition, usually at the age of 18-to-25 years. Only a warrior who decapitated an enemy could get a neck tattoo. Peter Bos hide caption toggle caption Peter Bos The bad behavior of the richest: what I learned from wealth managers If nearly a decade interviewing the wealth managers for the 1% taught me anything, it is that the ultra-rich and the ultra-poor have a lot more in common than stereotypes might lead you to believe. In conversation, wealth managers kept coming back to the flamboyant vices of their clients. It was quite unexpected, in the course of discussing tax avoidance, to hear professional service providers say things like: “I’ve told my colleagues: ‘If I ever become like some of our clients, shoot me.’

Human rights body calls on US school to ban electric shocks on children An international body entrusted with upholding human rights across the Americas has called for an immediate ban on the controversial use of electric shocks on severely disabled children in a school outside Boston. The Judge Rotenberg Center in Canton, Massachusetts, is believed to be the only school in the world that routinely inflicts high-powered electric shocks as a form of punishment on vulnerable children and adults. About 47 of its students are currently subjected to the “treatment”, which involves individuals being zapped with electric currents far more powerful than those discharged by stun guns. John Oliver on Monty Python: 'inspirational idiots who changed comedy' Writing about the importance of Monty Python is basically pointless. Citing them as an influence is almost redundant. It’s assumed. In fact, from now on it’s probably more efficient to say that comedy writers should have to explicitly state that they don’t owe a significant debt to Monty Python.

A Danish word the world needs to combat stress: Pyt Danes are some of the happiest people in the world, and they also happen to have a lot of cool words for ways to be happy. You may have heard about “hygge,” which has been the subject of countless books, articles and commercials. Often mistranslated to mean “cozy,” it really describes the process of creating intimacy. But another word “pyt” – which sort of sounds like “pid” – was recently voted the most popular word by Danes, beating out “dvæle” (to linger) and “krænkelsesparat” (ready to take offense). Pyt doesn’t have an exact English translation. It’s more a cultural concept about cultivating healthy thoughts to deal with stress.