What is Negative Reinforcement? 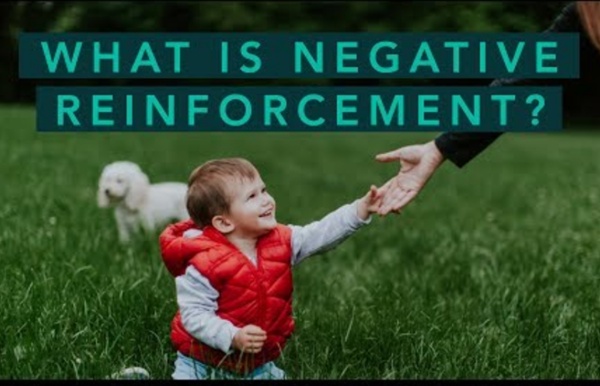 Reinforcement vs. Punishment: What They Are & 12 Examples "Reinforcement is anything that increases the likelihood that a person will exhibit the same behavior again in the future," says licensed psychologist Nicole Beurkens, Ph.D., CNS. "You are aiming to increase a desired behavior such as speaking politely, doing chores, playing nicely with siblings, and so on." And chances are you're likely doing this already in some capacity: You praise your kid for tidying up after themselves, you compliment them after getting good grades in school, you take them out for a treat after hitting a milestone or doing well in an extracurricular. As Pressman tells us, it's simply "giving kids attention for a certain behavior." However, reinforcement can backfire, if done incorrectly.

Parents' Use of Physical Punishment Increases Violent Behavior Among Youth Violent behavior is one of the leading causes of mortality among youth. Research has revealed numerous predictors of violent behavior among youth, many of which relate to various forms of violence exposure (e.g., media violence, bullying, neighborhood violence, corporal punishment, etc.). In this study, researchers examined the relationship between young adolescents’ involvement in and attitudes toward violence, parental use of physical punishment, and parental expectations of violence use (both perceived and stated) among youth. The study was conducted with the participation of 134 parents and their children (aged 10-15 years), focusing on both urban and suburban populations.

Negative Reinforcement: What Is It and How Does It Work? What is negative reinforcement? Negative reinforcement is a method that can be used to help teach specific behaviors. With negative reinforcement, something uncomfortable or otherwise unpleasant is taken away in response to a stimulus. Over time, the target behavior should increase with the expectation that the unpleasant thing will be taken away. Read on to learn more about this type of learning. The Difference between Positive/Negative Reinforcement and Positive/Negative Punishment February 5, 2013 7:40 pm Published by Kelley Prince M.A., BCBA In Applied Behavior Analysis, there are two types of reinforcement and punishment: positive and negative. It can be difficult to distinguish between the four of these. Therefore, the purpose of this blog is to explain the differences in order to help parents and professionals develop appropriate interventions to improve behavior. Reinforcement

Positive vs Negative Reinforcement: Which Is More Effective? Table of Content: 1. What is Reinforcement? 2. What are the different types of Reinforcement? 3. Why you should stop yelling at your kids The use of spanking to discipline children has been in decline for 50 years. But yelling? Almost everybody still yells at their kids sometimes, even the parents who know it doesn’t work. Yelling may be the most widespread parental stupidity around today. Reinforcement vs. Punishment: Changing Behavior Being a parent has been known as the best thing ever BUT also the most challenging endeavor you will encounter in your lifetime. Parents strive to raise a healthy and happy child that will one day grow up as a full-fledged mature and independent adult. But to successfully accomplish this goal, a parent must set forth structure or rules throughout their childhood to help them understand and be realigned when their behavior needs to be modified. When a parent recognizes the need to change a behavior, they will likely end up using either reinforcement, punishment, or a mixture of both.

It’s Not Discipline, It’s a Teachable Moment WHETHER facing a toddler temper tantrum or an insolent adolescent, every parent struggles to find the best way to discipline children. But many parents fail. A recent study found that 1 in 3 say the methods they use simply don’t work. The problem may not be the kids so much as the way parents define discipline. Childhood health experts say many parents think discipline means meting out punishment. But often the punishments parents use end up reinforcing the bad behavior instead of correcting it.