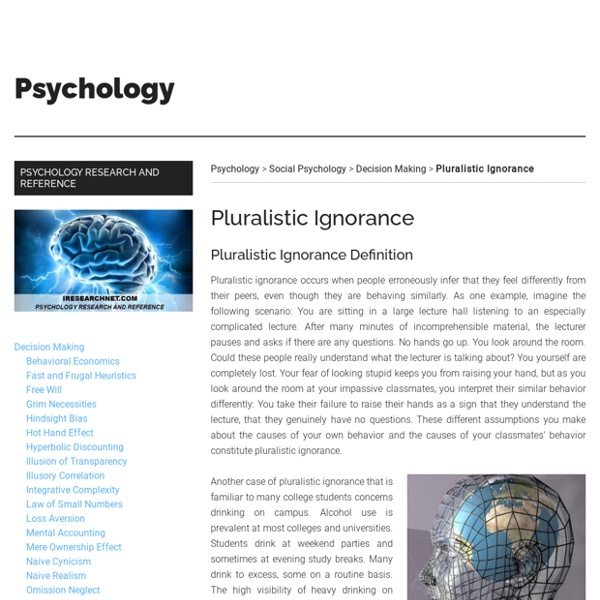 Asch Experiment Solomon Asch - Conformity Experiment By Saul McLeod, updated Dec 28, 2018 Solomon Asch conducted an experiment to investigate the extent to which social pressure from a majority group could affect a person to conform. The bystander effect is being made worse by people filming violent events on their smartphones On April 9, 2017, a video of a man being dragged off a United Airlines flight was posted on the internet and went viral. But I don’t need to tell you that. Each of your most outspoken Facebook friends probably posted about the event, highlighting the aspects of it that best reinforced their worldview. The incident was covered all over American media and even sparked outrage in China.

Participating in Bystander Intervention Programmes ​The likelihood of a victim's survival will increase more than threefold with intervention. PHOTO: ST FILE SINGAPORE - A study has found that three measures, when applied together, have more than doubled the likelihood of bystanders performing cardiopulmonary resuscitation (CPR) on cardiac arrest victims in Singapore. Dispatch-assisted CPR, CPR and automated external defibrillator training, and the Singapore Civil Defence Force's myResponder app were found to have increased the responses of bystanders giving life-saving assistance to heart attack victims before paramedics attended to them. Dispatch-assisted CPR refers to CPR that is administered under the guidance of a first responder, such as a paramedic who may, through a phone call, assess the situation and give instructions to a bystander, who then performs CPR. The study was conducted by researchers at the Duke-NUS Medical School, Duke University, and several organisations here, and published in August.

Khaseen Morris: Teen held for killing that bystanders filmed Image copyright Nassau County Police A New York teenager has been charged with the fatal stabbing of a 16-year-old boy whom bystanders filmed bleeding to death. Tyler Flach, 18, is accused of second-degree murder in the deadly after-school brawl that broke out not far from the victim's Long Island school. How to Overcome the Bystander Effect Psychologists have long been interested in exactly why and when we help other people. There has also been a tremendous amount of interest in the reasons why we sometimes don't help others. The bystander effect is a social phenomenon that occurs when people fail to help those in need due to the presence of other people. In many cases, people feel that since there are other people around, surely someone else will leap into action.1

Reducing the Bystander Effect As discussed, there are a number of factors that magnify the Bystander Effect. Fortunately, there are also a number of factors that weaken it. Once again, factors can be divided into characteristics of the situation, and of the people. Situational characteristics Six Ways to Boost Your “Habits of Helping” In 2008, I lost my job of 20 years and uprooted my family to pursue a new position. The move strained my marriage, my relationship with my son, my sense of well-being. Like many Americans in their 50s who thought they were more or less past any financial worries, I found myself anxious for the first time in years. I know my story is not unusual. These are hard times.

Sexual assaults Sexual assault, pushed into public conversation by the #MeToo movement, once again dominates the U.S. news cycle. Supreme Court nominee Brett Kavanaugh faces allegations that he sexually assaulted professor Christine Blasey Ford, a former high school classmate. The allegations have led to a number of important questions regarding victim testimony, the veracity of memory and the justice system in America.