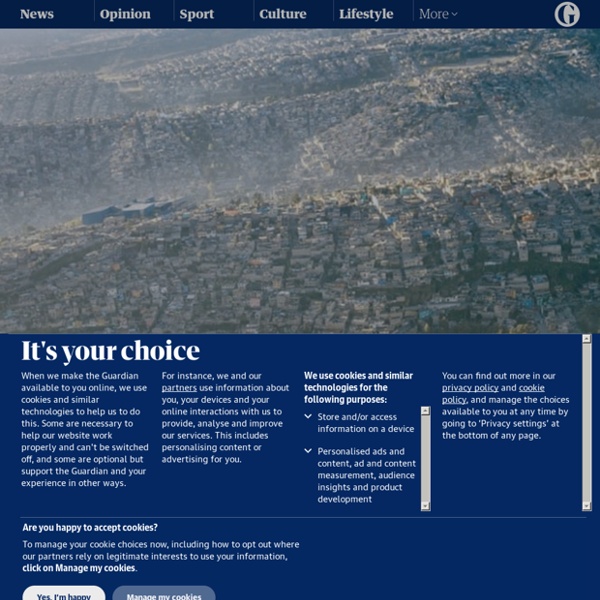 The Heroes Unit: Subunit 1 – Qualities of a Hero and the Heroic Journey – The... This is a mammoth of a blog post, so I am going to split it up into three parts for your viewing pleasure.This unit is on Heroes with three subunits – fictional heroes, modern day heroes and personal heroes. You can go through it in about 2 -3 months. Do me a favour. Ask your students who their heroes are.

Reading Exercise - Pollution upper-intermediate Did you know that pollution causes premature death all over the world? Learn about the main types of pollution and their associated health risks in this reading exercise. You can find the meaning of the words in bold by checking the vocabulary list below, and you can check your understanding by doing the Pollution Comprehension Quiz. Water, Air and Soil Contamination Pollution is an environmental concern for people throughout the world. Photos of Cultural Fashion Clothing Around the World Most global fashions aren’t fads. They arise from centuries of tradition and don’t go out of vogue when the seasons change: the bold beadwork of the Maasai in the Serengeti, the endless folds of a bright blue Tuareg head wrap in the Sahara, a Scottish tartan. Here are some of the world’s most notable fashions and the people who wear them—plus tips on borrowing the styles when you get back home. Beads Maasai

Q & A – Construction Details – Steel beams Steel beams welded and bolted to the structural members of a building is one way that eliminate a bunch of columns that could interrupt the expansive space, with its multiple use options commonly found in a custom home. The open floor plans that have become so popular have their challenges. How do we support the loads from above? We are literally missing internal walls, where we normally could pick up above loads.

GAO: Climate change already costing US billions in losses WASHINGTON (AP) — A non-partisan federal watchdog says climate change is already costing U.S. taxpayers billions of dollars each year, with those costs expected to rise as devastating storms, floods, wildfires and droughts become more frequent in the coming decades. A Government Accountability Office report released Monday said the federal government has spent more than $350 billion over the last decade on disaster assistance programs and losses from flood and crop insurance. That tally does not include the massive toll from this year's wildfires and three major hurricanes, expected to be among the most costly in the nation's history. The Senate on Monday gave preliminary approval to a $36.5 billion hurricane relief package that would provide Puerto Rico with a much-needed infusion of cash and keep the federal flood insurance program from running out of money to pay claims from hurricanes Harvey, Irma and Maria. That's on top of another $15.3 billion aid package approved last month.

Reading Exercise - Endangered Species intermediate Did you know that the Arctic is warming faster than any other place in the world? Find out what this means for our polar bears in this reading exercise. You can find the meaning of the words in bold by checking the vocabulary list below, and you can check your understanding by doing the Endangered Species Comprehension Quiz. Polar Bear Makes the List 12 places you shouldn't travel to in 2018 (CNN) — Tourism backlash has been in full effect over the last 12 months, with several destinations announcing they'd had enough of foreign visitors flooding their streets or disrupting their fragile ecosystems. Unsurprisingly, this has posed a a dilemma for mindful travelers planning their next vacation. From Venice and Barcelona to the Galapagos Islands and even the Taj Mahal, here are the places conscious tourists might want to think twice about visiting in 2018.

Ecotect Fundamentals Videos These videos will introduce you to Ecotect and get you up-and-running with the tool so you can use it on your own projects. While Ecotect is a very powerful and flexible analysis and visualization tool, it can seem daunting to learn. Watching these videos will teach you about the user interface, modeling, analysis grids, the types of analysis available, and importing and exporting geometry & data. Ecotect Introduction 1: Analysis Capabilities A brief overview of functionality available within Autodesk Ecotect. Learn about the main tabs of the interface, and see some examples of the types of analysis available: shadow studies, thermal analysis, solar radiation, and acoustic rays. Americans Will Pay Billions More For Climate Change, and That’s the Best Case Photographer: The Washington Post/The Washington Post The Trump administration just published a major report documenting the advance of climate change, weeks earlier than expected and on a day many Americans are occupied with family and holiday shopping. The news is predictably bad, but this time the tally comes with a pricetag—one significantly larger than you’ll find at the mall.

Thousands of Belgian students are skipping class to protest against climate change Carrying colourful signs wth slogans in English, French, and Dutch, over 30,000 students streamed through the streets of Brussels on Thursday for the third consecutive week of protests against climate change. The demonstrations were inspired by the actions of Swedish climate activist Greta Thunberg, 16, who took a stand against global warming in August 2018 and has since then become a symbol of youth engagement on environmental issues. Her actions have trickled down inspiring youth all over Europe to take to the streets: last Friday, more than 60,000 students across the continent, with large groups convening in Germany, Belgium and Switzerland, protested calling for more government action to slow down climate change. Thunberg herself was expected to show up for a student march on Friday in Davos, Switzerland, where world leaders, entrepreneurs, and business people are gathered for the 2019 edition of the World Economic Forum. "We have one message: clean the planet for the future!"

The Mohawks Who Built Manhattan (Photos) For generations, Mohawk Indians have left their reservations in or near Canada to raise skyscrapers in the heart of New York City. High atop a New York University building one bright September day, Mohawk ironworkers were just setting some steel when the head of the crew heard a big rumble to the north. Suddenly a jet roared overhead, barely 50 feet from the crane they were using to set the steel girders in place. “I looked up and I could see the rivets on the plane, I could read the serial numbers it was so low, and I thought ‘What is he doing going down Broadway?’”

Ecotect: Shadows & Sunlight Hours Using the interactive 3D sunpath diagram in Autodesk Revit, Vasari, and Ecotect, you can visualize shadows based on the sun’s position. This is often a good starting point, and could be all that’s needed in your early analysis. However, their use as a design and analysis tool often involves a great deal of trial and error, requiring large numbers of images to be generated at different times and dates in order to get a clear understanding of what is going on. Using Ecotect you can study more aspects of the sun’s behavior on your project – and more easily study its behavior over time. This can be helpful to either provide deeper insights or additional justification for design decisions.

This is a very important site which The Guardian has developed. It demonstrates the urgency we MUST adopt - the future of the World is definitely at stake here! by bobg Apr 3