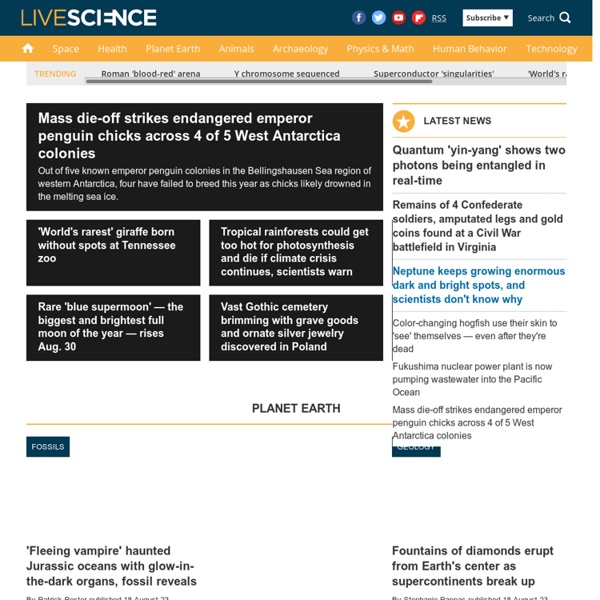 The Royal Institution Create a wine glass orchestra in your kitchen and explore how sound is caused by vibrations. For more ideas, and to download an info sheet click here: Marieke and Tilly experiment with making music and doing science experiments at home. Using wine glasses filled with different volumes of liquids, they investigate how sounds are caused by vibrations and how changing the volume of liquid affects the pitch of the note. Simply rubbing your fingers around the rim of a glass can make an amazing noise. Science for celebrities In January 2007, exasperated by the tide of influential and misleading claims made by celebrities in the public sphere, we worked with scientists to produce Making Sense of Science for Celebrities. Each year since, Sense About Science has reviewed the odd science claims people in the public eye have made - about diets, cancer, magnets, radiation and more - sent in to us by scientists and members of the public. Many of these claims promote theories, therapies and campaigns that make no scientific sense. We ask scientists to respond, to help the celebrities realise where they are going wrong and to help the public to make sense of celebrity claims.

Scientific Method: Relationships Among Scientific Paradigms To see the full map of relationships among scientific paradigms, click here or on the image below. Note: The map is a large (8.7 MB) file and may take a while to download. Research & Node Layout: Kevin Boyack and Dick Klavans (mapofscience.com); Data: Thompson ISI; Graphics & Typography: W. Bradford Paley (didi.com/brad); Commissioned Katy Börner (scimaps.org) ABOUT US Hi there! So here’s our story…. This is how it all started… ESS Topic 6.3: Photochemical Smog - AMAZING WORLD OF SCIENCE WITH MR. GREEN image from www.igbp.net Air pollution is the introduction of particulates, biological materials, or other harmful materials into the Earth's atmosphere, possibly causing disease, death to humans, damage to other living organisms such as food crops, or the natural or built environment.It is estimated that more than 1 billion people are exposed to outdoor air pollution annually. Urban air pollution is linked to up to 1 million premature deaths and 1 million pre-native deaths each year.

Foundational Questions Institute The Foundational Questions Institute (FQXi) To catalyze, support, and disseminate research on questions at the foundations of physics and cosmology, particularly new frontiers and innovative ideas integral to a deep understanding of reality but unlikely to be supported by conventional funding sources. FQXi has five goals: What Is Nothing? A Mind-Bending Debate about the Universe Moderated by Neil deGrasse Tyson by Maria Popova “You can’t assert an answer just because it’s not something else.” Isaac Asimov — sage of science, champion of creativity in education, visionary of the future, lover of libraries, Muppet friend — endures as one of the most visionary scientific minds in modern history. 10 Rules for Writing Numbers and Numerals Neil Jakson Great post but Writing Numbers. Except for a few basic rules, spelling out numbers vs. using figures (also called numerals) is largely a matter of writers’ preference. Again, consistency is the key.