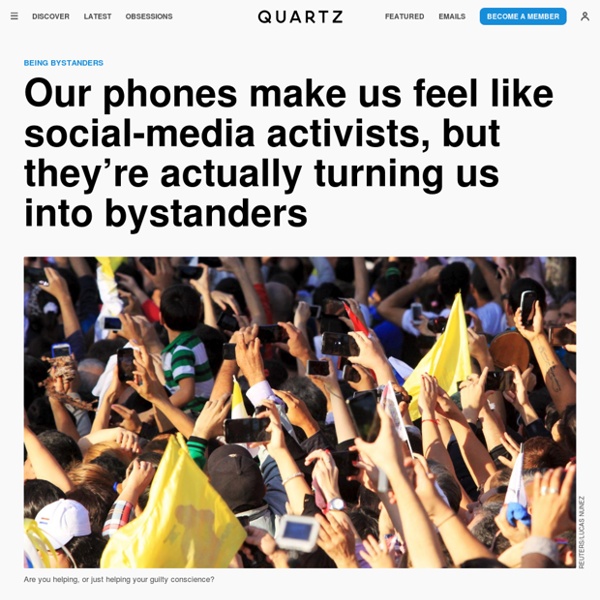 On April 9, 2017, a video of a man being dragged off a United Airlines flight was posted on the internet and went viral. But I don’t need to tell you that. Each of your most outspoken Facebook friends probably posted about the event, highlighting the aspects of it that best reinforced their worldview. The incident was covered all over American media and even sparked outrage in China. The collective focus may have now moved on to its next source of outrage, but there was something that only a few people noticed in the moment: a plane full of quiet passengers. Other than one woman screaming, hardly anyone else on the plane seemed bothered enough by what was happening to raise a ruckus. Instead of intervening in the assault, the passengers stoically took out their cameraphones and pointed them toward David Dao, whose body was dragged along the aisle of the airplane, glasses askew, face bloody, and belly exposed.

Pluralistic Ignorance (SOCIAL PSYCHOLOGY) - iResearchNet Pluralistic Ignorance Definition Pluralistic ignorance occurs when people erroneously infer that they feel differently from their peers, even though they are behaving similarly. As one example, imagine the following scenario: You are sitting in a large lecture hall listening to an especially complicated lecture. After many minutes of incomprehensible material, the lecturer pauses and asks if there are any questions. No hands go up.

Digital bystanders are a modern-day issue - The Signal While on your way to Classroom South, an argument breaks out right in front of you between two people. The argument then escalates into a fistfight, and you continue to stand there and observe. At that moment, you were a bystander. A bystander is a person who is present at an event or incident but does not take part.. Being a bystander can often lead to something called the bystander effect, which occurs when no one witnessing an event does anything to help because they see that others aren’t helping or assume in their head that those people have already helped. Seeing others not doing anything discourages them from doing something.

Examples of the Bystander Effect - Owlcation - Education Just Admit It, You've Done It Have you ever driven by a car accident? Did you stop? Did you call the police? The Big Read: No child’s play when it comes to stamping out bullying in schools SINGAPORE: They tagged her picture to a crying baby, as well as cropped her face out of the group photo which they posted on Instagram, while calling her "dumb", "loser" and "trash". The 14-year-old was also added to a WhatsApp group with her bullies where they taunted her for being a slow learner — always having to stay back in school for remedial classes and not being able to read a comprehension passage fluently in class. Three years on, Hannah (not her real name), who is dyslexic, still remembers the ordeal.

Digital bystanders are a modern-day issue - The Signal While on your way to Classroom South, an argument breaks out right in front of you between two people. The argument then escalates into a fistfight, and you continue to stand there and observe. At that moment, you were a bystander. A bystander is a person who is present at an event or incident but does not take part..

Is There a Legal Obligation to Assist Others in Emergency Situations? Often, morals or ethics can conflict with legal duties and responsibilities. Surely, making sure that citizens are safe and that we can go about our lives free from the fear of being injured through other people’s negligence is not just a legal obligation, but also a moral and social one. One area where moral and legal obligations may contradict one another, is with respect to the duty for a bystander to intervene when witnessing someone who needs help, is injured, or is a victim.

10 Notorious Cases of the Bystander Effect The bystander effect is the somewhat controversial name given to a social psychological phenomenon in cases where individuals do not offer help in an emergency situation when other people are present. The probability of help has in the past been thought to be inversely proportional to the number of bystanders. In other words, the greater the number of bystanders, the less likely it is that any one of them will help. This list describes the prototype of the effect and cites nine particularly heinous examples. Six Ways to Boost Your “Habits of Helping” In 2008, I lost my job of 20 years and uprooted my family to pursue a new position. The move strained my marriage, my relationship with my son, my sense of well-being. Like many Americans in their 50s who thought they were more or less past any financial worries, I found myself anxious for the first time in years.

From Empathy to Apathy: The Bystander Effect Revisited - Ruud Hortensius, Beatrice de Gelder, 2018 When people are asked whether they would spontaneously assist a person in an emergency situation, almost everyone will reply positively. Although we all imagine ourselves heroes, the fact is that many people refrain from helping in real life, especially when we are aware that other people are present at the scene. In the late 1960s, John M. Darley and Bibb Latané (1968) initiated an extensive research program on this so-called “bystander effect.” In their seminal article, they found that any person who was the sole bystander helped, but only 62% of the participants intervened when they were part of a larger group of five bystanders.

Employees May Not Speak Up Because of Bystander Effect Employee voice is a term used to describe a method of communicating information across hierarchies in the workplace, oftentimes from frontline workers to management. Research has demonstrated that voice has a variety of benefits to organizations, including increasing creativity, making processes more efficient, detecting new opportunities, and identifying errors. Frontline employees are often more aware of these elements than managers, as leaders may be disconnected from some day-to-day processes. However, these thoughts and concerns are sometimes not shared with management. Researchers (Hussain, Shu, Tangirala & Ekkirala, 2019) examined one potential explanation as to why employees may not express voice. The bystander effect is a common psychological phenomenon.