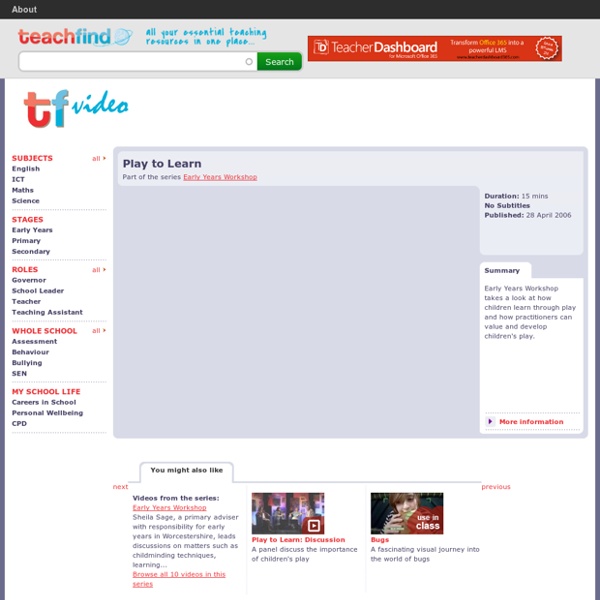 21 of the Best Early Years Books for International Friendship Day We know that skills like empathy aren’t fully developed until later in a child’s life, which is why there are so many stories on friendship and how to treat people aimed at Early Years. International Friendship Day, then, is a great opportunity to share some of these amazing books with your children. It does, however, fall on Sunday 30 July. Taking Playtime Seriously So part of encouraging play is pulling back on how much programmed goal-directed learning we expect from very young children, to leave them time for the fun of exploration, curiosity and, well, fun. But another important part may be creating environments that foster children’s play and parents’ participation and attention. Dr. Hirsh-Pasek, who is a senior fellow at the Brookings Institution, cited its Learning Landscapes Initiative, which aims to set up learning opportunities in public places where people will encounter them. One of these, the Urban Thinkscape project in Philadelphia, involves puzzle benches at bus stops, with puzzles designed to build STEM skills. Before the benches were installed, she said, parents waiting for buses were almost uniformly looking at their cellphones.

Why play-based learning? (free article) - Early Childhood Australia ‘ … for the EYLF to be implemented properly, all early childhood educators need to know what play is, why it is important, how to implement and assess a play-based program and their role in it.’ Questioning practice The Early Years Learning Framework (EYLF) is built on the understanding that the principles of early childhood pedagogy (DEEWR, 2009, pp. 12-13) guide the practice of early childhood educators. Research tells us that an educator’s pedagogy is one of the most important aspects when assessing the quality of children’s learning. So early childhood educators need to carefully consider and question their pedagogy and corresponding practices. Why Movement is Essential in Early Childhood With so few years under their belts, my 3- and 6-year-old daughters are still learning to inhabit their bodies. They are learning how to maneuver themselves physically, how to orient themselves in space. As Vanessa Durand, a pediatrician at St. Christopher’s Hospital for Children in Philadelphia, says, freedom of movement is necessary for children to meet their developmental milestones: “Children learn by experiencing their world using all of their senses. The restriction of movement, especially at a young age, impedes the experiential learning process.” Movement allows children to connect concepts to action and to learn through trial and error.

This ‘Kindness Curriculum’ Is Free And Should Be Used In Every Classroom Imagine living in a world that valued kindness enough to teach it along with academics. Educators would teach kids to manage their emotions in addition to standard curriculum such as math and science. Sounds pretty amazing, doesn’t it? Well, the Center for Healthy Minds at the University of Wisconsin-Madison has created a free “kindness curriculum” for kids, designed to do just that. It’s a mindfulness-based curriculum for preschoolers that will bring kindness into the classroom.

Convention on the Rights of the Child Text in PDF Format Adopted and opened for signature, ratification and accession by General Assembly resolution 44/25 of 20 November 1989 entry into force 2 September 1990, in accordance with article 49 Preamble The States Parties to the present Convention, Observation, Assessment and Planning - Early Years Matters The EYFS Profile summarises and describes children’s attainment at the end of the EYFS. It is based on on-going observation and assessment in the three prime and four specific areas of learning, and the three learning characteristics, set out below: The prime areas of learning: • communication and language

Importance of play for babies & children Australian Government Department of Education and Training (2009). Belonging, being and becoming: The early years learning framework for Australia. Canberra: Commonwealth of Australia. Retrieved 19 June 2019 from Cole-Hamilton, I. (2011). Getting it right for play: The power of play: An evidence base. Deconstructing Role Play – Provide the Resources, Step Back and Watch Children’s Learning Flourish Hospital, vet’s surgery, post office, travel agent – themed role play areas are often seen as a must for an early years setting. They are often meticulously prepared to be aesthetically pleasing, covered in laminated words and pictures with the aim of enticing children in. But this is where I encountered a problem: in these areas, children are expected to come together to play out adult scenarios that are consistent with these themes. Yet how many children have visited a travel agent to book a holiday recently, or operated on a pet dog in a vet’s surgery?