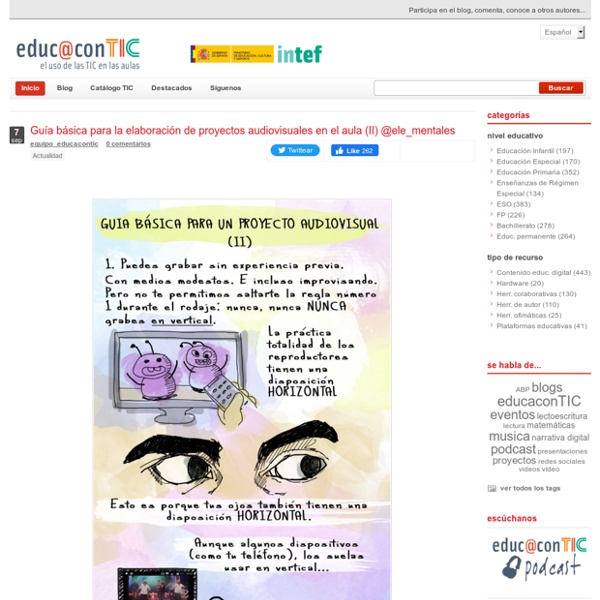 SoftChalk CLOUD Getting Started SoftChalk Cloud is a community where educators create, share and manage interactive learning content. It's easy to get started — here's how: Try it FREE for 30 Days Sign up for a 30-day free trial of SoftChalk Cloud. You'll have access to all of the features of the full subscription (See About SoftChalk Cloud). video-shows-what-happens-when-lava-is-poured-onto-ice-10133205 What do you think would happen if vat of molten lava was poured onto a sheet of ice? Perhaps the lava melt straight through the ice, or freeze on impact? The Outrageous Acts of Science channel recently invited sculptor Bob Wysocki and geologist Jeff Karson to explain a video they show which shows how the two substances interact. Almost 7 million curious YouTube users have watched the clip. “The scrambled eggs from hell is the way it looks in that video.

Top 10 Graphic Novels 2017 As the range of children’s graphic novels expands, authors are treading new ground and tackling different topics in imaginative ways. This year, our top 10 list includes Svetlana Chmakova’s Brave, a genuinely fresh take on bullying, and Melissa Jane Osborne and Veronica Fish’s The Wendy Project, in which a traumatic accident blurs the line between reality and fantasy for a teenage girl. Katie O’Neill’s The Tea Dragon Society has a traditional feel to it, but her tale of dragons who produce magical tea is totally original.

$5,500 for the World’s Best Language Learning We’ve made it! We have arrived in Germany! Let the German language and culture bath begin! After waiting in the Seattle airport for our flight… (My children watch the planes take off and land in the Seattle airport. What is Livestream? Broadcast to millions, live in HD with our Platform, Producer, Broadcaster and Studio products. Visit livestream.com, or any of our free Livestream apps for Roku, Apple TV, iPad, iPhone and Android to watch live sports, news, education, music and more. To enable organizations to share experiences through live video, unlocking a world where every event is available live online. Founded in 2007

Activities for kids in London – Things to do with kids in London – Children's events SEA LIFE London Aquarium In addition to the hundreds of varieties of fish and sea life from all over the world, including stingrays, sharks, piranhas and sea scorpions, the aquarium's Shark Walk allows visitors to walk over a glass platform with sharks swimming just below their feet. Californian cownose rays, which swim in synchronised formations, are another notable feature, as is a tunnel constructed from a 25m-long whale skeleton, beneath which visitors can watch a tropical ocean of fish, coral and green turtles. The Rainforests of the World area, complete with exotic vegetation and a tropical waterfall, is home to a pair of six-foot dwarf crocodiles. A crustacean invasion is coming; the aquarium's, 'Claws' brings together species from the gigantic Japanese Spider crab (which can grow to 12 feet long) to the humble blue lobster (apparently they aren't pink until they are cooked).

freud quotes: About / Contact Founded in 2013, Freud Quotes is a blog and source for online education in a psychoanalytic field. We cover a lot of ground — psychoanalysis in its historical roots and contemporary context, news, events and of course daily dose of freudian memes. Also occasional bits of critical theory, arts & pop(culture. Contact Got a link we should post? Send it our way! Let’s Encourage all Kids to Learn Another Language I was one of those very lucky kids who attended a dual language immersion school. Although I moved around a lot as a child — living in 5 countries in 3 continents by the time I was 14 — I spent five solid years at my mother’s alma mater back in Peru and I was instructed mostly in English from 4th to 8th grade. As far as I remember, I only had a handful of courses, including Historia and Geografía del Perú, in Spanish. The rest of my school days were spent immersed in English in a Spanish-speaking country. By the time I entered 5th grade, my private school required all its students to take up a third language. I chose French, but I could’ve chosen Italian or German just as easily.