The Knockdown Center. Games. Together, we all can support child-directed play – one cardboard box at a time. Home - Project for Public Spaces. Innovating Fun & Meaningful Group Games Online. The Ludologist – My name is Jesper Juul, and I am a ludologist [Noun. Video Game Researcher]. This is my blog on game research and other important things. These are some comments from my keynote at Rutger’s Extending Play conference in 2016, co-presenting with Shaka McGlotten. 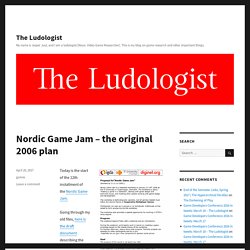 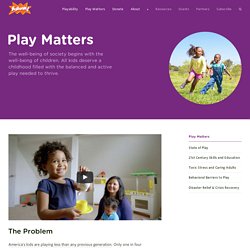 Only one in four adolescents get the recommended 60 minutes of physical activity or active play per day, with the number of younger kids only slightly higher. Because of this, they are increasingly unhappy, unhealthy and falling behind: one in three kids is obese or overweight and one in five kids has a mental illness. Moreover, kids are not developing critical 21st century skills—such as collaboration, creativity, problem-solving, resilience and empathy—that they will need to succeed as adults in the global economy.

Co-Creating the Future. Wilderdom - a project in natural living & transformation peler. Dungeon Master's Guide. Game studies flyer. The Playful Thinking Series. Works of Game: On the Aesthetics of Games and Art by John Sharp Games and art have intersected at least since the early twentieth century, as can be seen in the Surrealists' use of Exquisite Corpse and other games, Duchamp's obsession with Chess, and Fluxus event scores and boxes–to name just a few examples. 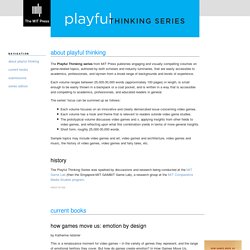 Over the past fifteen years, the synthesis of art and games has clouded for both artists and gamemakers. Contemporary art has drawn on the tool set of videogames, but has not considered them a cultural form with its own conceptual, formal, and experiential affordances. For their part, game developers and players focus on the innate properties of games and the experiences they provide, giving little attention to what it means to create and evaluate fine art. National Museum of Play. Earthplay. Website for Tim Gill: researcher, writer, consultant. Let your kids go outside and play. …an emerging social science. A Playful Path: The Book, The Spirit, The Experience. Welcome to Deep Fun: the virtual library of Bernard Louis De Koven: author, speaker, and designer of funny games.