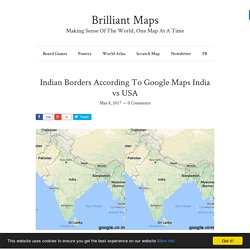 The major difference of course is how Kashmir is shown. Peacocks at Sunset. Borderlines explores the global map, one line at a time. 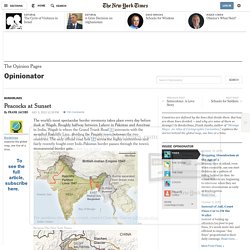 The world’s most spectacular border ceremony takes place every day before dusk at Wagah. Roughly halfway between Lahore in Pakistan and Amritsar in India, Wagah is where the Grand Trunk Road [1] intersects with the so-called Radcliffe Line, dividing the Punjabi town between the two countries. The only official road link [2] across the highly contentious and fairly recently fought-over Indo-Pakistan border passes through the town’s monumental border gate. As large crowds gather on either side of the gate, claps and cheers of “Pakistan Zindabad!” And “Jai Hind!” The apparent intent of the synchronized ceremony is to lower the flag of both nations before sunset.

The East India Company: How a trading corporation became an imperial ruler. In 1600, a group of London merchants led by Sir Thomas Smythe petitioned Queen Elizabeth I to grant them a royal charter to trade with the countries of the eastern hemisphere. 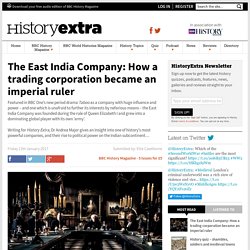 And so, the ‘Honourable Company of Merchants of London Trading with the East Indies’ – or East India Company, as it came to be known – was founded. Few could have predicted the seismic shifts in the dynamics of global trade that would follow, nor that 258 years later, the company would pass control of a subcontinent to the British crown. The company has recently been featured in BBC1’s period drama Taboo – central character James Delaney, played by Tom Hardy, comes into conflict with the EIC, which is characterised as a mighty and villainous organisation. L'India ha demonetizzato l'86 per cento delle banconote in circolazione, da un giorno all'altro. 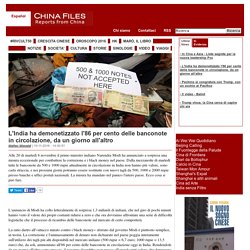 India's demonetisation - taking the bull by the horns - Chris Skinner's blog. I seem to find most of the truly exciting stories these days are happening in unexpected places. 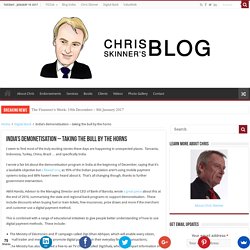 Tanzania, Indonesia, Turkey, China, Brazil … and specifically India. I wrote a fair bit about the demonetisation program in India at the beginning of December, saying that it’s a laudable objective but a flawed one, as 95% of the Indian population aren’t using mobile payment systems today and 88% haven’t even heard about it. That’s all changing though, thanks to further government intervention. L'attacco aereo dell'India in Pakistan fa comodo a Islamabad. Le Cachemire, un casse-tête cartographique. L’Inde est une grande démocratie, où la liberté de la presse est garantie par l’article 19 1 (a) de la Constitution. 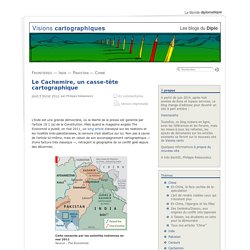 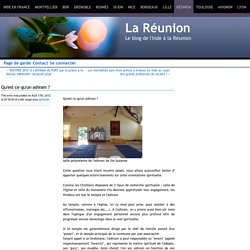 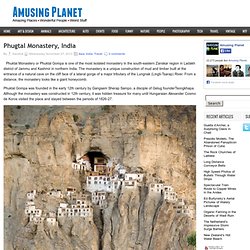 The monastery is a unique construction of mud and timber built at the entrance of a natural cave on the cliff face of a lateral gorge of a major tributary of the Lungnak (Lingti-Tsarap) River. From a distance, the monastery looks like a giant honeycomb. Phuktal Gompa was founded in the early 12th century by Gangsem Sherap Sampo, a disciple of Gelug founderTsongkhapa.

Although the monastery was constructed in 12th century, it was hidden treasure for many until Hungaraian Alexander Cosmo de Koros visited the place and stayed between the periods of 1826-27. The Beautiful Key Monastery, India. Key Gompa is a Tibetan Buddhist monastery located on picturesque hilltop at an altitude of 4,166 metres above sea level, close to the Spiti River, in the Spiti Valley of Himachal Pradesh, India. 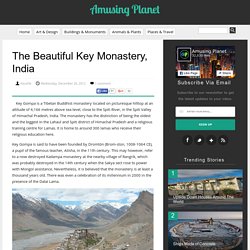 The monastery has the distinction of being the oldest and the biggest in the Lahaul and Spiti district of Himachal Pradesh and a religious training centre for Lamas. Don't go to Spiti by Divya Nambiar. Don’t go to Spiti. 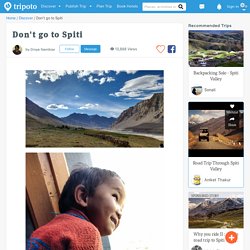 You will never want to come back. Once you’ve experienced life in all its rawness, harsh and stark, no pretences, you will find it difficult to accept what people call “normal” life. You’ll start questioning whether you’ve been living a farce all along in your air-conditioned offices and concrete homes, with 24-hour running water and electricity.

Where laundry gets done in washing machines and there is a super market every two kilometers. Inside the Forbidden Temple by David Shulman. Valleys in the Sky. Nepal. Nepal. Nepal. Everything you need to know before you go to Kathmandu. What does Narendra Modi’s landslide win mean for Nepal? May 23, 2019- With the reelection of the Bharatiya Janata Party and Prime Minister Narendra Modi in neighbouring India, Kathmandu’s diplomatic and political circles are certain to spend the coming weeks parsing what this could mean for Nepal. Kathmandu's false dawn: how PM Oli lost the plot & what India can do. Nepal Prime Minister Khadga Prasad Sharma Oli heads one of the strangest coalitions imaginable in parliamentary politics. Maoists form the mainstay of his government and control important ministries such as Home, Energy and Forest.

Rabid right-wing monarchists run other major departments, including the all-important Foreign Ministry. Also read - Nepal to amend Constitution to address Madhesis' demands Oli's own party calls itself Marxist-Leninist, but practices what can perhaps be appropriately described as an oxymoronic mix of political Stalinism, ethnic chauvinism and economic free-market fundamentalism. Altogether, borderline fascism is the political agenda of Oli's Communist Party of Nepal (United Marxist-Leninist), better known by its initials UML.

Ex-minor ex-Maoists. In a shanty town behind Kathmandu Airport, by the stinking Manohara River, Sukmaya Tamang keeps a careful eye on her four-year-old son playing outside as she works on her sewing machine. Tamang, now 24, joined the Maoist ‘People’s Liberation Army’ when she was 13 years old, studying in Grade Six of a school in Batase of Sindhupalchok. Two years later, she was part of the guerrilla force that attacked the district capital of Chautara. A Maoist’s Burden in Nepal. Photo KATHMANDU, Nepal — Ten summers ago in Nepal, the Maoist leader Pushpa Kamal Dahal emerged from hiding just as the decade-long insurgency he had directed was pushing the country’s monarchy to its knees. The rebel chief was picked up by a government helicopter, then whisked to the prime minister’s residence in Kathmandu to begin official peace talks.

By that time, after more than 20 years in hiding, he had become a legend, widely known by his nom de guerre, Prachanda, meaning “the fierce one.” Few knew what he looked like. Visions of Mustang - Bringing Sight to the Forbidden Kingdom - Trailer. NEPAL-TIBET-BHUTAN. Nepalese police tear down earthquake victim camp in capital. A woman cries as her temporary home was torn down by police in a quake victims’ shelter in downtown Kathmandu, Nepal, Tuesday, March 14, 2017.

Police tore down hundreds of temporary homes in the Nepalese capital where people who lost their homes in the 2015 earthquake have been living for two years. (Niranjan Shrestha/Associated Press) By Binaj Gurubacharya | AP By Binaj Gurubacharya | AP March 14 KATHMANDU, Nepal — Authorities tore down hundreds of makeshift huts in Nepal’s capital on Tuesday, using bulldozers to level the largest temporary camp housing people who were made homeless when a devastating earthquake rocked the country two years ago.

Wearing riot gear, police said they destroyed about 440 huts made of bamboo and plastic sheeting which had been home to about 2,000 people near Kathmandu’s Boudha Shrine. Settlers had been given one month’s notice, but still were taken by surprise when the bulldozers appeared. World. Everest (peak on the left) Bhutan. ‘Not Doklam alone. China may make moves in Arunachal and Andamans’ As the impasse continues at the India-Bhutan-China tri-junction, India keeps insisting on a dialogue, but Beijing has limited the scope for diplomatic negotiation after repeated threats.

The impression it has conveyed is that it would be unwise to expect action in Doklam, but the going may get tough in Arunachal Pradesh as well as Andamans and Nicobar Islands, says Jayadeva Ranade. Ranade, a former additional secretary in the Cabinet Secretariat, is president of the Centre for China Analysis and Strategy. China, through the road to Gymochen, ultimately wants to reinforce claims on Arunachal, feels Ranade.