Cannes Lions 2016. Is Your Lack of a Reputation Holding You Back From Getting More Referrals? Referrals are the most important source of new business for most agencies. 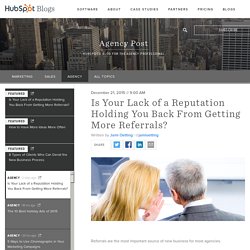 So how do you get more referrals and more new and profitable clients? According to a new research report by Hinge Research Institute, visible expertise is the most important criteria for driving referrals to professional service firms. People who provide recommendations to firms, such as agencies, point to those companies whose brand and executives are seen as experts in the industry. Visible expertise, which made up 37% of referral driving factors, is listed as more influential than professional relationships (23%), social relationships (18%), networking events (3%), and even asking directly for referrals (3%). Registratie voor Studiedag gemeenschapsmunten 'Spaar de wereld, beloon jezelf' , Den Haag. Agency for community currencies. How to Attract Over 50K Subscribers in 6 Months. This is the Product Death Cycle. Why it happens, and how to break out of it at andrewchen.

TubeStreamer. NOTE: The trial database has been emptied (03/18/2015) so everyone can give the trial version another try. 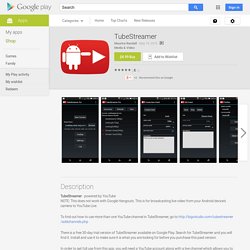 This new release finally has some camera controls such as zoom, focus, white balance, and others. The new hybrid encoder, recently introducefd in BigVEncoder, provides perfect control over frame rates and also improved keyframe generation. Startup Advising Is Broken — Here’s What We’re Doing to Fix It. Every startup founder wants to find and collaborate with the right advisors in hopes of solving their most pressing problems. 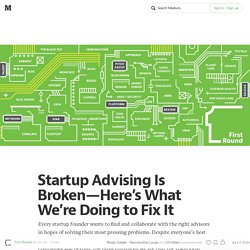 Despite everyone’s best intentions, the more advising relationships we see across our 250+ companies and beyond, the more convinced we are that the traditional advisory model is broken for both founders and advisors. Founders have trouble getting tangible value from advisors given these relationships are typically 2+ years in length and often exist around no more than a handful of coffee meetings.

Our Blueprint for Social Justice Philanthropy. When Mother Teresa Drives a Ferrari — Backchannel. Why “Compassionate Capitalism” is kind of a scam. 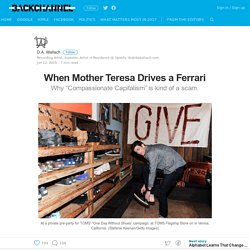 Imagine a store in your neighborhood that sells toilet paper for a dollar a roll. Each roll costs sixty cents to manufacture and sell, generating forty cents net profit. You typically buy ten rolls a month, generating a total of four dollars profit for the store’s proprietor. Youth Unemployment and Dr. King’s Dream.

Many years ago I was honored to be among those who marched on Washington with Dr. 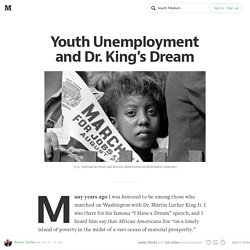 Martin Luther King Jr. Change avi files to mp4. Canvanizer. How the Red Cross Raised Half a Billion Dollars for Haiti ­and Built Six Homes. The neighborhood of Campeche sprawls up a steep hillside in Haiti’s capital city, Port-au-Prince. 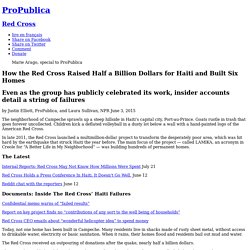 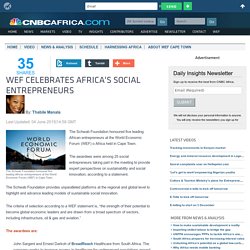 The Schwab Foundation honoured five leading African entrepreneurs at the World Economic Forum (WEF) o Africa held in Cape Town. The awardees were among 25 social entrepreneurs taking part in the meeting to provide expert perspectives on sustainability and social innovation, according to a statement. The Schwab Foundation provides unparalleled platforms at the regional and global level to highlight and advance leading models of sustainable social innovation.

The criteria of selection according to a WEF statement is, “the strength of their potential to become global economic leaders and are drawn from a broad spectrum of sectors, including infrastructure, oil & gas and aviation.” Ranking Caribbean Countries on Foreign Investment Per Capita. June 5, 2015 | 2:53 pm | Print Above: St Kitts (CJ Photo) By the Caribbean Journal staff What’s the Caribbean’s foreign investment capital? 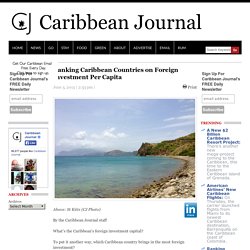 To put it another way, which Caribbean country brings in the most foreign investment? We took a look at the most recent Foreign Direct Investment report from the United Nations Economic Commission for Latin America and the Caribbean. Able - Collaborative Small Business Lending. What's the key to social mobility? Being creative. Students got stuck into the second and third forums of the Hong Kong Outstanding Students' Association's Hong Kong Youth Summit 2015 (HKYS 15) this month at the University of Hong Kong. 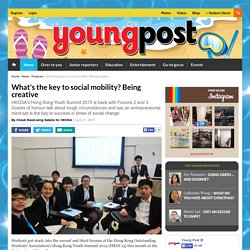 Energised by the passion from Forum One, which was held at the beginning of last month, students continued to think about how difficult it is for people in Hong Kong to change their "social floor" - the social class they were born into based on money, power and respect. FII - Family Independence Initiative. At Family Independence Initiative (FII), we’ve learned that information can lead to social change. 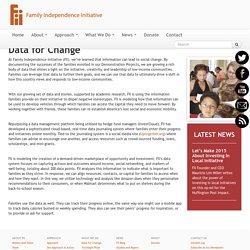 By documenting the successes of the families enrolled in our Demonstration Projects, we are growing a rich body of data that shines a light on the initiative, creativity, and leadership of low-income communities. Families can leverage that data to further their goals, and we can use that data to ultimately drive a shift in how this country views and responds to low-income communities.

With our growing set of data and stories, supported by academic research, FII is using the information families provide on their initiative to dispel negative stereotypes. Socially Conscious Careers: Innovating for Good, 29th April 2015. Global Impact Investing Network. Define The Problem - For WiserTribes. Kaggle: The Home of Data Science.