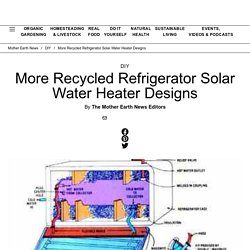 When Miles K. Free III sent us an article telling how he'd recycled an old refrigerator into part of a solar water heating system (see "Recycle a Refrigerator Into a Solar Water Heater", pages 108-109, MOTHER NO. 48) . . . he didn't know that MOTHER's researchers had already been working on the same idea for some time. Whereas Miles began his project by thinking about how easy it'd be to convert a refrigerator into an insulated storage cabinet for a tank of solar-heated water, however, MOTHER's research staff sorta approached their conversion project "the other end to". (5) Building an Off Grid Cabin using Free Pallet Wood: A Wilderness Project. Exceptional Engineering. Escape the City to Build Off Grid Log Cabin. SUPER COOL AMPHIBIOUS RV Woelcke Autark T5 Crosser Off Road 4x4 Campervan Motor Home. Full Time RV: Stunning School Bus Conversion into Tiny House on wheels. Off Grid Winch: Making a Flip Flop Winch. 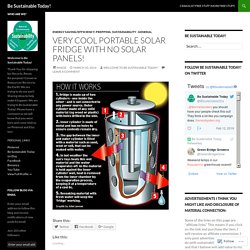 Related Backyard Sustainability - Part Two - The PlanIn "Aquaponics/Hydroponics" Backyard Sustainability - Part One - The ExperimentIn "Aquaponics/Hydroponics" BEER MADE BETTER WITH SOLARIn "Energy Saving/Efficiency" How to Live on $600 a Month: Health and Food. Internet? Off the grid? Shtfpreparedness. Endless hot water without electricity - Preparing for shtf. Forest Cabin Built From Salvaged Materials Cost Only $800!

On or Off grid energy 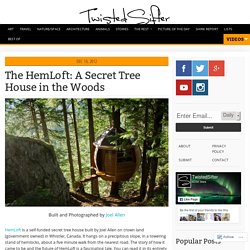 It hangs on a precipitous slope, in a towering stand of hemlocks, about a five minute walk from the nearest road. The story of how it came to be and the future of HemLoft is a fascinating tale. You can read it in its entirety on the offical HemLoft site here. Below you will find a brief timeline of events and the fate of HemLoft and what is next for Joel. Enjoy! After graduating with a degree in software development in 2003, Joel went to work for a start-up company that would eventually fold in 2006. When Joel first began his foray into carpentry he was living out of his car. Joel mentioned the idea of a loft in the woods to his friends Mark and Jayne who casually suggested the shape of an egg.

The first thing built was the entry-level walkway to the tree. In 2010 Joel would find his life partner Heidi, and together they would complete the HemLoft. Kristie Wolfe builds underground home & sets rural WA hamlet. How to convert a Van in to an Off-Grid Camper in 17 Days! HBCSL cobb oven/Cobb Info, Detailed Building and Testing Instructions. “Earth turns to gold in the hands of the wise.” 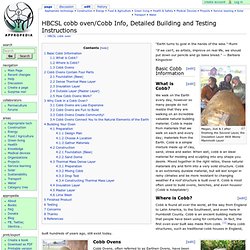 -Rumi "If we can't, as artists, improve on real life, we should put down our pencils and go bake bread. " — Barbara Kingsolver Megan, Jodi & I after finishing the Second Layer, the Insulation Layer AKA Wooly Mammoth Layer [edit] Basic Cobb Information [edit] What is Cobb? We walk on the Earth every day, however so many people do not realize that they are walking on an incredible valuable natural building material. [edit] Where is Cobb? Cobb is found all over the world, all the way from England to Latin America, to the Southwest, and even here in Humboldt County.

How To Build a 400 Square Foot Solar Powered Off Grid Cabin for $2,000. How to build a nice small cabin powered by solar panels. 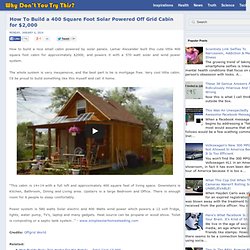 Lamar Alexander built this cute little 400 square foot cabin for approximately $2000, and powers it with a 570 watt solar and wind power system. The whole system is very inexpensive, and the best part is he is mortgage free. Guy Builds Impressive Hut in the Middle of the Woods with His Bare Hands. Watch this resourceful guy build a hut using naturally occurring materials and primitive tools. 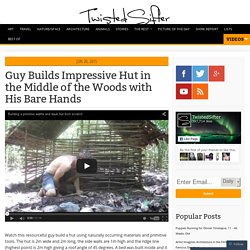 The hut is 2m wide and 2m long, the side walls are 1m high and the ridge line (highest point) is 2m high giving a roof angle of 45 degrees. A bed was built inside and it takes up a little less than half the hut. The tools used were a stone hand axe to chop wood, fire sticks to make fire, a digging stick for digging and clay pots to carry water. The materials used in the hut were wood for the frame, vine and lawyer cane for lashings and mud for daubing. Ten Things We Wish We'd Known Before We Went Off Grid.