Smart mattress will out your lying, cheating spouse. The problem with forced tech obsolescence. Image copyright Getty Images The Bay Area Rapid Transit (Bart) network links San Francisco with nearby cities such as Oakland and Berkeley. 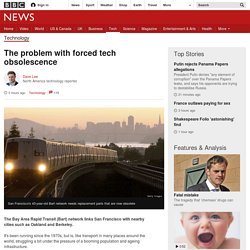 It's been running since the 1970s, but is, like transport in many places around the world, struggling a bit under the pressure of a booming population and ageing infrastructure. What’s trending in the IoT space. Our team has been active as investors in the Internet of Things and hardware space over the past two years. 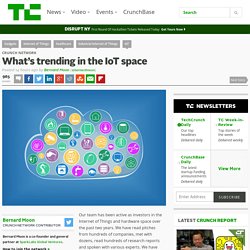 We have read pitches from hundreds of companies, met with dozens, read hundreds of research reports and spoken with various experts. We have invested in six IoT/hardware companies from our global seed fund and seven from our startup accelerator. Smart Luggage. Losing your luggage is a major headache. 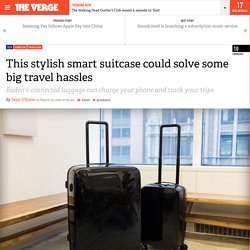 Finding (and fighting over) power outlets in the airport terminal isn't fun, either. The good news is you can now squash both problems with one purchase, thanks to a number of "smart luggage" startups that popped up in 2015. Today, another company called Raden joins the fray with the announcement (and release) of what is the most slickly-designed smart suitcase yet. The world's cheapest smartphone is cheaper than expected, launches in India f... A little-known Indian company is launching the cheapest smartphone in the world today. 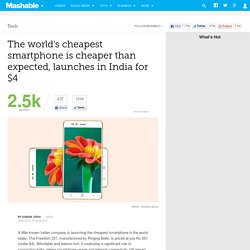 The Freedom 251, manufactured by Ringing Bells, is priced at just Rs 251 (under $4). Affordable and feature-rich, it could play a significant role in connecting India, where smartphone usage and Internet connectivity still remain a work in progress. The Freedom 251 has a 4-inch display, 1.3GHz quad-core processor, 1GB RAM, and a 1,450 mAh battery. It comes with a 3.2-megapixel rear camera and a 0.3-megapixel front camera. The phone also comes with 8GB of internal storage, which can be expanded by another 32GB using a microSD card. 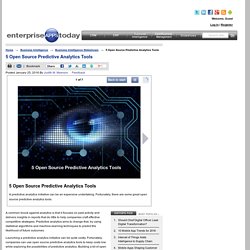 One favorite tool for this is H2O. They can connect Big Data from HDFS, S3, SQL and NoSQL data sources, and then compare the resulting predictions. Java is required to run H2O on Windows 7, OS X 10.9, Ubuntu 12.04 or RHEL/CentOS 6. One tutorial video demonstrates installation with command lines in Ubuntu. To unzip in Windows, the downloaded H2O file can be right clicked. H2O Flow provides interactive help using data scientists' own or demo data (uncompressed) on importing the files, setting up parsing options, building the models and improving predictions. 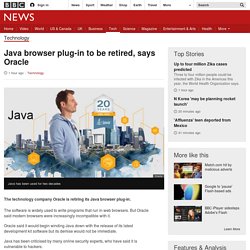 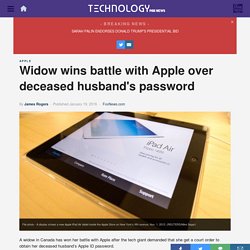 CBC reports that 72-year-old Peggy Bush ran into difficulties getting the password from Apple after losing her husband David to lung cancer in August. Bush wanted to retrieve her husband’s password so that she could play games on an iPad – she knew the iPad’s login, but not the Apple ID password. “From Apple, I couldn’t even get a silly little password, it just seems nonsense,” she told CBC. Her daughter, Donna Bush, contacted Apple to ask if it could help retrieve the password or reset the account.

After multiple phone calls over two months, Donna provided Apple with the serial numbers for her parents’ iPad and Apple computer, her father's will that left everything to Peggy, and a notarized death certificate. Related: Facebook lets users select a ‘legacy contact’ to manage their digital afterlife. US plans $4bn for self-driving rules. Image copyright AP A 10-year, $4bn (£2.8bn) proposal to bring self-driving cars to roads across the US has been announced by the Department of Transportation. 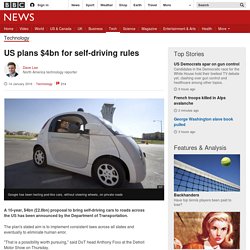 The internet - not an equaliser. Image copyright iStock Here's the story about the global impact of the internet. 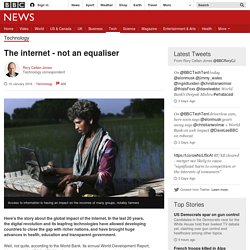 In the last 20 years, the digital revolution and its leapfrog technologies have allowed developing countries to close the gap with richer nations, and have brought huge advances in health, education and transparent government. Well, not quite, according to the World Bank. Its annual World Development Report, this year entitled Digital Dividends, pours some cold water on that utopian view. True, it sees plenty of good things emerging from the advance of technology, but it warns that poor governance and a lack of skills is making it hard for all of those benefits to be realised even once countries do get connected to the internet.

The Leap Motion Hackathon’s Augmented Reality Workspace. Early last month, Leap Motion kicked off our internal hackathon with a round of pitch sessions. 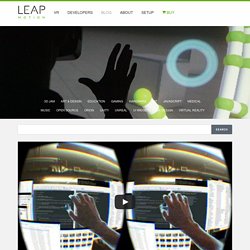 This basically involves everyone bouncing crazy ideas off each other to see which ones would stick. One of our tracking engineers suggested using our prototype Dragonfly module to augment a physical display with virtual widgets. Our team of five ran with this concept to create AR Screen. You’ve probably heard the rest of the story. Our team’s video got shared on /r/oculus and led to a feature on Wired. Disclaimer: Lots of ugly hackathon code ahead! Core Concepts and Resources. Project management triangle. The Project Management Triangle The Project Management Triangle (called also Triple Constraint or the Iron Triangle) is a model of the constraints of project management. It is a graphic aid where the three attributes show on the corners of the triangle to show opposition. It is useful to help with intentionally choosing project biases, or analyzing the goals of a project.[1] It is used to illustrate that project management success is measured by the project team's ability to manage the project, so that the expected results are produced while managing time and cost.[2][3][4] Overview[edit] The time constraint refers to the amount of time available to complete a project.

The discipline of project management is about providing the tools and techniques that enable the project team (not just the project manager) to organize their work to meet these constraints. Alphabet Inc. To Launch New “Screenless” Google Glass Wearable. Alphabet Inc. (NASDAQ:GOOGL) plans a new makeover for Google Glass, after the technology didn't attain the heights that the company hoped for. Latest rumors suggest the project has been re-initiated under the new name “Project Aura.” It will launch up to three new wearable devices, one of which will not incorporate a display screen. The new devices will follow a more enterprise-focused approach, with more importance placed on core functionality and user applications, as opposed to fashion alone. Cord-nevers could be bigger threat to TV than cord-cutters. Viewers continue to flee traditional television. Canada's top TV providers have lost almost seven times more customers so far this year compared with the same period in 2014, according to research from the consulting firm Boon Dog Professional Services.

The Ottawa-based company looked at Canada's seven publicly traded TV providers, including Rogers, Bell and Shaw. It found that, in total, they lost 153,000 subscribers up to this point in their 2015 fiscal year. The Best and Worst Places to Grow Up: How Your Area Compares. How much extra money a county causes children in poor families to make, compared with children in poor families nationwide. Manhattan is very bad for income mobility for poor kids. It is better than only about 7 percent of counties. Location matters – enormously. If you’re poor and live in the New York area, it’s better to be in Putnam County than in Manhattan or the Bronx. Wordsmith - Automatically generate natural language reports. System that replaces human intuition with algorithms outperforms human teams.

IBM Watson - A dinner date with a supercomputer. New HTTP/2 protocol to speed up the web is approved. 7 Hot IT Skills: DevOps, Infosec and More. Drone waiters. Google Search Will Be Your Next Brain — Backchannel. Experts pledge to rein in AI research. Web founder says Internet should be human right, criticizes government surveillance. How will the 5G network change the world? Smartphone app to be used as hotel room keys. Is the traditional metal key becoming obsolete? ​Walter Isaacson on the traits of "Innovators" The Physics of Fake Videos. You don’t want your privacy: Disney and the meat space data race. Inside Google, Microsoft, Facebook and HP Data Centers.

To Grow Or Die In The Cloud. BVP 10 Laws of Cloud Computing 2012 Release.pdf - File Shared from Box. Why Technology Is The Special Sauce In Growth Planning. IBM Suits Up Watson to Tackle Thorny Customer Service Problems. IBM Opens Up Its Watson Cognitive Computer For Developers Everywhere. IBM's Watson Gets A 'Swear Filter' After Learning The Urban Dictionary. How Future Cameras Will See In The Dark. Touchscreen that reacts without touching. TI-84 calculators getting color screens. Gif inventor says pronounce it 'Jif' Harvard Professor To Send The World's First "Scent Message" Across The Pond. Data Storage in DNA. 1TB flash drive. EMC morphs Hadoop elephant into SQL database Hawq. SQL to Hadoop Architecture. Box launches new service for security-conscious enterprises. 62 things you can do with Dropbox.

Apple releases Mac app to store photos in iCloud - BBC News. Wall sockets from all over the world. Donkey Kong: Pauline Edition. How Search Works - The Story – Inside Search – Google. Google Street View Hyperlapse. Google+'s Best New Unadvertised Feature: Photo Search With Visual Recognition - Try It On Your Own Pictures And Be Amazed.