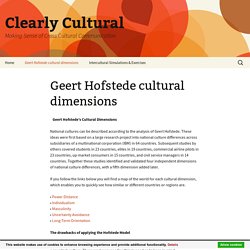 These ideas were first based on a large research project into national culture differences across subsidiaries of a multinational corporation (IBM) in 64 countries. Subsequent studies by others covered students in 23 countries, elites in 19 countries, commercial airline pilots in 23 countries, up-market consumers in 15 countries, and civil service managers in 14 countries. Together these studies identified and validated four independent dimensions of national culture differences, with a fifth dimension added later. Why Foucault's work on power is more important than ever. Imagine you are asked to compose an ultra-short history of philosophy. 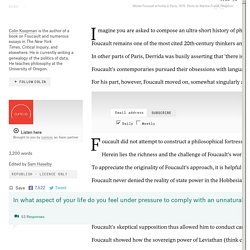 Perhaps you’ve been challenged to squeeze the impossibly sprawling diversity of philosophy itself into just a few tweets. You could do worse than to search for the single word that best captures the ideas of every important philosopher. The surprising psychology of the compassionate crowd. There’s nothing like a riot to bring out the amateur psychologist in all of us. 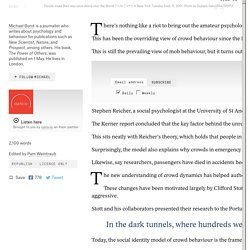 Consider what happened in August 2011, after police killed Mark Duggan, a 29-year-old man from the London suburb of Tottenham. Thousands took to the streets of London and other English towns in the UK’s worst outbreak of civil unrest in a generation. When police finally restored order after some six days of violence and vandalism, everyone from the Prime Minister David Cameron to newspaper columnists of every political persuasion denounced the mindless madness, incredulous that a single killing, horrific as it was, could spark the conflagration at hand.

The most popular theory was that rioters had surrendered their self-awareness and rationality to the mentality of the crowd. Group Psychology. How groups form, conform, then warp our decision-making, productivity and creativity. 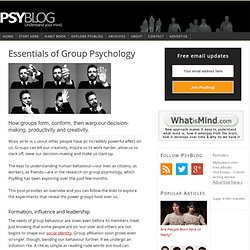 When we’re in a group other people have an incredibly powerful effect on us. Groups can kill our creativity, inspire us to work harder, allow us to slack off, skew our decision-making and make us clam up. The keys to understanding human behaviour—our lives as citizens, as workers, as friends—are in the research on group psychology, which PsyBlog has been exploring over the past few months.

This post provides an overview and you can follow the links to explore the experiments that reveal the power groups hold over us. Formation, influence and leadership. What Do You See? 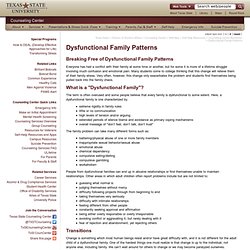 Many students come to college thinking that this change will relieve them of their family stress. Very often, however, this change only exacerbates the problem and students find themselves being pulled back into the family chaos. Philip Zimbardo shows how people become monsters ... or heroes. Social Identity Theory. By Saul McLeod published 2008. 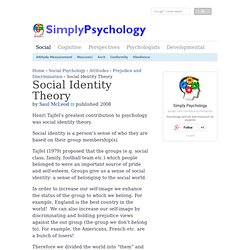 Why Hierarchy Creates a Destructive Force Within the Human Psyche. Human Nature talk with Robert Sapolsky, Gabor Mate, James Gilligan, Richard Wilkinson. Cooperation Is What Makes Us Human - Issue 18: Genius. Tales about the origins of our species always start off like this: A small band of hunter-gatherers roams the savannah, loving, warring, and struggling for survival under the African sun. 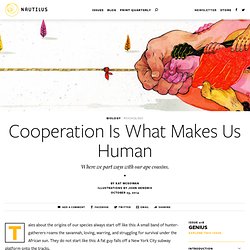 They do not start like this: A fat guy falls off a New York City subway platform onto the tracks. But what happens next is a quintessential story of who we are as human beings. On Feb. 17, 2013, around 2:30 a.m., Garrett O’Hanlon, a U.S. Air Force Academy cadet third class, was out celebrating his 22nd birthday in New York City. Psychology of Groups in Psychology 101 at AllPsych Online. Section 1: Introduction to Social Psychology Section 2: Our View of Self and Others Section 3: Obedience and Power Section 4: The Role of Groups The Role of Groups. 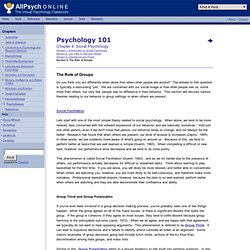 Teen Pecking Order Linked To Bullying. Watch A Teacher Make Her 3rd-Grade Kids Hate Each Other For The Best Reason Imaginable. History's Greatest Monsters - Ta-Nehisi Coates. I did a reading at Wesleyan last week. 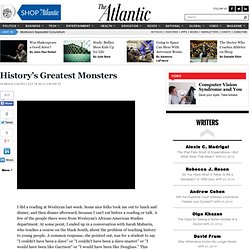 Some nice folks took me out to lunch and dinner, and then dinner afterward, because I can't eat before a reading or talk. A few of the people there were from Wesleyan's African-American Studies department. Institute for the Study of Coherence and Emergence. Social Complexity is the study of complexity as it is experienced in groups and organizations. 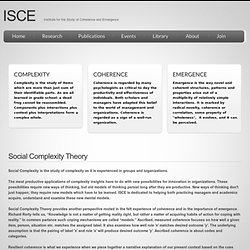 ISCE is dedicated to helping both practicing managers and academics acquire, understand and examine these new mental models. Study: Social complexity is 'evolution' LONDON, Oct. 13 (UPI) -- Human societies evolve slowly from the simple to the complex in much the same way as living organisms have evolved, a British study says. Tom Currie of University College of London says most scientists "think that biological evolution happens in small steps. We found the same thing in political evolution. " The study defined political "complexity" as the number of layers of authority, from local to regional power bases, covering ever-expanding areas, from small tribes or bands with informal leadership roles to complex modern nation states, WorldScience.net reported.

Social Complexity. Modeling Social Complexity. Back to War, Peace, and the Evolution of Social Complexity An Investigative Workshop at the National Institute for Mathematical and Biological Synthesis (NIMBioS), Knoxville, TN; Feb. 6-8, 2012 Organizers: Peter Turchin (University of Connecticut and the Evolution Institute), Laura Fortunato (Santa Fe Institute), and Sergey Gavrilets (University of Tennessee and NIMBioS) Summary The great majority of humans today live in complex societies, which can exist only due to extensive cooperation among large numbers of individuals. Ultrasociality, the ability of humans to cooperate in large groups of genetically unrelated individuals, presents a puzzle to both evolutionary and social theory.

Central Theme The great majority of humans today live in large-scale, complex (i.e. hierarchically organized) societies, which can exist only on a basis of extensive cooperation among large numbers of individuals. Workshop Goals. Articles. Inclusion! The Bigger Picture. Emotional Economics. Robert Sapolsky: The uniqueness of humans.