These articles are submitted as samples of articles run since Bannon took over Breitbart, not as what I, or any other bookmobile librarian, would actually refer a person to for unbiased or even logical content.

Most of them are briefly discussed within the Rolling Stone article linked in the general info on Bannon. Adios, America! More Than Validates Trump's Criticisms of Mass Mexican Immigration. “Presidential candidate Donald Trump painted himself further into a corner Wednesday by spewing another batch of anti-immigrant rhetoric on CNN,” declared The Huffington Post’s Michael McLaughlin for LatinoVoices. 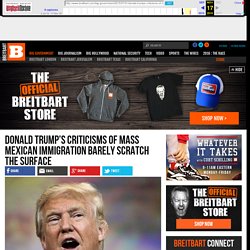 #BlackLivesMatter Stokes Global Chaos. TEL AVIV – Black Lives Matter’s muscle-flexing across Britain on Friday is the latest sign the radical group has a significant international influence and is seeking to take its signature brand of troublemaking global. 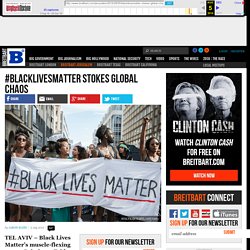 The New York Times reported on the movement’s UK direct action on Friday, which included the shutdown of a road leading to the bustling Heathrow Airport: On Friday morning, activists unfurled a giant banner and lay down on an access road near Heathrow, bringing traffic to a standstill for several hours. The police arrested 10 people. Five more people were arrested in Birmingham, Britain’s second-most populous city, after blocking traffic leading to the airport. Gay Rights Have Made Us Dumber, It's Time to Get Back in the Closet - Breitbart. But evolutionary science, it seems, presents us with an even more compelling reason why gays should pipe down and get back in the closet. 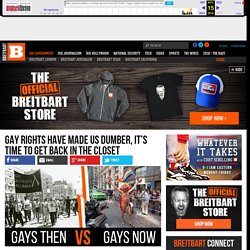 It’s all down to how smart gay men are, compared to the rest of the population. We’re told that behind every great man is a woman. It follows that a great man with another dude behind him would do even better. Breitbart: ¿Hoist It High And Proud: The Confederate Flag Proclaims A Glorious Heritage? Media Fail On N.C. Transgender Bathrooms, Hides Stealth Plan To Replace the Sexes With 'Gender' - Breitbart. Media Tries to Spin FBI Investigation of Hillary Email Server. Well, everyone but Fox News, of course. 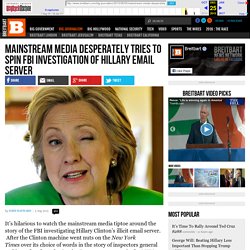 Their headline lays it out straight: “FBI Investigating Security of Hillary Clinton’s Private Email Server.” For other outlets, such as the Washington Post and CNN, the term of art is “FBI Looking Into the Security of Hillary Clinton’s Private Email Setup.” Political Correctness Protects Muslim Rape Culture. What has happened to put discussion of Islam’s rape culture out of bounds? 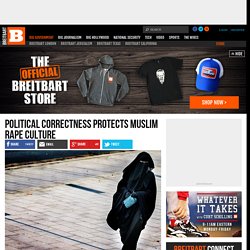 Crime statistics in Europe are daily documenting the scope of the problem, but no one in the establishment press is reporting them. Of course, the Fatwa on the proper treatment of “sex slaves” did make news, but only because it was billed as a rebuke to ISIS’s “excesses.” According to the mullahs, it’s quite okay to use captured 12-year-old girls as sex slaves, but you must follow proper Islamic etiquette. For example, you must not have sex with both the mother and daughter at the same time. But stories about the rape epidemic in Europe are rare. Consider this recent news item from Germany: A growing number of women and young girls housed in refugee shelters in Germany are being raped, sexually assaulted and even forced into prostitution by male asylum seekers, according to German social work organisations with first-hand knowledge of the situation.

Six Diseases Return To US as Migration Advocates Celebrate 'World Refugee Day' The returning diseases are; 1. 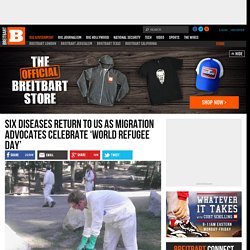 Tuberculosis 2. Measles 3. Whooping Cough 4. Mumps 5. The near eradication of these diseases in the United States during the twentieth century was a remarkable accomplishment of American civilization. But a politicized public health system, and a rise in the subsidized migration into the United States, however, have combined to reverse a century of progress. The number of foreign-born residents of the country has increased by 31 million in three decades, from 11 million in 1986 to 42 million in 2015.

Tuberculosis The number of communicable TB cases, dubbed active TB, increased by 1.7 percent to 9,563 in 2015, after 23 years of steady decline in the United States. The Vetting - Exclusive - Obama's Literary Agent in 1991 Booklet: 'Born in Kenya and raised in Indonesia and Hawaii' - Breitbart. Note from Senior Management: Andrew Breitbart was never a “Birther,” and Breitbart News is a site that has never advocated the narrative of “Birtherism.” 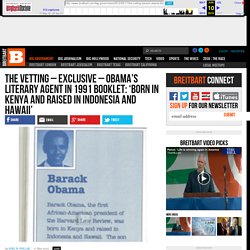 In fact, Andrew believed, as we do, that President Barack Obama was born in Honolulu, Hawaii, on August 4, 1961. Yet Andrew also believed that the complicit mainstream media had refused to examine President Obama’s ideological past, or the carefully crafted persona he and his advisers had constructed for him. It is for that reason that we launched “The Vetting,” an ongoing series in which we explore the ideological background of President Obama (and other presidential candidates)–not to re-litigate 2008, but because ideas and actions have consequences. It is also in that spirit that we discovered, and now present, the booklet described below–one that includes a marketing pitch for a forthcoming book by a then-young, otherwise unknown former president of the Harvard Law Review. 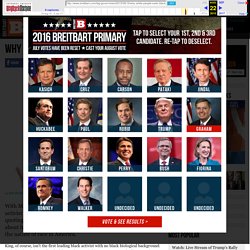 But King was a key figure in the same movement that now runs the Democratic Party, using the tools of racial victimhood and division to leverage power. All of this demonstrates one undeniable fact: being black in America in 2015 is perceived as a status symbol and an advantage. This does not deny the horrific and evil history of racism against black people in America. It also does not deny the fact that a disproportionate number of black people live in poverty and suffer as victims of crime (primarily from other black people, just as white people suffer crime primarily from other white people).

In areas across American culture, blackness is beneficial.

Related:  2017 Cabinet Nominees   -  US of A vs. Private Chelsea Manning   -  Whistleblowers Snowden Manning etc   -  US versus Manning, Assange, WikiLeaks, and the Press, the Time Line   -  International Consortium of Investigative Journalists   -  Education   -  Enterprise