This is Their Land. Mabo - a timeline. Posted It has been 20 years today since High Court handed down its decision on Mabo v Queensland (No 2), the landmark case known as Mabo, which paved the way for recognition of native title in Australia. 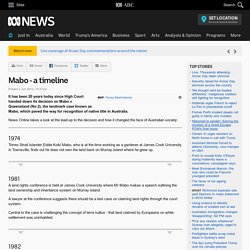 News Online takes a look at the lead-up to the decision and how it changed the face of Australian society: Torres Strait Islander Eddie Koiki Mabo, who is at the time working as a gardener at James Cook University in Townsville, finds out he does not own the land back on Murray Island where he grew up. A land rights conference is held at James Cook University where Mr Mabo makes a speech outlining the land ownership and inheritance system on Murray Island. A lawyer at the conference suggests there should be a test case on claiming land rights through the court system. Central to the case is challenging the concept of terra nullius - that land claimed by Europeans on white settlement was uninhabited. Sadly Mr Mabo is not present to celebrate the victory.

ABC Online Indigenous - Programs. Coming Up Thursday 6:50pm 28 May 2012 ABC1480: MABO The Mabo case Eddie Koiki Mabo won his way into history when the highest court in the country ruled in his favour and disproved the legal doctrine of Terra Nullius. 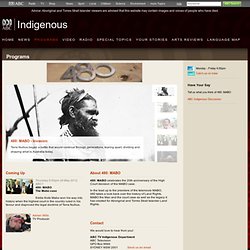 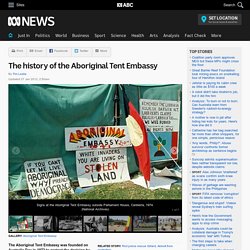 The government instead planned to implement a lease system, conditional on the ability of Indigenous people to make economic and social use of the land, and excluding rights to mineral and forestry resources. Four Indigenous activists - Michael Anderson, Billy Craigie, Bertie Williams and Tony Coorey - set up the protest at 1.00am under a beach umbrella on the lawns of Parliament House (Old Parliament House). The movement quickly gained traction, with more and more tents being erected and numbers at one point swelling to 2,000. On July 20, after the Government modified a law relating to trespass on Commonwealth lands, Police moved in and forcibly dismantled the embassy. Sorry Day and the Stolen Generations. Warning. 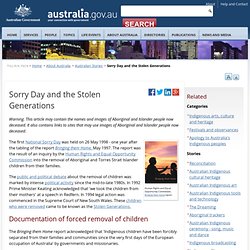 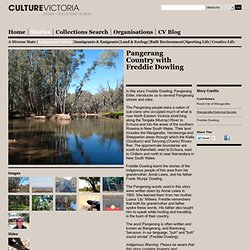 The Pangerang people were a nation of sub-clans who occupied much of what is now North Eastern Victoria stretching along the Tongala (Murray) River to Echuca and into the areas of the southern Riverina in New South Wales. Their land includes the Wangaratta, Yarrawonga and Shepparton areas through which the Kialla (Goulburn) and Torryong (Ovens) Rivers flow. The approximate boundaries are south to Mansfield, west to Echuca, east to Chiltern and north to near Narrandera in New South Wales. Freddie Dowling learnt the stories of the indigenous people of this area from his grandmother, Annie Lewis, and his father, Frank ‘Munja’ Dowling. The Pangerang words used in this story were written down by Annie Lewis in 1900. The word Pangerang is often written and known as Bangerang, and Banerang, 'because, in our language, "puh" and "buh" sound similar' (Freddie Dowling). History of Aboriginal People in North East Victoria Wiradjuri Wavereoo Dhudhuroa People.

A North East Victorian Perspective What is the history of Aboriginal people in north east Victoria and surrounding area? 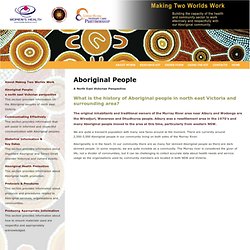 The original inhabitants and traditional owners of the Murray River area near Albury and Wodonga are the Wiradjuri, Wavereoo and Dhudhuroa people. Albury was a resettlement area in the 1970's and many Aboriginal people moved to the area at this time, particularly from western NSW. We are quite a transient population with many new faces around at the moment. There are currently around 2,500-3,000 Aboriginal people in our community living on both sides of the Murray River. Aboriginal History. The Koori History Website. Collaborating for Indigenous Rights 1957-1973.