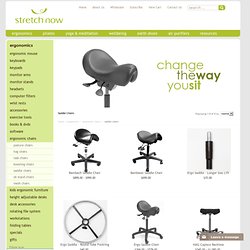 Safco Alphabetter Stand-Up Desk. As Low As $246.95Manufacturer's Price $345.00Save 28% Safco's AlphaBetter™ Stand-Up Desk encourages a different way of thinking about the classroom environment, one that allows children to learn in a way that is more in-tune with the developmental needs of their minds and bodies. 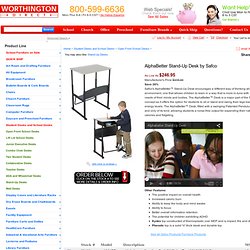 The AlphaBetter™ Desk is a major part of the Stand Up for Learning concept as it offers the option for students to sit or stand and swing their legs based on their natural energy levels. The AlphaBetter™ Desk, fitted with a swinging Patented Pendulum™ Footrest is the first and only of its kind, allowing students a noise-free output for expending their natural energy, burning calories and fidgeting. See all Safco Products Furniture Products. Encrypted-tbn1.gstatic. 349 × 144 pixels) Encrypted-tbn3.gstatic. No Cookies. 16-eamon-hohn-cp-school-student. Encrypted-tbn3.gstatic. Newly announced FreedMan Chair claimed to replicate standing spine posture - Images. "It became readily apparent that many of the problems my patients were experiencing had been created by the lack of a suitable chair," says Simon Freedman, an osteopath of 20 years. 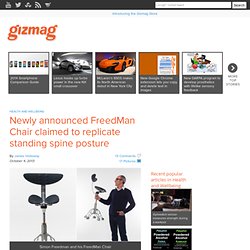 "But as hard as I looked, I just couldn't find a chair to recommend to them. I decided to see if I could make one myself. " After a claimed 15 years of development, Simon has announced his FreedMan Chair, which he says is the only chair that allows the spine and pelvis posture that we experience standing up. View all According to the press release announcing its unveiling, the chair allows its user to maintain the natural curvature of the spine in both forwards and sideways directions. The key to maintaing the spine's natural curvature, Freedman claims, is a thigh angle of 27 degrees from the horizontal. Freedman claims that nine out 10 people have unequal leg lengths, which he says has been "totally overlooked" by designers of other chairs.

But will this help to remedy back trouble? Academia. Background and Purpose. 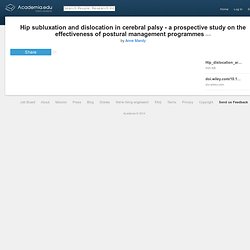 Download (.pdf) Share. Ergonomic Stand-Up Desks Allow Students To Stand Or Sit While Working. Abby Brown, the sixth grade teacher who designed the stand-up desks From the hallway, Abby Brown’s sixth-grade classroom in a little school here about an hour northeast of Minneapolis has the look of the usual one, with an American flag up front and children’s colorful artwork decorating the walls. 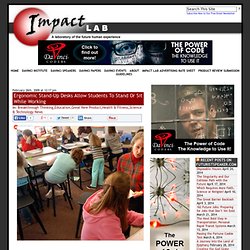 But inside, an experiment is going on that makes it among the more unorthodox public school classrooms in the country, and pupils are being studied as much as they are studying. Unlike children almost everywhere, those in Ms. Brown’s class do not have to sit and be still. Quite the contrary, they may stand and fidget all class long if they want. And they do. On one recent morning, while 11-year-old Nick Raboin had his eye on his math problems, Ms. The children in Ms. “Sometimes when I’m supertired, I sit,” Nick said. The stand-up desks come with swinging footrests, and with adjustable stools allowing children to switch between sitting and standing as their moods dictate. Dr. Effectiveness of adaptive seating on sitting posture and postural control in children with cerebral palsy.

Fourteen studies (176 participants, range two to 23) were included in the review. 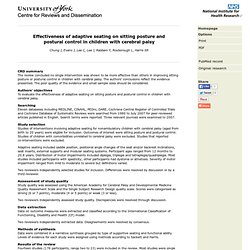 Most studies were single group designs acting as their own control groups; two studies were experimental with separate control groups. The quality of four studies was classified as strong, seven studies as moderate and three studies as weak. Saddle position (three studies): There was mixed evidence to support use of saddle seats. Single studies reported improved sitting postural control, no to slight improvements or a significant increase in sitting posture and postural control. Seat position angles (four studies): Two studies supported use of an anterior tilt seat with improvements in trunk extensor muscle activity (one study) and improved trunk extension (one study) in children with cerebral palsy.

Due to the small number of participants the authors reported that they were unable to draw conclusions on seat inserts (two studies; seven participants). Clipboard.