Isn't it obvious? If Operation Jade Helm were happening in any other country, it would be immediately labeled a military drill for martial law. (NaturalNews) I'm always amazed at how people can be programmed by the mainstream media to ignore the obvious reality happening right in front of their eyes. 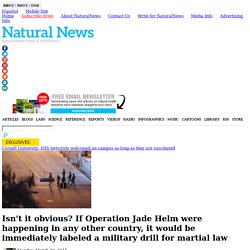 Right now, America is being lulled into a hypnotic sense of denial while military training for martial law is happening right in their own neighborhoods and city streets. Yet, strangely, no one is allowed to refer to this exercise as training for martial law... even though that's obviously what it is. Most Americans remain totally unaware of the fact that a massive military drill spanning 10 U.S. states will soon put military troops, helicopters, armored transports and military weapons directly on the streets of communities across the nation. Second Amendment. Breaking: UN Passes Arms Trade Treaty Blocked by U.S. Senate. If Americans want an illustration why Senate elections matter, they need look no further than the United Nations. 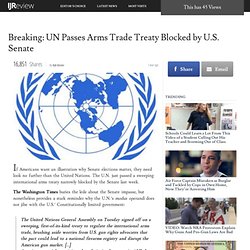 The U.N. just passed a sweeping international arms treaty narrowly blocked by the Senate last week. The Washington Times buries the lede about the Senate impasse, but nonetheless provides a stark reminder why the U.N.’s modus operandi does not jibe with the U.S.’ Constitutionally limited government: DICK ACT of 1902. The Dick Act of 1902 also known as the Efficiency of Militia Bill H.R. 11654, of June 28, 1902 invalidates all so-called gun-control laws. 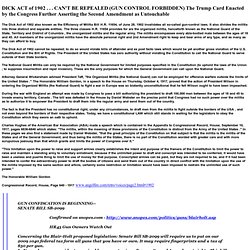 EXCLUSIVE: Justice Department memo reveals legal case for drone strikes on Americans. A secretive memo from the Justice Department, provided to NBC News, provides new information about the legal reasoning behind one of the Obama administration's controversial policies. 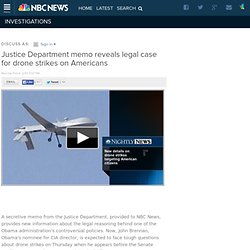 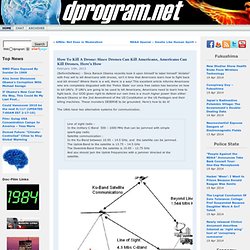 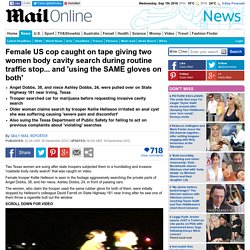 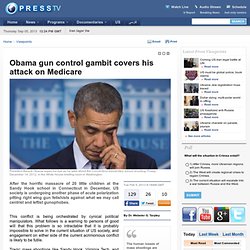 20 Years In Jail For Selling a Gun to a Pot Smoker. New Senate bill imposes punishment for “trafficking” firearm to “prohibited person” 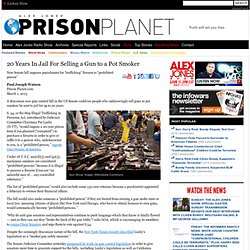 U S to Surrender Military Control to UN While Disarming Americans. The Fifth Amendment, Self-Incrimination, and Gun Registration. A recurring question that we are asked, not only by gun control advocates, but even by a number of gun owners is, "What's wrong with mandatory gun registration? 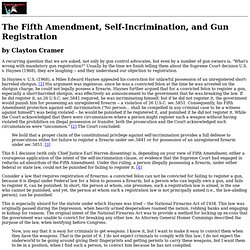 " Usually by the time we finish telling them about the Supreme Court decision U.S. v. Feinstein Wants to Ban Assault Weapons - 12/16/12. Obama's Cybersecurity Mandate a Bold First Step. President Obama's promise to take the lead in shoring up the government's cybersecurity efforts has drawn high praise from all corners of the tech world. 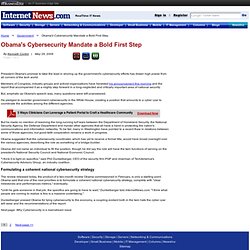 US draws up battle plan to stave off digital attack cyberstrikes - Americas - World. The rules – the country’s first on how it defends or retaliates against digital attacks – are expected to be approved in coming weeks, and are likely to be kept under wraps, much like the policies governing the country’s controversial drone programme. A secret legal review into the new guidelines has already decided that President Barack Obama has the power to order such pre-emptive strikes if faced with credible evidence of a looming attack, according to the New York Times, which quoted unnamed officials involved in the review. Full steam ahead on Obama's theft of IRA’s and 401k’s. DHS Supplier Provides Shooting Targets of American Gun Owners. Company produces cardboard cut-outs of “non-traditional threats”: Pregnant women, elderly & children Paul Joseph Watson Prison Planet.com February 19, 2013 A provider of “realistic” shooting targets to the Department of Homeland Security and other federal agencies has created a line of “non-traditional threat” targets that include pregnant women, mothers in playgrounds and elderly American gun owners.

Law Enforcement Targets, Inc. is a 21-year designer and full service provider of training targets for the DHS, the Justice Department and thousands of law enforcement agencies throughout the country. The company’s website offers a line of “No More Hesitation” targets “designed to give officers the experience of dealing with deadly force shooting scenarios with subjects that are not the norm during training.” The targets are, “meant to help the transition for officers who are faced with these highly unusual targets for the first time.” Tags: constitution, gun rights, police state.

DHS insider: It’s about to get very ugly. Please comment on this article at Canada Free Press. Insider: Obama To Fully Engage Gun Owners with Armed Feds in 2013. Obama using gun issue to advance health law. President Obama is using the national debate over gun violence to push for further action on his health care law, including insisting on the kind of mental health coverage states must provide under their Medicaid programs. Mr. Obama, unveiling his gun proposals Wednesday barely a month after the deadly school shooting in Newtown, Conn., will make it clear that his health law, known as the Affordable Care Act, allows doctors to ask patients whether they have guns in their homes, and will tell them they are able to report any threats of violence they hear to police.

The president also will lay out the mental health coverage that all insurers will be required to provide under his signature-achievement law. Those are some of the 23 executive actions Mr. Obama plans to take whether or not Congress acts on his broader recommendations, the White House said. Mr. H.R. 748 would require all persons in the US 18-25 to perform ‘national service’ (Before It's News) There has been speculation regarding President Obama’s “citizen army”.