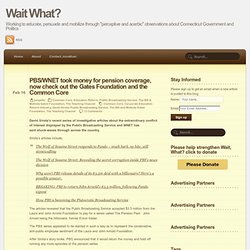 Sirota’s articles include; The Wolf of Sesame Street responds to Pando – much bark, no bite, still stonewallingThe Wolf of Sesame Street: Revealing the secret corruption inside PBS’s news divisionWhy won’t PBS release details of its $3.5m deal with a billionaire? How PBS is becoming the Plutocratic Broadcasting Service. By David Sirota On February 13, 2014 [Update 14th Feb 2014: Following Pando's exposé, PBS has announced it will return John Arnold's $3.5m donation.] 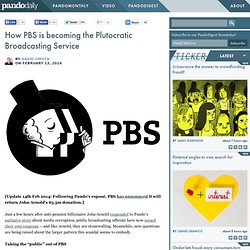 Just a few hours after anti-pension billionaire John Arnold responded to Pando’s exclusive story about media corruption, public broadcasting officials have now issued their own response – and like Arnold, they are stonewalling. Meanwhile, new questions are being raised about the larger pattern this scandal seems to embody. Mercedes Schneider Explains: Who Paid for the Common Core Standards. Mercedes Schneider has undertaken an immense task. 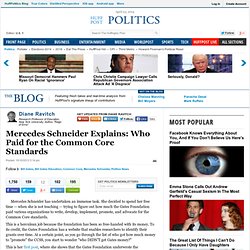 She decided to spend her free time -- when she is not teaching -- trying to figure out how much the Gates Foundation paid various organizations to write, develop, implement, promote, and advocate for the Common Core standards. This is a herculean job because the foundation has been so free-handed with its money. To its credit, the Gates Foundation has a website that enables researchers to identify their grants over time. TN Student Speaks Out About Common Core, Teacher Evaluations, and Educational Data. Parent Arrested from Common Core Meeting in Baltimore County MD. Het boerenverstand zegt: fraude en manipulatie - ECONOMIE. 09-11-13 09:04 uur - Bron: Het Parool © Floris Lok Wie beloning verwart met doel, kan het gekkenhuis in Deze week debatteerde de Tweede Kamer over de onderwijsbegroting. 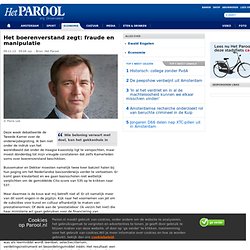 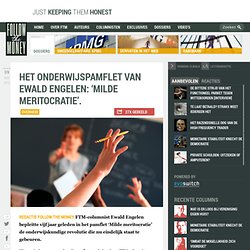 Common Core. Common Core Comes to Town. By AL Whitney (C) copyright 2013 Permission is granted for redistribution if linked to original and the AntiCorruption Society is acknowledged The following information applies to all states that have signed on to the Common Core State Standards. 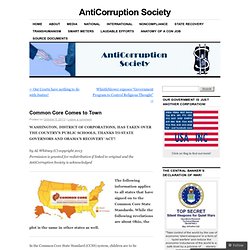 While the following revelations are about Ohio, the plot is the same in other states as well. In the Common Core State Standard (CCSS) system, children are to be indoctrinated, tested and then statistically categorized as human resources for their “value-added” to the system. Market-oriented education reform refers to a series of CCSS initiatives that include educator evaluations based in large part on student standardized test scores.

Top-down pressure from federal education policies, with deliberately misleading names such as Race to the Top and No Child Left Behind (bolstered by organized advocacy efforts), is making a set of market-oriented (“value added”) education reforms look more like the new status quo than real reform. Resources: Related. Major Corporations Fighting Common Core Backlash. I am not happy with the way that Common Core was developed. 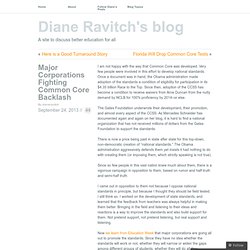 Very few people were involved in this effort to develop national standards. Once a document was in hand, the Obama administration made adoption of the standards a condition of eligibility for participation in its $4.35 billion Race to the Top. Since then, adoption of the CCSS has become a condition to receive waivers from Arne Duncan from the nutty demand by NCLB for 100% proficiency by 2014–or else. Arne Duncan tells newspaper editors how to report on Common Core. Arne Duncan (Jacquelyn Martin/AP) It seems that a big part of Education Secretary Arne Duncan’s job now is giving impassioned defenses of the Common Core State Standards, which he did Tuesday to a convention of American news editors (some of whom may not have even known it needed defending). 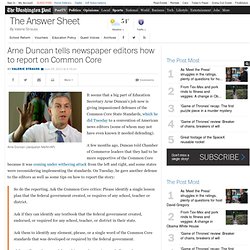 A few months ago, Duncan told Chamber of Commerce leaders that they had to be more supportive of the Common Core because it was coming under withering attack from the left and right, and some states were reconsidering implementing the standards. On Tuesday, he gave another defense to the editors as well as some tips on how to report the story: So do the reporting. Evidence? Secretary Duncan, You Can’t Handle the Evidence – Secretary of Education Arne Duncan appears now to be assuming the mantle of self-righteous indignation—a tenuous perch for someone who is leading a field in which he has no experience or expertise. 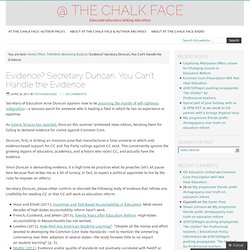 As Valerie Strauss has reported, Duncan this summer lambasted news editors, berating them for failing to demand evidence for claims against Common Core. Duncan, first, is striking an insincere pose that manufactures a false universe in which only evidence-based support for CC and Tea Party railings against CC exist. This conveniently ignores the growing legions of educators, academics, and scholars who reject CC, and actually have the evidence. Since Duncan is demanding evidence, it is high time he practices what he preaches (let’s all pause here because that strikes me as a bit of lunacy, in fact, to expect a political appointee to live by the rules he imposes on others).