Croque-Mademoiselle. SANDWICH 'TRIPLETA'. Puerto Rico. REAL Philly Cheesesteak. Grilled Cuban Sandwich (Sandwich Cubano) This will make a tasty pork sandwich but it's still not a true Cuban which is unfortunate, especially when the author's intro states that despite becoming a popular sandwich in the U.S., it's rarely prepared incorrectly - well it continues. 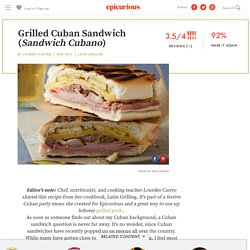 I studied Cuban cooking from Cuban chefs whose mission is to teach authentic dishes and after living in FL for many years, their dishes did indeed match those of the Cuban communities there, that also wanted their native dishes prepared correctly. One big difference is the use of Cuban pork, not just any leftover roasted pork - HUGE difference. The bread & pickles used are also important but I won't give those secrets away. The Cuban Medianoche Sandwich. It was on a drive from Havana to Vinales that Dan Goldberg and Andrea Kuhn experienced the biggest hunger pangs of their lives. 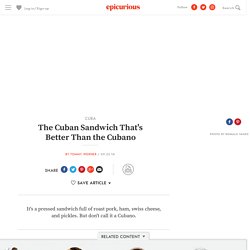 So the photographer and prop stylist did what under normal circumstances they probably wouldn't do: they bought a pair of fresh sandwiches from a gas station. The sandwiches—two pieces of soft eggy bread pressed together around a filling of pork, ham, cheese, mustard, and dill pickles—were better than they expected. “The bread was so fresh and the ham was so fresh,” Kuhn recalled recently. “I wish I had bought more of them.” Another Cubano success story?

“I think the medianoche in many ways is a better sandwich than the Cubano because the bread is softer," says Goldberg. Trust Goldberg and Kuhn on the nuances of sandwiches in Cuba. Photo by Shutterstock Goldberg and Kuhn explain that just like the cheeseburger in America, the medianoche (which translates to "midnight") can be found all over country. Smoked Salmon Tartine with Pickled Red Onion and Fried Capers. February 22nd, 2015 Some things are just so simple good, assuming one can use an adjective to modify an adjective, that a simply expressed single word can sum up the experience, to wit, “wow”. 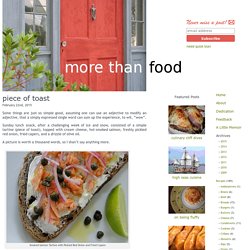 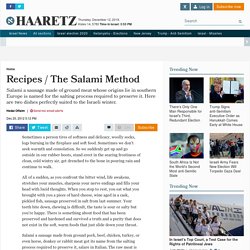 Sometimes we don’t seek warmth and consolation. So we suddenly get up and go outside in our rubber boots, stand erect in the searing frostiness of clean, cold wintry air, get drenched to the bone in pouring rain and continue to walk. Philly Cheesesteaks. Cuban Medianoche Sandwich. Cemita Poblana. 2000 Year Old Chinese Sandwich 肉夹馍. Sandwich Cubano. Watch how to make this recipe. 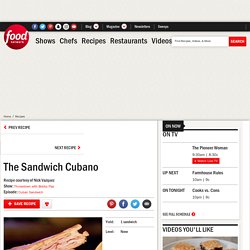 In Cuba it was just called el sandwich it was here in USA that we gave it a country! The plancha has to be set to 350 F Slice the bread in half lengthwise, spread the mayo on the bottom bread then place the roast pork then the baked sweet ham then the pickle then the cheese. this way the cheese will melt down and blend with the hams. Next put the sandwich on la plancha and spread a little melted butter on top of the bread and press down the top part of the plancha. in about 3 minutes raise the top part of the plancha spin your sandwich to the other side and repeat the butter process again Your bread should be toasted and the cheese melted. this should be done in about 10-to 15 minutes depending on the plancha Any good ham dish starts with the night before. marinating gives all foods that extra punch of flavour. 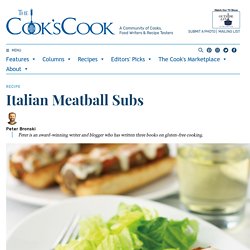 Reuben sandwich. For true fans of the Reuben, there is no better sandwich. 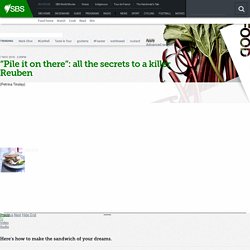 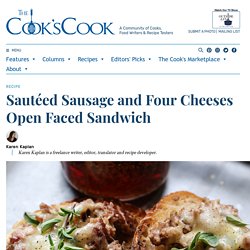 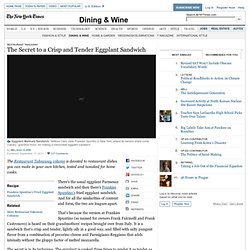 There’s the usual eggplant Parmesan sandwich and then there’s Frankies Spuntino’s fried eggplant sandwich. And for all the similarities of content and form, the two are leagues apart. Anchovy And Pepper Grilled Cheese Sandwich. In this great city of ours, one could eat a different sandwich every day of the year—so that's what we'll do. 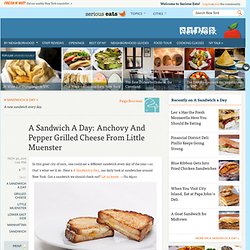