World population-food supply balance is becoming increasingly unstable, study finds. Researchers report that as the world population increases and food demand has grown, globalization of trade has made the food supply more sensitive to environmental and market fluctuations. 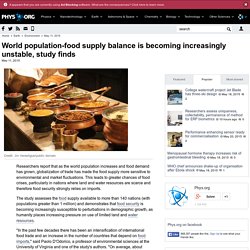 This leads to greater chances of food crises, particularly in nations where land and water resources are scarce and therefore food security strongly relies on imports. To address the global food crisis, we have to address the power of big agribusiness. There is plenty of evidence that the livelihoods of farmers and communities can be improved, and that agroecology can deliver a huge range of other benefits. 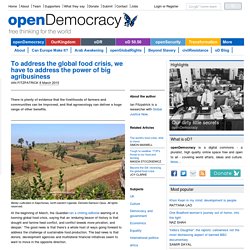 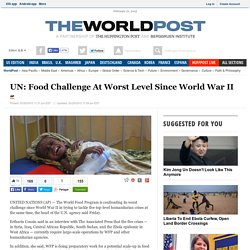 Ertharin Cousin said in an interview with The Associated Press that the five crises — in Syria, Iraq, Central African Republic, South Sudan, and the Ebola epidemic in West Africa — currently require large-scale operations by WFP and other humanitarian agencies. In addition, she said, WFP is doing preparatory work for a potential scale-up in food assistance to four other countries where there is growing political instability — Yemen, Nigeria, Ukraine and Libya. Cousin said the demands are overwhelming the donor community and as a result WFP had to cut food assistance to six million Syrians inside and outside the country by 30 percent in January. "We have more crises that require surge operations of the humanitarian community, and WFP specifically, since World War II," she said. Latest climate change battle may center on food pyramid. The political clash over climate change has entered new territory that does not involve a massive oil pipeline or a subsidy for renewable energy, but a quaint federal chart that tries to nudge Americans toward a healthy diet. 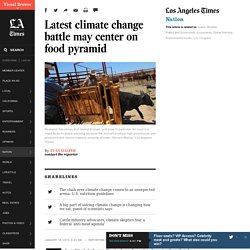 The food pyramid, that 3-decade-old backbone of grade-school nutrition lessons, has become a test case of how far the Obama administration is willing to push its global warming agenda. The unexpected debate began with a suggestion by a prominent panel of government scientists: The food pyramid — recently refashioned in the shape of a dinner plate — could be reworked to consider the heavy carbon impact of raising animals for meat, they said. A growing body of research has found that meat animals, and cows, in particular, with their belching of greenhouse gases, trampling of the landscape and need for massive amounts of water, are a major factor in global warming.

But the stakes are high when it comes to steak. Matz is no climate skeptic. Evan.halper@latimes.com. The World’s Second-Biggest Food Exporter Declares War on Livestock Antibiotics. Although visitors to the Netherlands often remark on the picturesque fields that fly past their train window, few of them realize that they’re looking at one of the strongest agricultural production systems in the world. 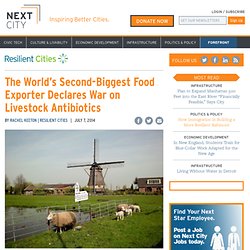 After the United States, the Netherlands exports more food than any other country on the planet – an incredible feat considering the U.S. is over 230 times bigger. A major part of that production is livestock: although this tiny country is barely the size of Maryland, the Netherlands is Europe’s leading exporter of meat.

Efficiency is what makes this country an agricultural powerhouse, but it also creates a landscape where almost everyone lives in close proximity to livestock. With only 17 million people and 118 million farm animals, the Netherlands grapples with a legitimate concern about deadly bacterial outbreaks. For many countries, food security has become a major issue as climate change and natural disasters wreck havoc on older systems. Insecticides put world food supplies at risk, say scientists. The world’s most widely used insecticides have contaminated the environment across the planet so pervasively that global food production is at risk, according to a comprehensive scientific assessment of the chemicals’ impacts. 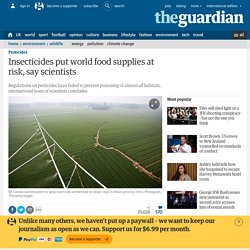 The researchers compare their impact with that reported in Silent Spring, the landmark 1962 book by Rachel Carson that revealed the decimation of birds and insects by the blanket use of DDT and other pesticides and led to the modern environmental movement. Billions of dollars’ worth of the potent and long-lasting neurotoxins are sold every year but regulations have failed to prevent the poisoning of almost all habitats, the international team of scientists concluded in the most detailed study yet.

As a result, they say, creatures essential to global food production – from bees to earthworms – are likely to be suffering grave harm and the chemicals must be phased out. Democracy and Diversity Can Mend Broken Food Systems - Final Diagnosis from UN Right to Food Expert. The Global Food Challenge Explained in 18 Graphics. This post is part of WRI's blog series, Creating a Sustainable Food Future. 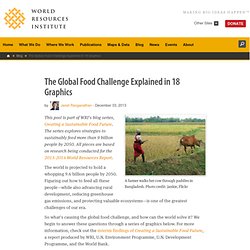 The series explores strategies to sustainably feed more than 9 billion people by 2050. All pieces are based on research being conducted for the 2013-2014 World Resources Report. The world is projected to hold a whopping 9.6 billion people by 2050. Figuring out how to feed all these people—while also advancing rural development, reducing greenhouse gas emissions, and protecting valuable ecosystems—is one of the greatest challenges of our era. ​If You Want a Glimpse of the Future Food Wars, Look to Hawaii. [Insert normal verbiage about this not being in support of Monsanto et. al. here] I'm wondering whether or not developing drought, pest & disease resistant strains is going to be an important part of making sure our food supply survives the rather uncertain future presented to us by climate change. 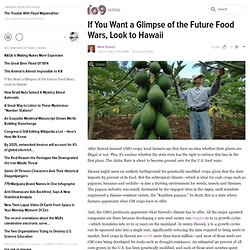 Given the political orientation of most of these people, and given the fact that they live on an island that is pretty sensitive to rising sea levels, it seems even more counter-productive for them than it is for most people to do this, but I'm also not a climatologist or a geneticist, so what do I know? Then again, I'm betting that my ruminations above represent a somewhat more reasoned view than the average state legislator in Hawaii has on the topic. Visited Kauai two months ago and learned how 9 year old girls are already menstruating, and cancer is most prevalent among locals near the GMO farms. Learned how exactly? Conflict Kitchen puts peace on the table.

During more than a decade of working in parts of the world affected by conflict, I have never been far from sharing food. 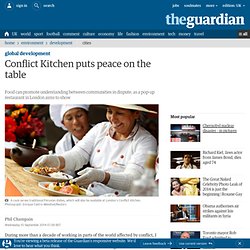 As an outsider, invariably I have been the guest at a restaurant or the family home of a relative stranger. On occasions, food itself has been the subject of argument. In 2008, Lebanese chefs created the world’s largest hummus plate in Beirut and decorated it with the Lebanese flag during a row over traditional dishes. Armenians have taken steps to safeguard what they believe to be the Armenian lineage of tolma (stuffed vine leaves or other vegetables), which are frequently also served in Turkey (where they are known as dolma). 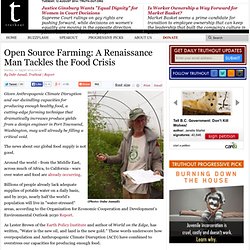 The news about our global food supply is not good. Around the world - from the Middle East, across much of Africa, to California - wars over water and food are already occurring. Billions of people already lack adequate supplies of potable water on a daily basis, and by 2030, nearly half the world's population will live in "water-stressed" areas, according to the Organization for Economic Cooperation and Development's Environmental Outlook 2030 Report. Massachusetts to Implement Most Ambitious Food Waste Ban in U.S. We’ve mentioned that food waste is an expensive, environmental nightmare. Americans waste 40 percent of the food that’s produced each year to the tune of $165 billion. One state has figured out a way to make this stop — by making it a crime.

STAND by for food riots. I just don’t know where. According to the United Nations Food and Agricultural Organisation (FAO), riots are most likely to occur when its food price index exceeds 210. It is currently at 216.