Replacing the capstone of the Great Pyramid. Initiation ceremony starts from the river (spine) The measurements shown in this blog entry are based on a book unfortunately not yet available in English language, A. 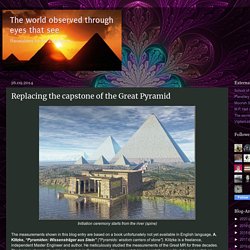 Astro-Theology - World Spirituality. Astrology as Religion [This is taken from Thomas H. 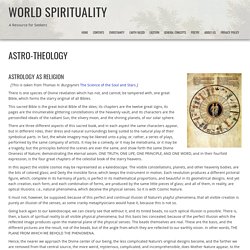 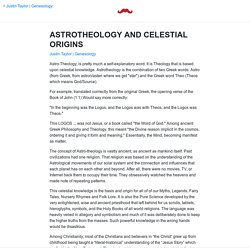 It is Theology that is based upon celestial knowledge. Astrotheology is the combination of two Greek words: Astro (from Greek, from astron/asteri where we get "star") and the Greek word Theo (Theos which means God/Source). Sectret of Secrets: The Elixir of life, hiding in the Bible Part 1. The Truth About Christianity - Astrotheology, Evidence, and Magic Mushrooms. Jordan Maxwell - Astro Theology [The Root of All Religions] Wholly Science Astrotheology by J Oldenkamp part 1. Amazon. I AM Buddy, The BUDDHA From Mississippi ™ Michael Tsarion - Revelations. Michael Tsarion How Astrotheology Is Used In Religion. The LEGITIMATE Jordan Maxwell. Podcast: Play in new window | Download (Duration: 45:44 — 42.4MB) Astro-Theology is Religion from the Gods The Bible is the greatest Story Every told. 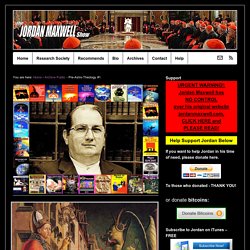 Astro-Theology is the study of God. Why does every other Church have a different Story? Where does Christianity come from? Life comes from Life. Bible, Torah, Koran. Claremont University has an original copy of the Dead Sea Scrolls. Jordan speaks about the Bible and Codes within the Bible. Aesop’s Fables or the Aesopian is a collection of fables credited to Aesop, a slave and storyteller believed to have lived in ancient Greece between 620 and 560. “By their fruits you shall know them” Jesus. Astro-Theology Archives - BRAINFEED. The Esoteric Meanings of Easter. Image credit: flickr.com/photos/skeletalmess/7587187482 The origin of the word “Easter” comes from “Old English Easterdæg, from Eastre (Northumbrian Eostre), from Proto-Germanic *Austron, a goddess of fertility and spring, probably originally of sunrise whose feast was celebrated at the spring equinox, from *austra-, from PIE *aus- “to shine” (especially of the dawn).” 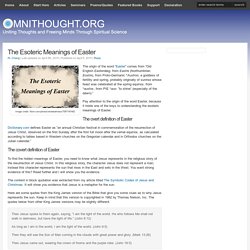 Constellations of Words. Astrotheology. Astrotheology - Temple of Theola - Tau Tia L Douglass. MASONRY AND ASTROTHEOLOGY. Holy Astrotheology and the Undying Stars with David Mathisen On GW Radio. Podcast: Play in new window | Download (Duration: 2:34 — 2.4MB) | Embed Subscribe: iTunes | Android | It is not too late for us to reconnect with this ancient knowledge: it is right over our heads, which means that it is also right inside of us. - David Warner Mathisen. 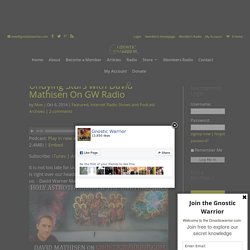 Space Theology (Astrotheology): Stellarium, WWT or DUA - WABS! What astronomy software should you choose for your personal study or as a teaching aid in your class? 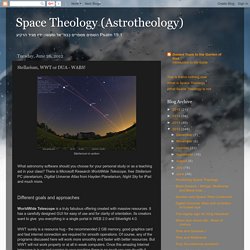 There is Microsoft Research WorldWide Telescope, free Stellarium PC planetarium, Digitial Universe Atlas from Hayden Planetarium, Night Sky for iPad and much more. Different goals and approaches WorldWide Telescope is a truly fabulous offering created with massive resources. It has a carefully designed GUI for easy of use and for clarity of orientation. Its creators want to give you everything in a single portal in WEB 2.0 and Silverlight 4.0. WWT surely is a resource hug - the recommended 2 GB memory, good graphics card and fast internet connection are required for smooth operations. Stellarium is there for you for free download if your main concern is to learn to know better the stars and constellations visible in the night sky and to decide where to aim your binoculars or telescope. Night Sky for iPad is not free software and it is an iPad not PC application. Why DUA?

Astrotheology « As we expand our consciousness , as we begin to re-remember the true nature of physical reality and how its created , it is the most fascinating, empowering, extraordinary experience you will have. 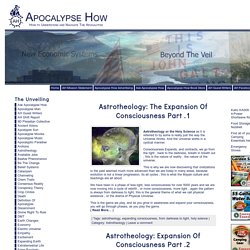 We will leave behind our childish ways , and regain our child like wonderment of the cosmos , we will rejoin that which we already are. The truth vibrations are getting stronger and they are over powering the control grids that have been in place for thousands of years, the shackles are being broken every moment of every day. And the Holy Science or Astrotheology, is key in moving us back into unity consciousness. The LEGITIMATE Jordan Maxwell. Podcast: Play in new window | Download (Duration: 45:15 — 42.0MB) 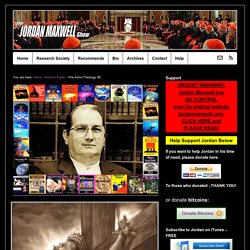 The LEGITIMATE Jordan Maxwell. Astro-theology and the Great Cycles of Time. In 1894 the Indian astronomer, Sri Yukteswar, wrote that the cause of the precession of the equinox ... 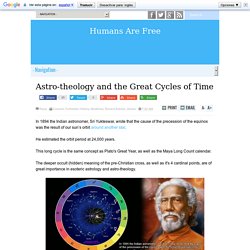 In 1894 the Indian astronomer, Sri Yukteswar, wrote that the cause of the precession of the equinox was the result of our sun’s orbit around another star. He estimated the orbit period at 24,000 years. This long cycle is the same concept as Plato's Great Year, as well as the Maya Long Count calendar. Astrotheology: The Truth about Jesus Christ  and the New Testament - Home. Cell Biology/DNA/Astro-Theology/Alchemy vs. Scripture - A Case Study. This journey will involve uncovering secrets of DNA and Cell Biology, hidden within the pages of the Biblical texts.However… before we even begin to open the Bible and examine its pages, we will first look at the actual physical construction of the Bible itself to see if any Genetic clues have been left for us to discover.The Bible is divided into two sections… the first section is called the Old Testament.

Matthew 6:10 “Thy kingdom come. Thy will be done in earth, as it is in heaven”Did you catch that? In Earth… as it is in Heaven.As Above, so Below.As Without, so Within.Everything in this Universe is connected and related to one another in the most amazing ways.Earlier we mentioned that the New Testament contains 27 books.Did you know that the Sun revolves around its axis once every 27 years (approximately)? PROGRAM - ASTROTHEOLOGY. Astrotheology, the Holy Science. Those very same people left us Spiritual Wisdom too.

Love of Wisdom has always been the highest virtue of Man. Philosophy comes from two Greek words, Love & Wisdom. The ruling families created counterfeit philosophical organizations (Corporate religions/ churches) to replace the three branches (Logic, Ethics, Physics) of Philosophy with Dogma and Doctrine, Fear, Superstition and ignorance. and explain how the powers that be, (The Elite Oligarchies) through their religious, political, monetary, corporate (etc) institutions, have been suppressing the true Science/ Religion that was bequeathed to us by more advanced civilizations i.e.: Egypt, Babylon, Persia, India, Greece etc. The science of the stars and soul. This is the knowledge that they prefer we do not have. Syncretism shows how all the Ancient Legendary Stories, Myths, Bibles, Fairy Tales etc, all have one simple common origin.

Socrates’ guiding rule was: “Know Thyself.” Untitled Document. The Statue of Liberty...to this day, kings still wear a round "crown of thorns," symbolising the rays of the Sun! The "Ancient Story" went something like this.... 1. The ancient peoples reasoned that no one on Earth could ever lay claim of ownership to the Great Orb of Day. It must belong to the unseen Creator of the Universe. It was, figuratively speaking, not man's, but "GOD'S SUN". 2. 3. 4. 5. 6. 7.

"God's Sun gives his life for us to live. " New Constellation Symbols. Calligraphic version | Fixed-width version There are symbols for the twelve classical constellations of the zodiac, which are primarily used for astrological purposes. Two symbols have been proposed for Ophiuchus, the thirteenth constellation of the zodiac - one in general use in Japanese astrology and the other based on the rod of Aesclepius. For the book One Hundred Year Star-Diary, I created symbols for a number of meteor showers.