Clothes that grow: 10 bold ideas to reduce ocean plastics. Microbeads made from plants not plastic and clothes that stretch as a baby grows are some of the ideas to be awarded a slice of £6m to prevent further ocean pollution. 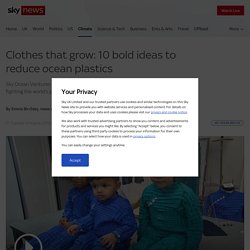 Ten companies have been picked to receive investment by the government and Sky Ocean Ventures, the campaign which backs the development of new ocean-saving technologies. One of them is Petit Pli, which turns recycled plastic bottles into clothes that expand with the young child who wears them. Ryan Mario Yasin, who founded the start-up, said: "We are using a patent-pending structure embedded within the garment which gives them mechanical properties. Clothes designed to grow as children age could mean savings for parents while cutting waste. Businesses developing pioneering products to fight plastic pollution and clean up our oceans to receive funding boost projects across the UK, from Bath to Edinburgh and London to Yorkshire, are being backed by the government / Sky Ocean Ventures partnership green economy already growing faster than other sectors with green jobs expected to grow up to 2 million by 2030 Innovative businesses creating green alternatives to plastic bottles, cosmetic beads and synthetic materials are being backed by new funding from the government and Sky. 10 projects have been given a funding boost from the government and Sky Ocean Ventures – Sky’s impact investment fund – to find fast and future-proof solutions to the ocean plastics crisis. 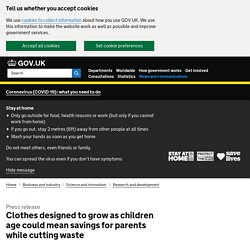 Five UK innovations that could change our relationship with waste. 地球上“快速时尚”的巨大代价-为什么答案可能是循环的. Tower of power: gravity-based storage evolves beyond pumped hydro. The influx of renewable energy to national power grids has hit something of a bottleneck. 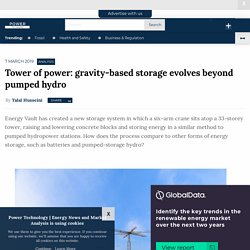 While technological innovation in energy storage has taken off, the current infrastructure is limited in the amount of energy that can be stockpiled from intermittent sources such as solar and wind power. Renewable energy is becoming more affordable, but the unstable nature of production and reliance on the right solar and wind conditions has held back renewables in the quest to replace fossil fuels. Lab-grown food is about to destroy farming – and save the planet. It sounds like a miracle, but no great technological leaps were required. 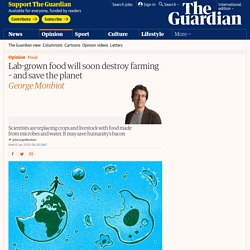 In a commercial lab on the outskirts of Helsinki, I watched scientists turn water into food. Through a porthole in a metal tank, I could see a yellow froth churning. It’s a primordial soup of bacteria, taken from the soil and multiplied in the laboratory, using hydrogen extracted from water as its energy source. Coronavirus Pandemic Highlights Vital Need for Vertical Farms in World Cities. Horizon scanning: Eight innovations set to shake-up sustainability in 2020. What are Top 25 Environmental Concerns? Our Mother Earth is currently facing lot of environmental concerns. 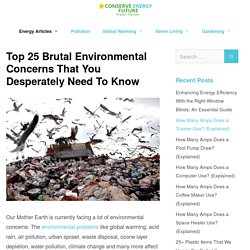 The environmental problems like global warming, acid rain, air pollution, urban sprawl, waste disposal, ozone layer depletion, water pollution, climate change and many more affect every human, animal and nation on this planet. Over the last few decades, the exploitation of our planet and degradation of our environment have gone up at an alarming rate. » Site Parking Best Practice Hub. Contributing to the emergence of the sustainable agriculture of the future - SUEZ Group. Modernising and improving land irrigation We have developed a smart irrigation technology based on the use of meteorological, cartographic and hydrological data. 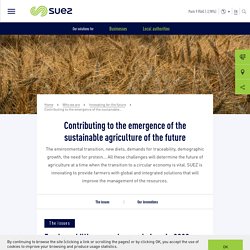 Expert algorithms enable farmers to optimise their water, energy and fertiliser consumption, while maintaining or increasing production levels. 4 Malaysian engineers believe vertical farming offers answer to food sustainability. When Chew Jo Han decided to set up a small hydroponic system in his office because his fashion start-up was not doing well, his friends Jayden Koay, Looi Choon Beng and Low Cheng Yang joked that, if nothing else, he could survive on the vegetables grown! 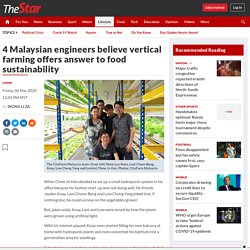 But, jokes aside, Koay, Looi and Low were struck by how the plants were grown using artificial light. With his interest piqued, Koay soon started filling his own balcony at home with hydroponic plants and even converted his bathtub into a germination area for seedlings. “I started my own system, and my (now business) partners also started to do the same, at home or in their offices, ” said Koay, 32. They then discovered a common problem – the industry was still in its infancy and materials, equipment like hydroponic fertilisers had to be bought from countries like Japan, Singapore, China and Taiwan. Year-round fish and vegetables in the northern climate of Wisconsin. The circular future of the urban horticulture. Wouter Verkerke’s primary expertise is value creation of production systems in horticulture. 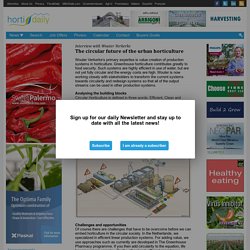 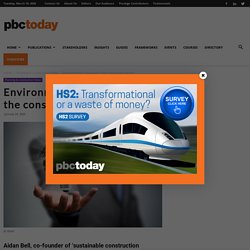 This sector also continues to be the least productive in the UK economy, as well as having one of the lowest levels of digitalisation in the world. This is partly due to a lack of investment, as well as a fear of risks. However, this could be due to change, partly thanks to the Industrial Strategy Challenge Fund. This will develop digital, manufacturing and renewable energy technologies for the construction sector which, combined with improved business models, McKinsey believe could increase productivity by between 50 and 60%, as well as reducing waste. 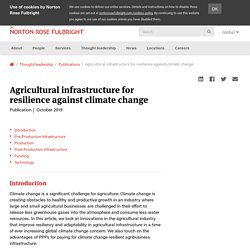 Climate change is creating obstacles to healthy and productive growth in an industry where large and small agricultural businesses are challenged in their effort to release less greenhouse gases into the atmosphere and consume less water resources. In this article, we look at innovations in the agricultural industry that improve resiliency and adaptability in agricultural infrastructure in a time of ever increasing global climate change concern. We also touch on the advantages of PPPs for paying for climate change resilient agribusiness infrastructure.