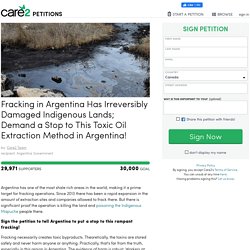 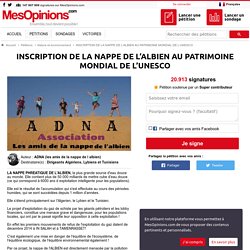 Big Oil wants to dump more wastewater into rivers. What could go wrong? For more than six months, twin brothers Ronald and Donald Schweitzer have watched large amounts of salty wastewater bubble up from the ground in their wheat field. 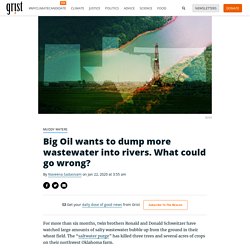 The “saltwater purge” has killed three trees and several acres of crops on their northwest Oklahoma farm. “Absolutely ruined,” Ronald Schweitzer told a local TV station. “It won’t grow nothing, not unless they dig the dirt out and put new dirt back in.” The Schweitzers’ property is surrounded by highly-pressurized underground injection wells that store wastewater from oil and gas drilling. After tests confirmed that the saltwater had a similar chemical profile to wastewater dumped in the area, the Oklahoma Corporation Commission shut down eight disposal wells and reduced pumping rates for several more in November. Coal-mines-have-canaries-frackers-have-mussels. The EPA found that fracking can impact drinking water quality. That name stands for “a new way forward in mobility,” not “we’re making way mo’ cars that will drive themselves around while your grandparents make out inside.” 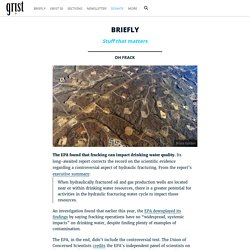 Anyone viewing this heartwarming brand identity video, though, can see that the latter is clearly part of the mission objective. The video also features a first: Steve Mahan, a legally blind man, rides around a residential neighborhood in Austin, Texas, in a Google car with no pedals or steering wheel — the first member of the public to make such a trip alone on public roads. That trip was taken in October 2015, a year before Otto, Uber’s self-driving truck company, made its historic autonomous beer delivery in Colorado. Cancer-Causing Chemicals Found In Drinking Water Near Texas Fracking Sites.

Scientists have found elevated levels of cancer-causing chemicals in the drinking water in North Texas’ Barnett Shale region — where a fracking boom has sprouted more than 20,000 oil and gas wells. 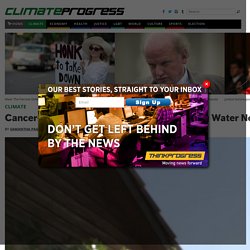 Researchers from the University of Texas, Arlington tested water samples from public and private wells collected over the past three years and found elevated levels of heavy metals, such as arsenic. Their findings, released Wednesday, showed elevated levels of 19 different chemicals including the so-called BTEX (benzene, toluene, ethyl benzene and xylenes) compounds. Heavy metals are toxic when ingested, and BTEX compounds are considered carcinogenic when ingested.

Exposure to BTEX compounds is also associated with effects on the respiratory and central nervous system. The study found elevated levels of toxic methanol and ethanol, as well. The researchers were clear that they had not determined the source of the metals and chemicals. “It’s challenging, but it’s necessary. Des additifs de fracturation hydraulique dans l’eau du robinet. MOUSSE. 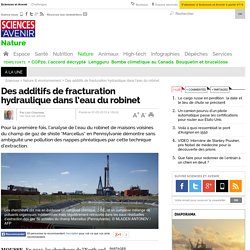 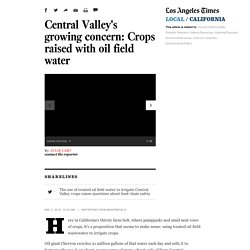 Oil giant Chevron recycles 21 million gallons of that water each day and sells it to farmers who use it on about 45,000 acres of crops, about 10% of Kern County's farmland. State and local officials praise the 2-decade-old program as a national model for coping with the region's water shortages. As California's four-year drought lingers and authorities scramble to conserve every drop, agricultural officials have said that more companies are seeking permits to begin similar programs. The heightened interest in recycling oil field wastewater has raised concern over the adequacy of safety measures in place to prevent contamination from toxic oil production chemicals. No one knows whether nuts, citrus or other crops grown with the recycled oil field water have been contaminated. State Sen. Carl K. Documents Reveal Billions of Gallons of Oil Industry Wastewater Illegally Injected Into Central California Aquifers. 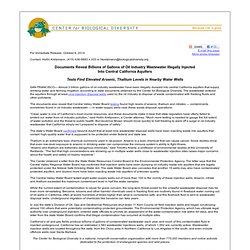 Frackers are dumping toxic waste into California’s groundwater. California can officially add one more disaster to its rapidly growing list of water woes: The EPA just found that at least nine fracking sites throughout the state have been dumping billions of gallons of contaminated wastewater into its protected aquifers. 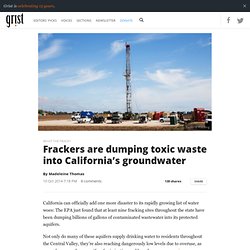 Not only do many of these aquifers supply drinking water to residents throughout the Central Valley, they’re also reaching dangerously low levels due to overuse, as many farmers rely on aquifers for irrigation and have been overpumping groundwater supplies as the drought carries on. According to a letter sent to the EPA by the California State Water Resources Board, roughly 3 billion gallons of wastewater were illegally injected into aquifers throughout central California. Une nouvelle arme contre le gaz de schiste dans le Var. Energy Action Coalition wants to Demand Justice For West Virginians whose water was poisoned. 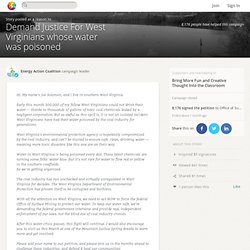 My name’s Joe Solomon, and I live in southern West Virginia. Early this month 300,000 of my fellow West Virginians could not drink their water — thanks to thousands of gallons of toxic coal chemicals leaked by a negligent corporation. But as awful as this spill is, it is not an isolated incident. West Virginians have had their water poisoned by the coal industry for generations. West Virginia’s environmental protection agency is hopelessly compromised by the coal industry, and can’t be trusted to ensure safe, clean, drinking water — meaning more toxic disasters like this one are on their way. Stop Massive Expansion of U.S. Gas Exports. Scientists: Tests prove fracking to blame for flaming Parker County wells. For the past two years, News 8 has aired a series of stories of flames shooting from water wells in Parker County.

Dangerous levels of methane gas somehow found its way into the water supply. While Barnett Shale gas producers deny any connection to their operations, a pair of scientists are now disputing that. Fracking poses risk to UK farm animals and food safety, experts warn. The painting, propped up hastily on the roadside, depicts an alarming scene: a menacing, dark-haired man about to inject a young woman with an unknown chemical.

He has one hand around her neck, the other holds a bright red needle close to her face. The girl has an arm raised up in a last act of self defence – she's trying to protect her hair, pictured sweeping upwards into the brown trunk of a tree, and her dress, depicted as a vast, gushing river. Above, by way of explanation, a crudely made banner reads: 'A Lethal Injection. Expose the Truth About Fracking. Target: Gina McCarthy, Administrator of the Environmental Protection Agency Goal: Provide more accurate and honest assessments of the environmental impacts of hydraulic fracking Hydraulic fracturing, or fracking, has become extremely controversial as fossil fuel companies invest more and more in the practice.

Utilisation de tonnes d'eau. 4 states confirm water pollution from drilling. PITTSBURGH (AP) — In at least four states that have nurtured the nation's energy boom, hundreds of complaints have been made about well-water contamination from oil or gas drilling, and pollution was confirmed in a number of them, according to a review that casts doubt on industry suggestions that such problems rarely happen.

The Associated Press requested data on drilling-related complaints in Pennsylvania, Ohio, West Virginia and Texas and found major differences in how the states report such problems. Texas provided the most detail, while the other states provided only general outlines. EPA report on fracking in Texas raises new concerns. WASHINGTON — The Environmental Protection Agency was justified in intervening to examine possible risks of gas drilling to Texas drinking water, the agency's internal watchdog reported Tuesday.

Tests show Texas well water polluted by fracking, despite EPA assurances. Environmentalists and residents of Parker County, Texas, were dismayed last year when the EPA dropped an investigation into complaints that fracking by Range Resources was contaminating local water supplies with methane. As part of a legal settlement that got the EPA off its back, the company agreed to test well water in the city of Weatherford, where the complaints were centered. Sure enough, Range’s test results found minimal levels of methane in the water. “According to the EPA, the sampling that Range Resources has completed indicates no widespread methane contamination of concern in the wells that were sampled in Parker County,” the agency’s inspector general wrote last month in a report requested by lawmakers.

But here comes the report’s kicker: “However, the EPA lacks quality assurance information for the Range Resources’ sampling program, and questions remain about the contamination.” Fracking without freshwater at a west Texas oilfield. Fracking Chemicals Linked to Endocrine Disruptions. As if studies linking fracking to earthquakes and groundwater contamination were not reason enough to make folks frown upon this practice, a recent investigation carried out by researchers working with the University of Missouri has shown that hydraulic fracturing can also cause endocrine disruptions. The specialists detail that, according to their investigations into the matter at hand, at least 11 chemicals used in fracking either for oil or natural gas act as endocrine disruptors.

Thus, after carrying out a series of laboratory tests on 12 different chemicals commonly used in hydraulic fracturing, the scientists found that 11 of them interfered with estrogen hormones and blocked them, 10 had the same effect on androgen hormones and another one mimicked estrogen. “More than 700 chemicals are used in the fracking process, and many of them disturb hormone function,” researcher Susan Nagel, Ph.D, explains, as cited by EcoWatch. Another reason to hate fracking: It could screw up your sexual health. Oil and fracking chemicals spill into Colorado’s floodwaters. Heavy rains returned to Colorado on Sunday and hampered rescue efforts after last week’s flash floods.

Welcome to Portage County, Ohio, the biggest dumping ground for fracking waste in a state that is fast becoming the go-to destination for the byproducts of America's latest energy boom. As fracking—pumping a briny solution of water, lubricants, anti-bacterial agents, and a cocktail of other chemicals into underground shale formations at high pressure to fracture the rock and extract trapped natural gas—has expanded in the Midwest, so has the need for disposing of used fracking fluid. That fracking waste can be recycled or processed at wastewater treatment facilities, much like sewage. But most of the waste—630 billion gallons, each year—goes back into the ground, pumped into disposal wells, which are then capped and sealed. [Gaz de schiste] Des nappes phréatiques polluées en Pennsylvanie. Gaz de schiste : des nappes phréatiques polluées jusqu’à 1 km des puits. Fracking accident leaks benzene into Colorado stream. Pennsylvania agency didn’t mention water pollution near fracking site because no one asked.