Kenya Water Crisis: School Lunch Program. Lunch lures Kenyan kids back to school As the drought bites in lower-eastern Kenya, and the country faces a water crisis, a Red Cross school lunch program is encouraging students to return to class, as many have withdrawn from school to help parents care for younger siblings, dwindling livestock and failing crops. 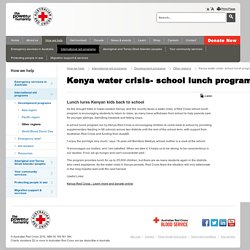 A school lunch program run by Kenya Red Cross is encouraging children to come back to school by providing supplementary feeding in 66 schools across two districts until the end of the school term, with support from Australian Red Cross and funding from AusAID. 'I enjoy the porridge very much,' says 16-year-old Boniface Mwikya, whose mother is a cook at the school. 'It encourages our bodies, and I am satisfied. When we take it, it helps us to be strong, to be conscientious in our studies. The program provides lunch for up to 25,000 children, but there are as many students again in the districts who need assistance. Useful Links: The Water Project. We’re excited to share a new story from 12 year-old Nduku Muthoka of Malaa Primary School in Kenya. 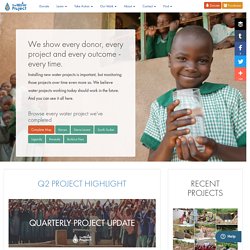 Nduku’s school received a rainwater catchment system and latrines in December 2015. Learn how clean water has affected her daily life! “I no longer carry water to school since we already have a water tank. Before the tank was constructed, we used carry water to school daily. Failure to do so resulted in severe punishment by our teachers. Threats to forests could imperil global freshwater supplies. International Day of Forests marked at United Nations with panel discussion on link between forests, water and sustainable livelihoods March 21, New York – Safeguarding forests is essential for sustainable management of global freshwater resources and avoiding water shortages, according to United Nations officials and forest experts at an event today marking the International Day of Forests. 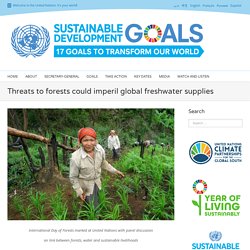 The observance day, held annually on 21 March, was commemorated at the UN at a panel discussion called “Forests and Water: Sustain Life and Livelihoods,” sponsored by the UN Forum on Forests Secretariat, UN-Water and the Permanent Mission of Sweden. By 2025, some 1.8 billion people will face absolute water scarcity, and even greater numbers will deal with water stressed conditions. 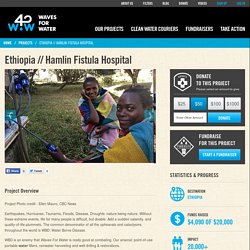 Without these extreme events, life for many people is difficult, but doable. Add a sudden calamity, and quality-of-life plummets. UNICEF highlights how girls lose time collecting water. As World Water Week kick off today, the United Nations Children’s Fund (UNICEF) has highlighted that the opportunity cost from a lack of access to water disproportionately falls on women and girls who collectively spend as much as 200 million hours – or more than 22,800 years – every day collecting this vital resource. 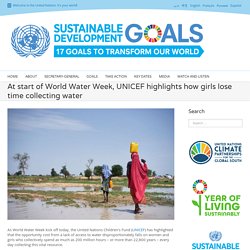 “It would be as if a woman started with her empty bucket in the Stone Age and didn’t arrive home with water until 2016. Think how much the world has advanced in that time. Think how much women could have achieved in that time,” UNICEF’s Chief of Section of Water, Sanitation and Hygiene, Sanjay Wijesekera, said in a news release issued by the agency today. The message from the UN children’s agency comes as experts from around the world gather in the Swedish capital of Stockholm for World Water Week to discuss and develop new solutions to the globe’s most pressing water-related challenges. Worldvision. + What do you do with water, sanitation, and hygiene (WASH)? 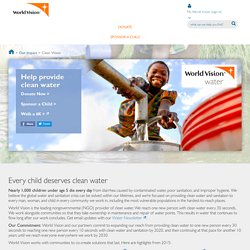 Can you give me an overview? Over the past 30 years, World Vision has developed deep expertise in providing clean water, improved sanitation, and hygiene training, refining our approach and reaching millions of people with clean water each year. We’ve not only learned many lessons from the decades we work in each community, but also have the ability to apply them, and pilot and test technologies that allow us to reach more people. Victorian Desalination Project. The Victorian Desalination Project (VDP) is a rainfall-independent source of water capable of supplying up to 150 billion litres a year. 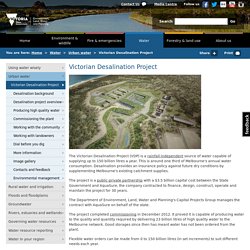 This is around one third of Melbourne's annual water consumption. Desalination provides an insurance policy against future dry conditions by supplementing Melbourne's existing catchment supplies. The project is a public-private partnership with a $3.5 billion capital cost between the State Government and AquaSure, the company contracted to finance, design, construct, operate and maintain the project for 30 years. The Department of Environment, Land, Water and Planning's Capital Projects Group manages the contract with AquaSure on behalf of the state. The project completed commissioning in December 2012. Flexible water orders can be made from 0 to 150 billion litres (in set increments) to suit different needs each year. The VDP plant is located on the Bass Coast near Wonthaggi.