"The taller the bamboo grows, the lower it bends." Bada Shanren (八大山人; ‘Mountain Man of the Eight Greats’), was born as Zhu Da (朱耷), in 1626 into a family of scholars, poets, and calligraphers – the Yiyang branch of the Ming imperial family, in Nanchang, Jiangxi province, the traditional residence of the Yiyang prince. 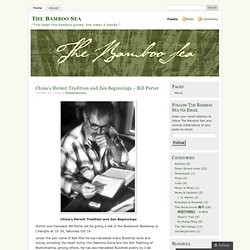 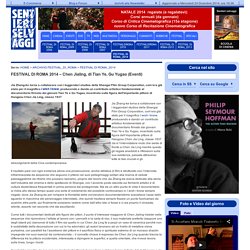 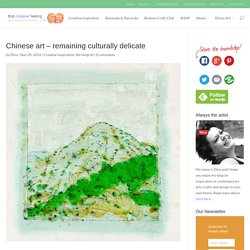 Contemporary Chinese artists are attracting huge sales however there is a lot of caution around forgeries and fakes. Despite the swinging hype and alert, these Chinese artists have continued to find a delicate balance between what we would normally associate as traditional Chinese art yet with a modern edge. Mr. Chinese Famous Contemporary Painter 2 - China culture. Zhu Daoping was born in 1949 in Huangyan, Zhejiang Province, a place famous for producing talented people. 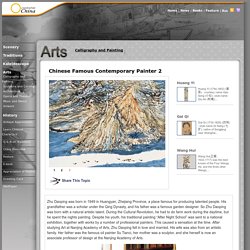 His grandfather was a scholar under the Qing Dynasty, and his father was a famous garden designer. So Zhu Daoping was born with a natural artistic talent. During the Cultural Revolution, he had to do farm work during the daytime, but he spent the nights painting. Despite his youth, his traditional painting “After Night School” was sent to a national exhibition, together with works by a number of professional painters. This caused a sensation at the time. When he was very young, Zhu Daoping and his parents moved to Nanjing, the ancient capital that used to be known as Jinling.

The Art Of Feng Zikai Feng Zikai. With “Imperishable Affection: The Art of Feng Zikai,” the Hong Kong Museum of Art quietly pulled off something of a coup in assembling a comprehensive selection of work by Feng Zikai (1898–1975), the artist recognized in his lifetime as the “father of Chinese cartoons.” 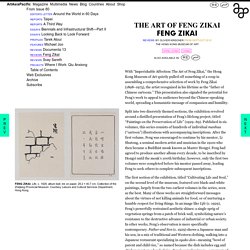 This presentation also signaled the potential for Feng’s work to appeal to audiences beyond the Chinese-speaking world, spreading a humanistic message of compassion and humility. Imperishable Affection: The Art of Feng Zikai - Creating a World of Compassion. In 2012, Hong Kong Museum of Art presents a series of cartoon works by Feng Zikai (1898-1975), who has been referred to as the 'Father of Chinese Cartoons.' 'Feng introduced the genre he called "manhua" (cartoons) into China, and "Zikai's Cartoons" became his iconic style. 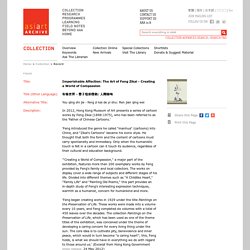 He thought that both the form and the content of cartoons must carry spontaneity and immediacy. Only when the humanistic touch is felt in a cartoon can it touch its audience, regardless of their cultural and education background. Changshi Wu - FLOWERS, 1917, Ink and color on... China Heritage Quarterly. Pierre Ryckmans In 1996, Pierre Ryckmans (Simon Leys) presented the ABC Boyer Lectures. 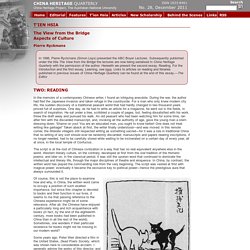 Subsequently published under the title The View from the Bridge the lectures are now being serialised in China Heritage Quarterly with the permission of the author. Herewith we present the second essay, Reading. For the Introduction and the first essay, Learning, see here. Links to articles on reading and libraries published in previous issues of China Heritage Quarterly can be found at the end of this essay. 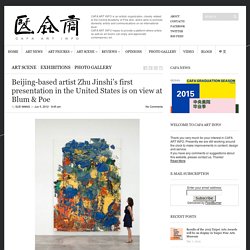 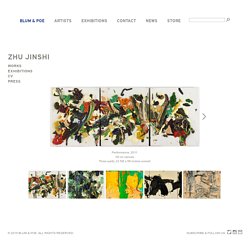