16 Books to Read in One Snow Day. Whether you love or hate winter, there is no doubt that a snow day makes the best excuse for curling up with a good book. 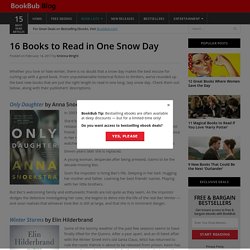 Can We Quote You? Knit The Sky Giveaway! By Devin Redmond | It's so fun to hear your lovely reactions to our Knit The Sky yarn kits, free patterns, and the new book. 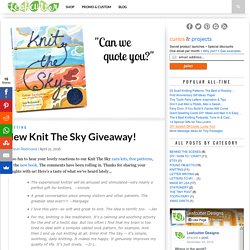 15 Historical Fiction Series You Won't Be Able to Put Down. Historical fiction fans love to follow the ups and downs of characters through particular time periods. 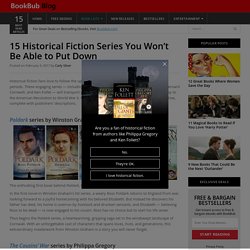 These engaging series — including books from heavy hitters like Philippa Gregory, Bernard Cornwell, and Ken Follet — will transport you through the centuries from 14th-century Norway to the American Revolution to World War II. Check out these engaging historical fiction series below, complete with publishers’ descriptions. Poldark series by Winston Graham The enthralling first book behind Poldark, the major new TV series from Masterpiece on PBS… In the first novel in Winston Graham’s hit series, a weary Ross Poldark returns to England from war, looking forward to a joyful homecoming with his beloved Elizabeth.

Thus begins the Poldark series, a heartwarming, gripping saga set in the windswept landscape of Cornwall. 6 Shel Silverstein Quotes You Can Relate More To As An Adult - InspireMore. Being a kid is a lot harder than we give them credit for. 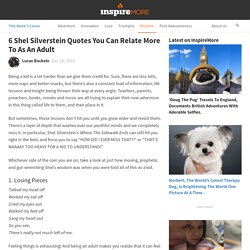 Sure, there are less bills, more naps and better snacks, but there’s also a constant load of information, life lessons and insight being thrown their way at every angle. Teachers, parents, preachers, books, movies and music are all trying to explain their new adventure in this thing called life to them, and their place in it. [WOW] Millions of Free Ebooks. New Thriller Coming from ‘The Girl on the Train’ Author. Paula Hawkins wrote one of the most enthralling thrillers I have ever read. 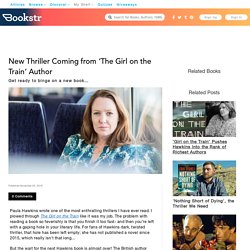 I plowed through The Girl on the Train like it was my job. The problem with reading a book so feverishly is that you finish it too fast- and then you’re left with a gaping hole in your literary life. For fans of Hawkins dark, twisted thriller, that hole has been left empty; she has not published a novel since 2015, which really isn't that long... In Death reading order. In Death First Cases – 2-in-1 volume featuring Naked and Glory Three in Death – featuring the novellas Midnight, Interlude and Haunted Time of Death – featuring the novellas Eternity, Ritual and Missing Big Jack – the second half of Remember When. 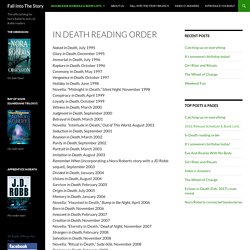 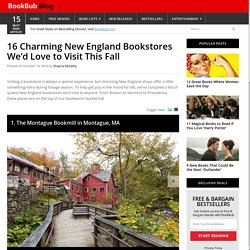 To help get you in the mood for fall, we’ve compiled a list of quaint New England bookstores we’d love to explore. From Boston to Vermont to Providence, these places are on the top of our bookworm bucket list! DON’T CLOSE YOUR EYES – Holly Seddon Author. My second suspense novel Don’t Close Your Eyes will be published in the UK by Corvus on 6 July 2017. 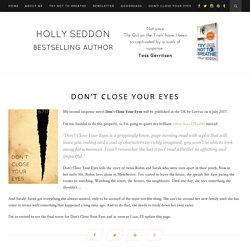 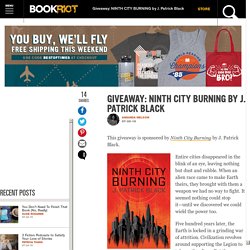 Patrick Black. Entire cities disappeared in the blink of an eye, leaving nothing but dust and rubble. When an alien race came to make Earth theirs, they brought with them a weapon we had no way to fight. It seemed nothing could stop it—until we discovered we could wield the power too. Five hundred years later, the Earth is locked in a grinding war of attrition.

We have 10 copies of Ninth City Burning for 10 lucky Riot Readers! 13 Literary Projects You Can Do At Home - For Reading Addicts. How to Read When the World Is Terrible. When awful things are happening all over the news and your Facebook feed, sometimes books are exactly what you need. 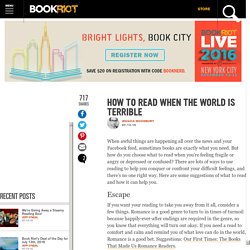 Similar Books to Game of Thrones. 1 + 2,001 - 354 The Lord of the Rings J. R. R. 9 Books Recommended by Janet Evanovich. 12 Books for Readers who Love Historical Fiction - For Reading Addicts. Back in mid-February we threw a question out to readers on our Facebook page, asking you to recommend some historical fiction and we clearly have a lot of fans of this genre.

In total over 450 of you posted replies and collating them there were over 200 books mentioned. As often happens the same authors were mentioned over and over and there are clearly some shining lights in this genre, bringing in lots and lots of suggestions. I’ve now put all those entries together and counted up all the suggestions to bring you the top 12 books for readers who love historical fiction. Jane Thornley. 100 Must-Read Books about Mental Illness. These Bookmarks Feature the Little Legs of Literary Characters. 120K 45ShareNew With her playful line of bookmarks, Ukrainian artist Olena Mysnyk pays homage to her favorite literary characters. But instead of depicting the faces of beloved characters like Harry Potter or Bilbo Baggins, her works highlight their iconic feet. The MyBOOKmark collection includes bookmarks outfitted with three-dimensional sets of legs at the bottom, making it look as if the characters are literally stuck within the pages of the book.