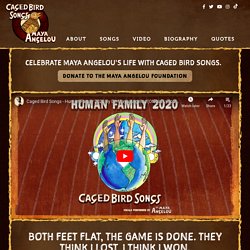 Maya Angelou was one of the most renowned and influential voices of our time. Hailed as a global renaissance woman, Dr. Angelou is a celebrated poet, memoirist, novelist, educator, dramatist, producer, actress, historian, filmmaker, and civil rights activist. Dr. Angelou was born Marguerite Annie Johnson on April 4th, 1928, in St. At age seven, while visiting her mother in Chicago, she was sexually molested by her mother's boyfriend. Black Panther in the Classroom. Pamela Mason, senior lecturer, director of the Jeanne Chall Reading Lab: Teachers can leverage the film and text version of Black Panther, or any cross-media work, to demonstrate to students that they can use their lived experiences to connect with storylines and contribute insights to a class discussion or written analysis. 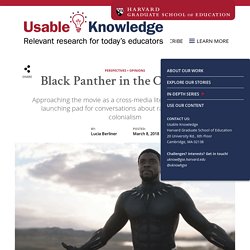 Accessible stories can help students develop the tools to engage with typical classroom texts, or so-called “canon” texts. Students are analyzing complex storylines, character development, and metaphors in their viewing of movies and in their reading of graphic novels. Teachers often urge their students to “make movies in their minds” in order to support their comprehension of the words on the pages. Whereas books try to create pictures and emotions only through the use of the written word, movies and graphic novels provide these visual images for the reader/viewer, allowing them to focus on the dialogue.

What educational topics emerge from Black Panther? Advertising Archives - Vintage illustrations Adverts Posters Magazine Covers. What I Hear When You Say: Season 1 Episodes. Wakanda forever □ - The Conversation. - Danmark. Articles by topic. Joan Didion: The Center Will Not Hold. Watch. All Interviews. Advertising campaign global issues - Recherche Google. 40 Of The Most Powerful Social Issue Ads That'll Make You Stop And Think. Many people complain about glossy advertisements and TV commercials as an obnoxious way for companies to invade our everyday lives and ram their products down our throats, but that’s not all that printed ads are good for.

The best commercials on this list are excellent examples of effective advertising strategies for social issues marketing campaigns that let their voices be heard. 10 Graphic Novels Written By Activists That You Need To Read Now More Than Ever. Activism through comics is nothing new. 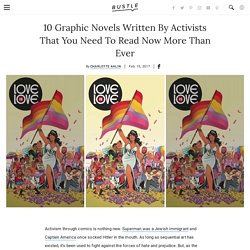 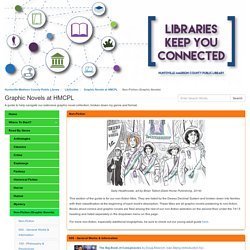 Crumb, the legendary illustrator, reveals here the story of Genesis in a profoundly honest and deeply moving way. Originally thinking that he would do a take off of Adam and Eve, Crumb became so fascinated by the Bible’s language, “a text so great and so strange that it lends itself readily to graphic depictions,” that he decided instead to do a literal interpretation using the text word for word in a version primarily assembled from the translations of Robert Alter and the King James bible. 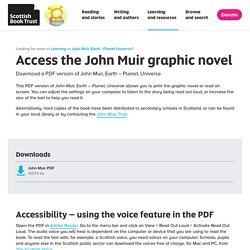 You can adjust the settings on your computer to listen to the story being read out loud, or increase the size of the text to help you read it. Graphic Non Fiction Books. Best Sellers: Best Educational & Nonfiction Graphic Novels. 11 Essential Graphic Nonfiction Books of 2019. This American Life. 10 Essential Nonfiction Graphic Novels — Barnes & Noble Reads. The graphic novel has emerged as a major storytelling medium over the last few decades thanks to visionary artists and writers like Alan Moore and Craig Thompson. 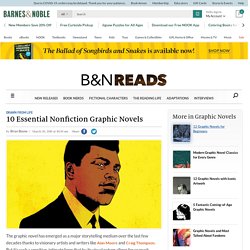 But it’s such a sensitive, intimate form that by its visual nature allows for so much visceral detail that it’s become a tool for authors and artists to tell their stories—either their life stories, family stories, or world events that shaped them. Here are 10 of the most profound and fascinating nonfiction graphic novels.

The 14th Dalai Lama: A Manga Biography, by Tetsu Saiwai The man we all know as the Dalai Lama, because he’s been the spiritual leader of Tibetan Buddhists around the world for more than 75 years, was once just a toddler named Llamo Thondup. Then he took on the name Tenzin Gyatso and became the fourteenth Dalai Lama. So you'd like to get into highbrow comics. Here's where to start. Am a man with an immoderate number – some might say a houseful – of comic books, which is probably why people ask me questions like: “Where on earth do I start with all this stuff?” 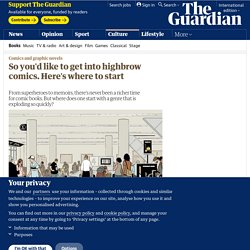 51 Powerful Propaganda Posters And The People Behind. Propaganda is most well known in the form of war posters. 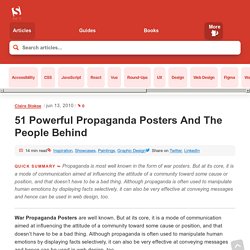 But at its core, it is a mode of communication aimed at influencing the attitude of a community toward some cause or position, and that doesn’t have to be a bad thing. Although propaganda is often used to manipulate human emotions by displaying facts selectively, it can also be very effective at conveying messages and hence can be used in web design, too. 50 Powerful Examples of Advertising from the WWF.