3 Common Myths About Gentrification – And the Facts That Prove We Need to Sto... In New York, San Francisco, Chicago, other major cites across the country, people are talking about gentrification. 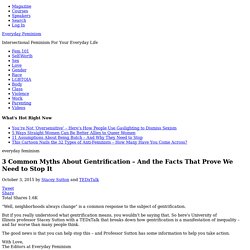 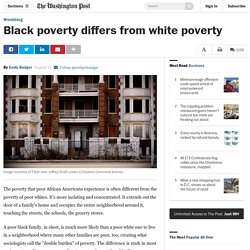 The poverty that poor African Americans experience is often different from the poverty of poor whites. It's more isolating and concentrated. Fabio Rojas on Does protest matter? The Tea Party. 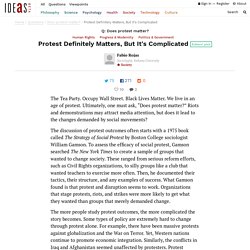 Occupy Wall Street. Black Lives Matter. We live in an age of protest. Ultimately, one must ask, “Does protest matter?” Is it me or is the liberal media elite getting more tone-deaf? In two acts. 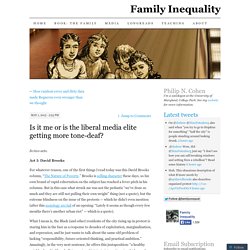 Act I: David Brooks For whatever reason, one of the first things I read today was this David Brooks column, “The Nature of Poverty.” Meet the Badass Activist Collective Bringing Direct Action Back to Black Comm... In December, the BlackOUT Collective co-coordinated the lockdown of the Oakland Police Department for four hours and 28 minutes. 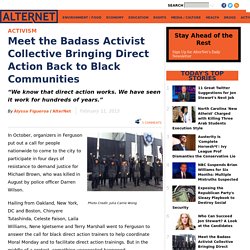 Photo Credit: Julia Carrie Wong In October, organizers in Ferguson put out a call for people nationwide to come to the city to participate in four days of resistance to demand justice for Michael Brown, who was killed in August by police officer Darren Wilson. Lorado-is-making-so-much-money-from-cannabis-its-having-to-give-some-back-to-... The state constitution puts a cap on the amount of tax money that can be taken in before some has to be returned, meaning Coloradans could see a share of the $50 million generated by sales of recreational cannabis. 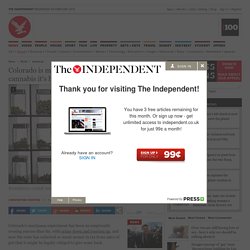 It's such an uncommon situation that both Democrats and Republicans are in agreement on it - both insist that there is no point in returning the money to taxpayers, not something you usually hear the GOP saying. Loading gallery 420 festival: Cannabis Cup celebrations in Denver, Colorado. Chart of the Week: Politicians Following, Not Leading on Same-Sex Marriage. By Lisa Wade, PhD, 1 day ago at 09:00 am For those of us in favor of same-sex marriage rights, it’s been an exciting few years. 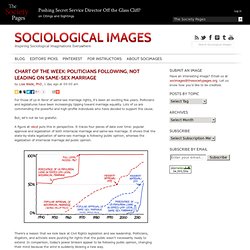 Politicians and legislatures have been increasingly tipping toward marriage equality. Social construction of a problem - Threats to Americans, ranked (by actual threat instead of media hype) Americans are inundated with media coverage and politicians warning them of dire threats: Ebola, the Islamic State of Iraq and Syria (ISIS), the war on Christmas. 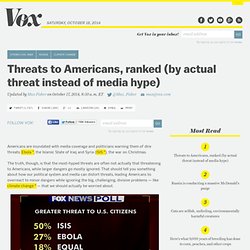 The truth, though, is that the most-hyped threats are often not actually that threatening to Americans, while larger dangers go mostly ignored. That should tell you something about how our political system and media can distort threats, leading Americans to overreact to minor dangers while ignoring the big, challenging, divisive problems — like climate change — that we should actually be worried about. An actual poll featured on Fox News (Nick Martin) Medical Bills: Even Worse Than You Thought. Seems like every other day, there’s a story about how health care costs are absurd or confounding. 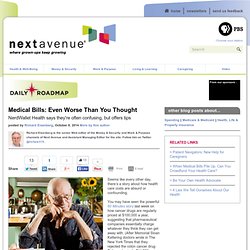 You may have seen the powerful 60 Minutes story last week on how cancer drugs are regularly priced at $100,000 a year, suggesting that pharmaceutical companies essentially charge whatever they think they can get away with. (After Memorial Sloan Kettering doctors wrote in The New York Times that they rejected the colon cancer drug Zaltrap, due to its $11,000-a-month cost, manufacturer Sanofi cut the price by more than half.) 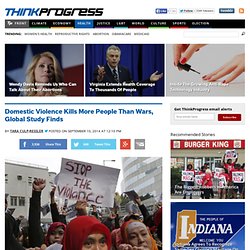 The study authors conclude that domestic abuse, perpetrated mostly against women and children, costs about $9.5 trillion dollars each year in lost economic output. Making Community College Free for All. Photo Credit: bikeriderlondon via Shutterstock.com September 8, 2014 | Like this article? Join our email list: Stay up to date with the latest headlines via email. Concealed carry debate flares Chicago Tribune 7/30/14. An 86-year-old man who attempted to help police foil an armed robbery at a Crestwood phone store by firing at the fleeing suspect may not have broken the law, but firearms trainers say he ignored a basic rule of carrying a gun in public: Don’t try to be a hero. Backpacking with kids, with energy poverty on my mind. This piece by ONE Mom and member Cynthia Changyit Levin was originally published on her blog, Anti-Poverty Mom.

I just got back from a backpacking trip in the Colorado Rocky Mountain National Park this week. Photo credit: Colorado.com. Over 50, with student loans Chicago Tribune 7/18/14. Lingering student loan debt, which in recent years has been a drag on the economy as borrowers delay big-ticket purchases such as homes and cars, is beginning to affect millions of people as they head toward retirement. More than 16 percent of the nearly $1.2 trillion in outstanding student loan debt in the nation is held by people older than 50, according to the New York Federal Reserve Bank.

“It’s one of the largest economic issues of our time, and it’s not just a young person’s issue,” said Natalia Abrams of advocacy group StudentDebtCrisis.org. Many of the borrowers have taken out loans later in life, often for retraining. Some wound up on the hook when they co-signed or took out loans for children and grandchildren. Others, like Andrew Jones, of Englewood, N.J., have had the loans follow them throughout their adult lives and into retirement.

Overweight Americans Have the Lowest Risk of Premature Death. Last year the Journal of the American Medical Association released a study aiming to determine the relationship between body mass index and the risk of premature death. Body mass index, or BMI, is the ratio between your height and weight. According to the National Institutes of Health, you are “normal weight” if your ratio is between 18.5-24.9. Higher taxes would benefit all of us Chicago Tribune 7/16/14. Union: Restroom limit a no-go. A union has filed a complaint with the National Labor Relations Board against a Chicago employer who it claims is allowing workers only 6 minutes a day to use the bathroom. Members of the Teamsters Local 743 who build sink stations at WaterSaver Faucet Co. and its nearby sister company, Guardian Equipment Inc., said workers have been disciplined for exceeding their allotted bathroom time of 30 minutes per week, or 6 minutes per workday.

Obamacare opening doors, poll suggests Chicago Tribune 6/20/14. About 4.5 million of the 8 million Americans who signed up for health insurance on marketplaces created by the new federal health care law did not previously have insurance, reported a survey that provides the most detailed look to date at who enrolled for coverage under the Affordable Care Act this past year. The tally provides new evidence that the health care law’s marketplaces, or exchanges, have sharply expanded access to insurance nationally, one of the legislation’s central goals. Young feel better under health law, study finds Chicago Tribune 6/18/14. Once again, U.S. has most expensive, least effective health care system in su... Washington Post 6/16/14.