8 Regular Expressions You Should Know. Regular expressions are a language of their own. 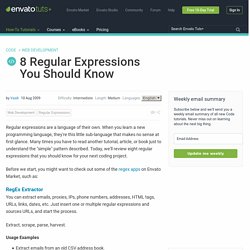 When you learn a new programming language, they're this little sub-language that makes no sense at first glance. Many times you have to read another tutorial, article, or book just to understand the "simple" pattern described. Today, we'll review eight regular expressions that you should know for your next coding project. Before we start, you might want to check out some of the regex apps on Envato Market, such as: Learn by playing. Reconstitution animée de la bataille de Waterloo - vidéo dailymotion. 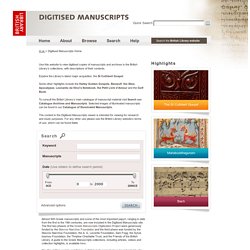 The first two phases of the Greek Manuscripts Digitisation Project were generously funded by the Stavros Niarchos Foundation and the third phase was funded by the Stavros Niarchos Foundation, the A. G. Leventis Foundation, Sam Fogg, the Sylvia Ioannou Foundation, the Thriplow Charitable Trust, and the Friends of the British Library. A guide to the Greek Manuscripts collections, including articles, videos and collection highlights, is available here. Over fifty Thai manuscripts and the Chakrabongse Archive of Royal Letters have been digitised with the generous support of the Royal Thai Government, in celebration of the occasion of the eightieth birthday anniversary of His Majesty King Bhumibol Adulyadej of Thailand on 5 December 2007. 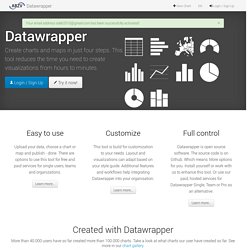 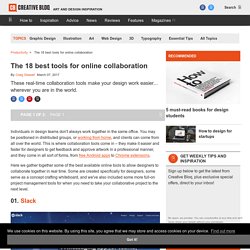 You may be positioned in distributed groups, or working from home, and clients can come from all over the world. This is where collaboration tools come in – they make it easier and faster for designers to get feedback and approve artwork in a professional manner, and they come in all sort of forms, from free Android apps to Chrome extensions. Here we gather together some of the best available online tools to allow designers to collaborate together in real time. Some are created specifically for designers, some serve as a concept crafting whiteboard, and we've also included some more full-on project management tools for when you need to take your collaborative project to the next level. 01.

Want to improve communication with your team? Perfect for anyone managing a team of remote employees, Slack enables project development to move forward more smoothly. 02. 03. 04. 05. appear.in 06. 07. RDFa Distiller and Parser. This distiller corresponds to the RDFa 1.0 specification. 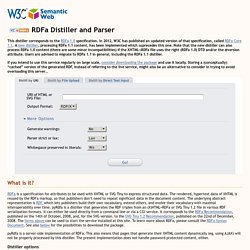 In 2012, W3C has published an updated version of that specification, called RDFa Core 1.1. A new distiller, processing RDFa 1.1 content, has been implemented which suprecedes this one. Note that the new distiller can also process RDFa 1.0 content (there are some minor incompatibilities) if the XHTML+RDFa file uses the right (RDFa 1.0) DTD and/or the @version attribute. Users are advised to migrate to RDFa 1.1 in general, including the RDFa 1.1 distiller. If you intend to use this service regularly on large scale, consider downloading the package and use it locally. What is it? RDF Schema. Un article de Wikipédia, l'encyclopédie libre. 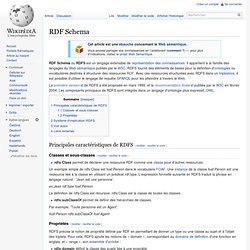 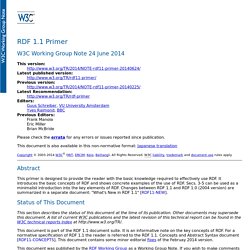 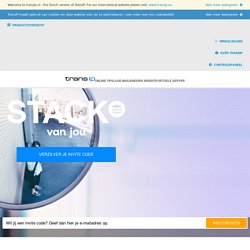 Smallpdf.com - A Free Solution to all your PDF Problems. Clipix: Clip and organize everything you care about. Maps & Geographic Data. Scoop.it.