Is Egypt in Africa or Asia? - Answers. Egypt is physically part of the African continent but its cultural, social and economic interface has historically been greater with the Middle East and Asia. 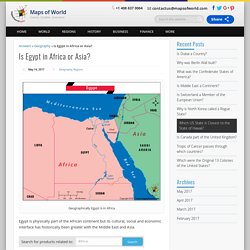 Stacey dooley in the usa season 01 episode 03 hd tv immigration documental. An insider's guide to Bangalore: the chilled out Silicon Valley of India. In five words Our motto: swalpa adjust maadi.* *It literally means “please adjust a little”, and is used often in daily life. 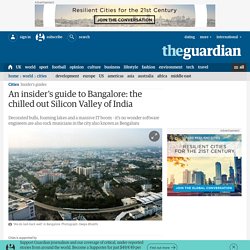 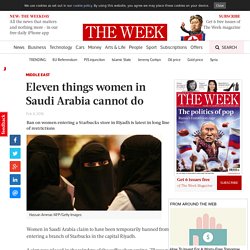 A sign was placed in the window of the coffee shop saying: "Please no entry for ladies only send your driver to order thank you", after a wall designed to segregate men and women was reportedly removed during renovations. A customer who tweeted a picture of the sign, which was written in English and Arabic, said the store "refused to serve me just because I'm a woman and asked me to send a man instead". Explicit cookie consent. “IS ANYONE here actually hoping to make any money, or are you all just trying to minimise your losses?” 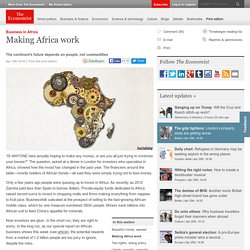 The question, asked at a dinner in London for investors who specialise in Africa, showed how the mood has changed in the past year. The financiers around the table—mostly holders of African bonds—all said they were simply trying not to lose money. Only a few years ago people were queuing up to invest in Africa. As recently as 2012 Zambia paid less than Spain to borrow dollars. Private-equity funds dedicated to Africa raised record sums to invest in shopping malls and firms making everything from nappies to fruit juice.

What's Behind The Surge In Suicide Attempts Among Canada's Indigenous Population. Bhutan: Things you may not have known about the country. Image copyright Getty Images Nestled between India and China, Bhutan is hosting some of its highest profile visitors, as the Duke and Duchess of Cambridge drop by after visiting India. 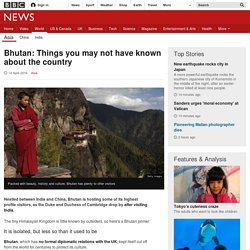 The tiny Himalayan Kingdom is little known by outsiders, so here's a Bhutan primer: Balochistan, Asia's blackest hole. Uk.businessinsider. Doctors on the move: Getting healthcare to far-flung places. Many people can find a doctor close to where they live, but for millions living in rural communities health care is many miles away. 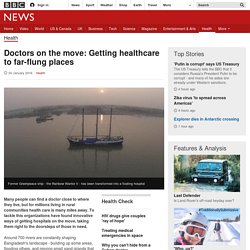 To tackle this organizations have found innovative ways of getting hospitals on the move, taking them right to the doorsteps of those in need. Around 700 rivers are constantly shaping Bangladesh's landscape - building up some areas, flooding others, and moving small sand islands that people call home. Along these rivers and the low lying coastal regions it often isn't possible to build permanent hospitals. In pictures: The world's largest salt flat in Bolivia. Image copyright Fellipe Abreu The horizon is sometimes almost impossible to make out in the salt flat of Uyuni in south-west Bolivia. 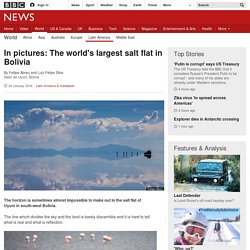 US and British imperialism have ruined Sudan     Details Created: Monday, 21 December 2015 11:59 Written by Charles Chinweizu ‘If the south goes there will be no more Sudan’ – Malik Agar, Sudan Revolutionary Front ‘rebel’ leader and former governor of Blue Nile state, 2009. 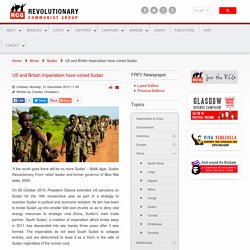 On 28 October 2015, President Obama extended US sanctions on Sudan for the 18th consecutive year as part of a strategy to maintain Sudan in political and economic isolation. Its aim has been to break Sudan up into smaller bite-size chunks so as to deny vital energy resources to strategic rival China, Sudan’s main trade partner. Can India become a superpower? - Documentary. Huffingtonpost. Huffingtonpost. The Economist. International statistics: Compare countries on just about anything! NationMaster.com.

Untitled. SOMALILAND, a slim slice of Somali-inhabited territory on the southern shore of the Gulf of Aden, ticks almost all the boxes of statehood. 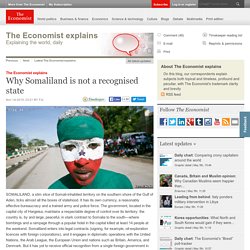 It has its own currency, a reasonably effective bureaucracy and a trained army and police force. The government, located in the capital city of Hargeisa, maintains a respectable degree of control over its territory: the country is, by and large, peaceful, in stark contrast to Somalia to the south—where bombings and a rampage through a popular hotel in the capital killed at least 14 people at the weekend. Somaliland enters into legal contracts (signing, for example, oil-exploration licences with foreign corporations), and it engages in diplomatic operations with the United Nations, the Arab League, the European Union and nations such as Britain, America, and Denmark.

But it has yet to receive official recognition from a single foreign government in the years since it declared independence in 1991. Explicit cookie consent. Siberian Medical Train. Country Profile: Central African Republic. Spread across the heart of Africa, the landlocked, forested Central African Republic (CAR) is one of the remotest and least-known countries on Earth. 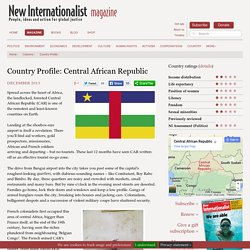 Landing at the shoebox-size airport is itself a revelation. There you’ll find aid workers, gold prospectors, missionaries, African and French soldiers arriving and departing – but no tourists. These last 12 months have seen CAR written off as an effective tourist no-go zone. North Korea in Widescreen: Photographs by David Guttenfelder.