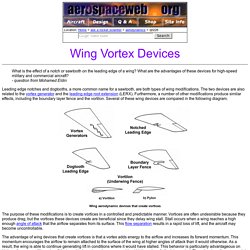 What are the advantages of these devices for high-speed military and commercial aircraft? - question from Mohamed Eldin Leading edge notches and dogtooths, a more common name for a sawtooth, are both types of wing modifications. The two devices are also related to the vortex generator and the leading edge root extension (LERX). Furthermore, a number of other modifications produce similar effects, including the boundary layer fence and the vortilon. Wing aerodynamic devices that create vortices The purpose of these modifications is to create vortices in a controlled and predictable manner. The advantage of wing devices that create vortices is that a vortex adds energy to the airflow and increases its forward momentum. 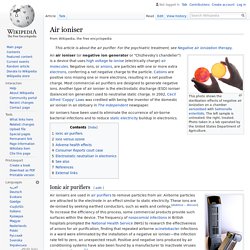 The left sample is untreated; the right, treated. Photo taken in a lab operated by the United States Department of Agriculture. An air ioniser (or negative ion generator or "Chizhevsky's chandelier") is a device that uses high voltage to ionise (electrically charge) air molecules. Negative ions, or anions, are particles with one or more extra electrons, conferring a net negative charge to the particle. Cations are positive ions missing one or more electrons, resulting in a net positive charge. Air ionisers have been used to eliminate the occurrence of Acinetobacter infections as well as reduce static electricity buildup in electronics. Ionic air purifiers[edit] Air ioniser and purifier with its dust collection plates removed Air ionisers are used in air purifiers. 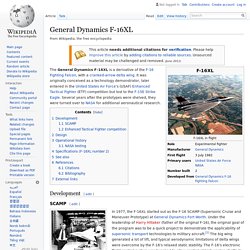 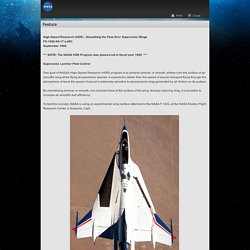 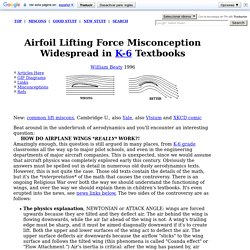 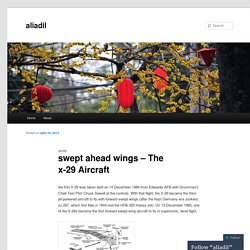 Ion thruster. NASA's 2.3 kW NSTAR ion thruster for the Deep Space 1 spacecraft during a hot fire test at the Jet Propulsion Laboratory Ion thrusters are categorized by how they accelerate the ions, using either electrostatic or electromagnetic force. 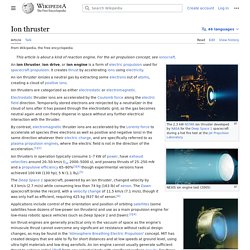 Electrostatic thrusters use the Coulomb force and accelerate the ions in the direction of the electric field. Electromagnetic thrusters use the Lorentz force. In either case, when an ion passes through an electrostatic grid engine, the potential difference of the electric field converts to the ion's kinetic energy. Applications include control of the orientation and position of orbiting satellites (some satellites have dozens of low-power ion thrusters) and use as a main propulsion engine for low-mass robotic space vehicles (for example Deep Space 1 and Dawn).[1][2] Ion thrust engines are practical only in the vacuum of space and cannot take vehicles through the atmosphere.

Energy2D - Interactive Heat Transfer Simulations for Everyone. “I liked watching the simulations, you could see what actually happens—you can't see it like that in a book.” — from a student at Arlington High School, Massachusetts, USA By Carmen Trudell, University of Virginia What is it? 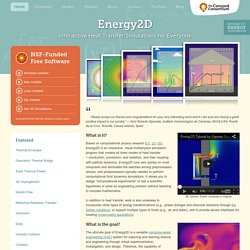 Based on computational physics research ([1], [2], [3]), Energy2D is an interactive, visual multiphysics simulation program that models all three mechanisms of heat transfer—conduction, convection, and radiation. Energy2D runs very quickly on most computers and eliminates the switches among preprocessors, solvers, and postprocessors typically needed to perform computational fluid dynamics simulations. As a result, students can use it as an inquiry and design tool to explore and analyze heat and mass flows in two-dimensional structures under different environmental conditions such as sunlight and wind. 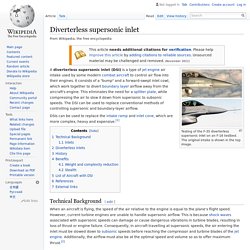 The original intake is shown in the top image. DSIs can be used to replace the intake ramp and inlet cone, which are more complex, heavy and expensive.[1] Technical Background[edit] The Materials Used in the Design of Aircraft Wings. By Alessio Spampinato Image Credit: Maciej Bledowski | Shutterstock.com The design of an aircraft must take in consideration a multitude of factors such as efficiency, comfort, safety and reliability. 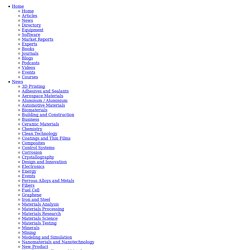