Lousy Preaching and What to Do about It — Lutheran Forum.

20 Online Courses That Will Make You More Successful in 2020. Improving Your Study Techniques from the University of Groningen. 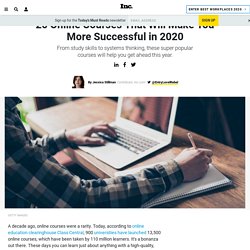 Learn to be better at learning with this class from a Dutch university. Happier Employees and Return-on-Investment Course from the University of Texas at Austin. Co-taught by famed CEO coach and author Marshall Goldsmith, this class aims to show how happiness can make you more successful. I am a Liberal Because I am a Christian. Over the past several years, I have found myself in frequent conversations with conservative Christians, most frequently on this blog, about a number of different issues. 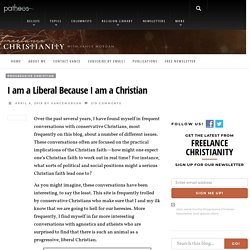 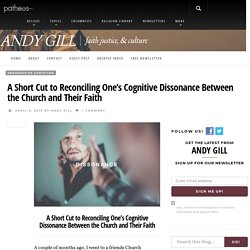 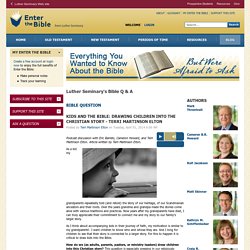 Article written by Terri Martinson Elton. As a kid my grandparents repeatedly told (and retold) the story of our heritage, of our Scandinavian ancestors and their roots. Over the years grandma and grandpa made the stories come alive with various traditions and practices. Now years after my grandparents have died, I can truly appreciate their commitment to connect me and my story to our family’s larger story. ZipStitch Is New Way to Close Wounds When You're Out There and Can't Get to Help. Top 20 Underrated Science Fiction Movies – Goliath. The Impending Clergy Shortage…Coming From Left Field. Consent Form. 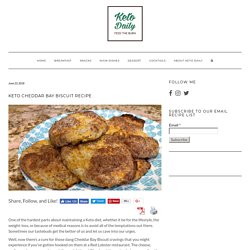 4K+Save One of the hardest parts about maintaining a Keto diet, whether it be for the lifestyle, the weight-loss, or because of medical reasons is to avoid all of the temptations out there. How Offering Different Worship Styles Contributes to Church Decline. The Cult of Cafeteria Worship I’m terrified that catering to individual aesthetic preferences in worship is killing the church. 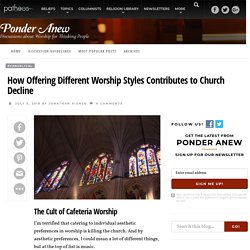 LOVE - The World's First Intelligent Turntable. Behind Your Pastor’s Smile – Thrive Global. Wedding day…baptism…hospitalization…death in the family…emotional or spiritual crisis. 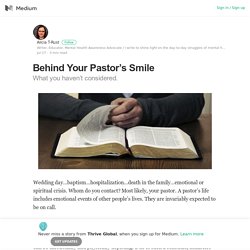 Whom do you contact? 5 sure signs you've been hoodwinked by the "Prosperity Gospel" — Anyone remember the SARS epidemic? 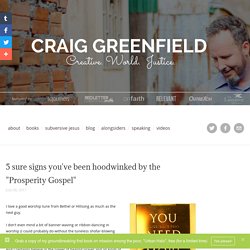 Before Zika, before Ebola, there was the scary SARS outbreak, and it shut down places like Hong Kong and Singapore. I was in Singapore at the time and I'll never forget the sad shockwaves that rocked the churches when a local pastor contracted SARS and died, after praying for one of his infected church members in hospital. 12 Things Pastors Cannot Do. Pastors are, in my judgment, amazing people. 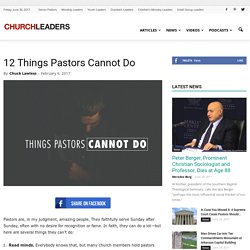 They faithfully serve Sunday after Sunday, often with no desire for recognition or fame. In faith, they can do a lot—but here are several things they can’t do: Read minds. Everybody knows that, but many church members hold pastors accountable for unstated expectations.Be everywhere. How Vacation Bible School Drove Millennials Away From Church. It’s that time of year again, when congregations across the country implement a summertime cultural ritual. 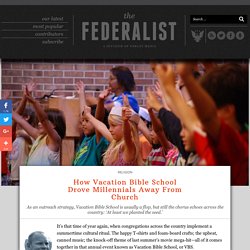 The happy T-shirts and foam-board crafts; the upbeat, canned music; the knock-off theme of last summer’s movie mega-hit—all of it comes together in that annual event known as Vacation Bible School, or VBS. Seen as a critical tool for outreach, the eternal hope is that congregations will recruit little salespeople as kids go home celebrating all the fun things they did at that church up the street. Rivergrille 18 quart fish fryer. The strange origins of the GOP ideology that rejects caring for the poor. The ongoing Capitol Hill brawl over health care and budget cuts is getting Biblical. In recent months, GOP lawmakers have taken to spouting Christian scripture to defend conservative fiscal policy and their effort to repeal the Affordable Care Act.

The first example came from Rep. Roger Marshall (R-KS), who argued in early March that Jesus would support his criticism of Obamacare’s Medicaid expansion, as aspect of health care reform that extended insurance coverage to additional low-income Americans. “Just like Jesus said, ‘The poor will always be with us,’” Marshall told Stat News, quoting the Bible. Why WOULD Anyone Sing in Church These Days? The Lies Christian Fundamentalism Taught Me. Jürgen Moltmann: "I accept Jesus as my savior" diminishes the Gospel - The PostBarthianThe PostBarthian.

In his Introduction to Christian Theology lectures at Duke in 1968, Jürgen Moltmann keenly observed that the Church's presentation of the Gospel has shifted from proclamation to personal invitation. Moltmann quotes an American Baptist declaration to demonstrate this shift has had the unintended consequence of diminishing the Christian Gospel to an "introverted and self-centered individualism".

In the Bible, the Christian Gospel is "Jesus Christ is Lord of All", and the Apostles proclaimed this good news to the whole world (Phil 2:10-11; 1 Cor 8:6), regardless of whether individuals accepted it or not (Acts 4:25; Rom 14:11). Moltmann explains that the Gospel has been diminished from the Biblical formula, to an invitation asking individuals to "personally accept Jesus Christ as my savior. " The Apostles never asked anyone to accept the Gospel (as Karl Barth criticized D.

L. Renegadesoccertraining. Gallup asked Americans why they go to church. It’s not for the music. On Good Friday, Gallup published results of a survey that asked respondents why they go to church (or some other place of worship). Some fifteen hundred adults across the nation were asked to which degree these seven things were important to them: Multi-Angle Measuring Ruler – Visiontags. Oregon Queer Youth Summit. FiberFix. How To Install A Copper Penny Floor - A Made in USA DIY Project. 10 Investigative Reporting Outlets to Follow.