This pearltree is all about Philosophical, Theological, Religion, and Beliefs many people have. I am a Believer, I believe that there is one God who created the world, and from that gave all of us (as humans) free will.

That said, in order to have free will, this is the way of following God and what He desires for us, as well as the absense of that (also known as SIN) . With that, we all at one point go against God's will, and do what we personally want to do. With that, we go against God and go outside of His will, and His gift of eternal life, and choose death. We messed it up. And death is needed...Yet God still gave us a way, He sent Christ to die for us, Jesus is in God's will, and gave that for us, a perfect sacrifice. With that, we believe in Christ, and follow Him in Faith, we will be saved. So that is what I believe to be truth, I believe it IS truth. This is the simple version of the Gospel and there are many conflicts and other parts regarding life and theology, so this is a pearltree with different worldviews, different peoples' thoughts, feelings, emotions, and I am collecting them. 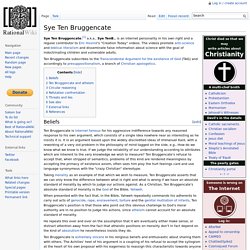 The videos promote anti-science and biblical literalism and disseminate false information about science with the goal of indoctrinating children and vulnerable adults. Ten Bruggencate subscribes to the Transcendental Argument for the existence of God (TAG) and accordingly to presuppositionalism, a branch of Christian apologetics. [edit] Beliefs Ten Bruggencate is internet famous for his aggressive indifference towards any reasoned response to his own argument, which consists of a single idea nowhere near as interesting as he insists it is. Taking morality as an example of that which we wish to measure, Ten Bruggencate asserts that we can only know the difference between what is right and what is wrong if we have an absolute standard of morality by which to judge our actions against.

[edit] Ten Bruggencate and atheism [edit] See also. Militant Atheist vs. Jeff Durbin at the Reason Rally. Biblical Prophecies Fulfilled by Jesus. The passion of Jesus Christ stands alone as the most important event creation has ever known. 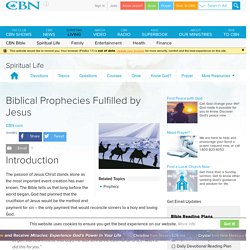 The Bible tells us that long before the world began, God had planned that the crucifixion of Jesus would be the method and payment for sin – the only payment that would reconcile sinners to a holy and loving God. 1 Peter 1:19-20* – “He paid for you with the precious lifeblood of Christ, the sinless, spotless Lamb of God. God chose Him for this purpose long before the world began, but now in these final days, He was sent to the earth for all to see. They’re Counting on Your Bible Knowledge—Are You Ready? Story behind the song: It is well with my soul. Horatio G. 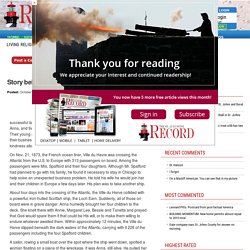 Spafford was a successful lawyer and businessman in Chicago with a lovely family — a wife, Anna, and five children. However, they were not strangers to tears and tragedy. Their young son died with pneumonia in 1871, and in that same year, much of their business was lost in the great Chicago fire. Yet, God in His mercy and kindness allowed the business to flourish once more. On Nov. 21, 1873, the French ocean liner, Ville du Havre was crossing the Atlantic from the U.S. to Europe with 313 passengers on board. About four days into the crossing of the Atlantic, the Ville du Harve collided with a powerful, iron-hulled Scottish ship, the Loch Earn. A sailor, rowing a small boat over the spot where the ship went down, spotted a woman floating on a piece of the wreckage.

Sponsor a Child - Sponsoring a Child. Your tax-deductible contribution of just $38 a month connects a child living in poverty with a loving, church-based Child Sponsorship Program. 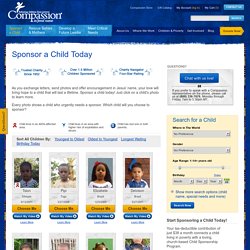 Your support provides: Why American Christians Get So Angry When You Question Nationalism. What white Christians need to know about the Black Lives Matter movement. Tell the Rev. 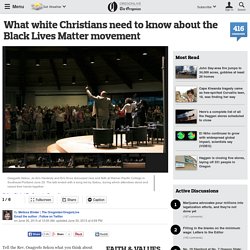 Osagyefo Sekou what you think about young black people rioting in Ferguson, and he'll tell you what you think about Jesus. Jesus, he told a packed auditorium at Warner Pacific College Monday night, was born to an unwed teenager in an unimportant part of an empire. He preached a vision for a kingdom where the poor and humble were empowered. Psalm 127. Atheists: Trapped in Flat Land? - There's More! Books & Resources by Timothy Keller. A Day at the Park. I Think They Judged A Book By It's Cover & Got A Surprise. Chart.gif (940×1725) Overcoming Envy - JESUS HEALS! HAVE FAITH NOW AND YOU WILL BE HEALED AT ONCE! Teaching as a Christian. Inner healing. 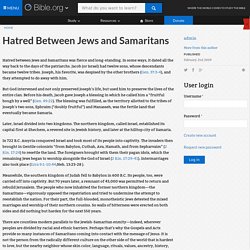 The northern kingdom, called Israel, established its capital first at Shechem, a revered site in Jewish history, and later at the hilltop city of Samaria. Meanwhile, the southern kingdom of Judah fell to Babylon in 600 B.C. Its people, too, were carried off into captivity. But 70 years later, a remnant of 43,000 was permitted to return and rebuild Jerusalem. The people who now inhabited the former northern kingdom—the Samaritans—vigorously opposed the repatriation and tried to undermine the attempt to reestablish the nation.

There are countless modern parallels to the Jewish-Samaritan enmity—indeed, wherever peoples are divided by racial and ethnic barriers. Jews had no dealings with the Samaritans. Is the Rapture Biblical? With the resurgence of Left Behind I thought I’d highlight a few interesting things about the common depiction of rapture theology. 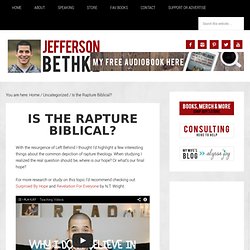 When studying I realized the real question should be, where is our hope? Or what’s our final hope? For more research or study on this topic I’d recommend checking out Surprised By Hope and Revelation For Everyone by N.T. Wright. 01 Itinerary Full 2015.