WATCH: The Extreme Persecution Of Rohingyas In Myanmar. How Much Money Do US Taxpayers Fork Over For Military Bases? Cursed Victory: A History of Israel and the Occupied Territories – review. The purpose of Israel's current offensive in the Gaza Strip is to protect the status quo – with itself in control of the illegally occupied Palestinian territories. 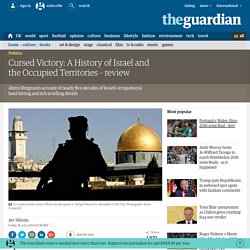 In 2005, it carried out a unilateral disengagement from Gaza, but under international law it is still the occupying power because it controls access by land, sea and air. In 2007 Israel imposed an economic blockade, cutting the Gaza Strip off from the West Bank and from the rest of the world. A blockade is a form of collective punishment proscribed by international law. The death toll is a grim reflection of the asymmetry of the conflict. In the past fortnight, the Palestinians have suffered over 220 fatalities, 80% of whom were civilians; in Israel, only one man was killed by a rocket fired from Gaza. Cursed Victory: A History of Israel and the Occupied Territories – review.

Why Sweden is talking about immigration more than before. Asylum seekers arriving at Malmö's Hyllie station in November 2015. 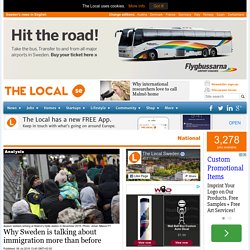 Photo: Johan Nilsson/TT Is immigration and ethnicity being spoken about more openly in Sweden than in the past? The Local takes a closer look. On Tuesday, police in the Värmland region of Sweden were forced to hastily backtrack after their initial report on a spate of alleged sexual offences at a summer music festival claimed the suspects were a gang of young refugees, only for it to later emerge that was not entirely accurate. Medina blast: Saudi city 'hit by suicide bomber'