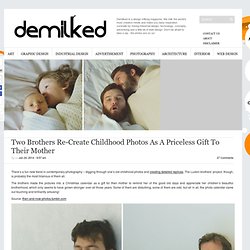 The Luxton brothers’ project, though, is probably the most hilarious of them all. The brothers made the pictures into a Christmas calendar as a gift for their mother to remind her of the good old days and appreciate her children’s beautiful brotherhood, which only seems to have grown stronger over all those years. Novartis "Reflections" Muslim and Jewish Women Protest Together. Heartwarming Photos of People and Their Pets Growing Up Together. My Modern Metropolis Heartwarming Photos of People and Their Pets Growing Up Together Here on My Modern Met, we're big fans of "then and now" photo projects like Irina Werning's Back to the Future, so when we came across these images of "pets growing up with their humans" on BuzzFeed, we felt an inherent need to share them. 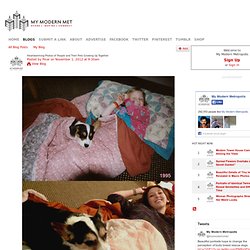 The adorable set of photos show us how time has changed physical appearances but unhindered the bond between people and their pets. Some of these folks even try to recreate their candid portraits from up to 20 years ago. While they aren't all the works of one photographer on a mission to document long-lasting human-pet relationships, they certainly should be! Via [BuzzFeed] You might like: Playful Food Pairings Communicate Well-Known Idioms Photographs Document Memorable Meals in Famous Fiction Playfully Adorable Illustrations That Will Make You Smile 19-Year-Old Holds Nothing Back with Her Mysteriously Beautiful Portraits Recommended by Views: 48449.

9 Haunting Then-And-Now Photos Of World War II. Dear Photograph. Portraits of Soldiers Before, During, and After War. Private Chris MacGregor, 24 Photographer Lalage Snow, who is currently based in Kabul, Afghanistan, embarked on an 8-month-long project titled We Are The Not Dead featuring portraits of British soldiers before, during, and after their deployment in Afghanistan. 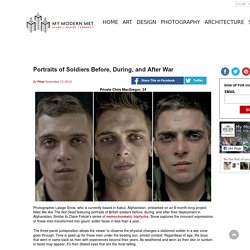 Similar to Claire Felicie's series of monochromatic triptychs, Snow captures the innocent expressions of these men transformed into gaunt, sullen faces in less than a year. The three-panel juxtaposition allows the viewer to observe the physical changes a stationed soldier in a war zone goes through. Time is sped up for these men under the beating sun, amidst combat. Regardless of age, the boys that went in came back as men with experiences beyond their years. Additionally, Snow's series accompanies each triptych with quotes from each of the servicemen that gives a great deal of insight into their mental and emotional state at each given time. D-Day Landing Sites Then and Now: Normandy Beaches in 1944 and 70 Years Later. On June 6, 1944, Allied soldiers descended on the beaches of Normandy for D-Day, an operation that turned the tide of the Second World War against the Nazis, marking the beginning of the end of the conflict. 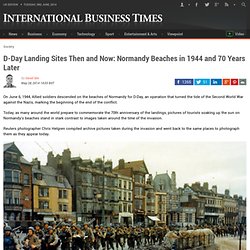 Today, as many around the world prepare to commemorate the 70th anniversary of the landings, pictures of tourists soaking up the sun on Normandy's beaches stand in stark contrast to images taken around the time of the invasion. Reuters photographer Chris Helgren compiled archive pictures taken during the invasion and went back to the same places to photograph them as they appear today.

BACK TO THE FUTURE : Irina Werning. I love old photos. 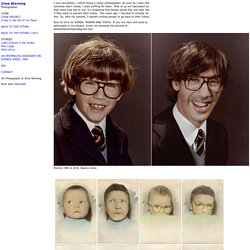 I admit being a nosey photographer. As soon as I step into someone else’s house, I start sniffing for them. Most of us are fascinated by their retro look but to me, it’s imagining how people would feel and look like if they were to reenact them today… Two years ago, I decided to actually do this. BACK TO THE FUTURE 2 2011 : Irina Werning. Now its time for KOREA, TAIWAN AND TOKYO. 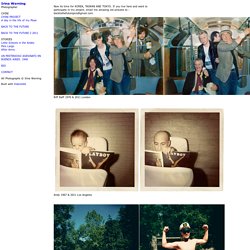 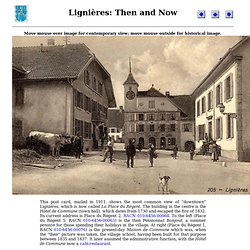 If image doesn't change, click image to toggle between “then” and “now” views. The historical photograph is courtesy of M. Werner Löffel of Lignières, who kindly contributed images of his post card collection to the archives of the Fondation de l'Hôtel de Commune de Lignières.