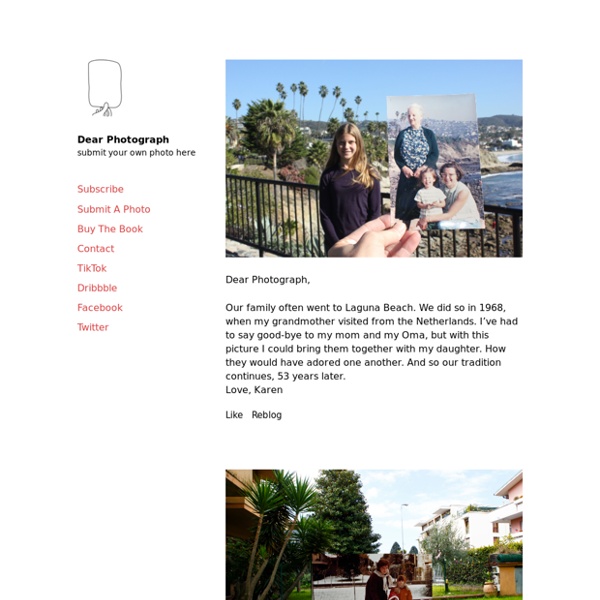 10 Best Photos From This Summer's Most Scantily Clad Movement An unwitting officer in Toronto “helpfully” advised women that, to not be raped, they should “avoid dressing like sluts.” His stupid comment inspired people in Toronto, Boston, Chicago, Sydney, and many more cities to organize SlutWalks, a series of marches based on the idea that sluts don’t cause rape, rapists do. Here are some of the best photos so far: Photo found on Moxiebird.com. Photo by Michael Courier. Photo by Daniel. Photo by Stephanie Vaughn. Photo by Anton Bielousov. Photo by Gracie Hagen. Photo by Laura Kehoe. Photo by Garry Knight. Photo by Rachel Freundt. Attend your local SlutWalk and tell the world we won’t let victims take the blame anymore. Found on Flickr accounts and blogs of fearless activists everywhere.

6 Insane Coincidences You Won't Believe Actually Happened | Cracked.com-Mozilla Firefox Ohio is Full of Astronauts Quick: What's special about Ohio? Nothing? Well, hold on to your ass. The first two aviators in both Ohioan and American history were Orville and Wilbur Wright, who successfully demonstrated the world's first airplane in 1903. "We will call it the 'Get Out of Ohio Machine.'" So Ohioans helped mankind take to the skies. Well, 59 years later, another Ohioan heard that the U.S. government was shooting people into space. Just look how happy he is! First in flight, first into orbit, and Ohio was two for two. Where it Gets Weird: So the Wright Brothers and John Glenn all came from the same state. Ohio, the "I'm outta here" state. First in flight, orbit and the moon--Ohio, Ohio and Ohio. Where it Gets Even Weirder: Oh, wait, no. This guy. Seriously, NASA even has a thing on its website practically apologizing for the fact that a state containing just 3% of America's population so utterly dominates the frontiers of human flight. The July Fourth Curse Commence mindfucking.

Stefano Unterthiner Photography : Animals Face to Face | COLT + RANE - StumbleUpon Colt + Rane Stefano Unterthiner Photography : Animals Face to Face Creepy, Crusty, Crumbling: Illegal Tour of Abandoned Six Flags New Orleans [75 Pics] Hurricane Katrina killed this clown. According to the photographer, “An abandoned Six Flags amusement park, someone spray painted ‘Six Flags 2012 coming soon’ on the wall above the downed head. But they were clownin.’ Six Flags will never rebuild here.” Welcome to Zombie Land kids! Chained dreams of fun at Six Flags New Orleans, abandoned Jazzland – that’s what Six Flags opened as “Jazzland” in 2000. Some photographers can see past the lifeless amusement park’s decay and desolation, showing us that there is still a chance the place could be cheery and not cheerless. Like a Bad Dream. Just in case you don’t know the scoop on what Hurricane Katrina did to New Orleans and Six Flags, this photo is of New Orleans, LA, on Sept. 14, 2005. Unlike the bleak amusement-less park above, some photographers can still see and share with us the echo of magic in the abandoned theme park Six Flags – even 6 years later in 2011. No lines for dead rides. Watch out for that tree! No one wants a ride?

Lignières: Then and Now Move mouse over image for contemporary view; move mouse outside for historical image. If image doesn't change, click image to toggle between “then” and “now” views. The historical photograph is courtesy of M. Dark Photography By Leszek Bujnowski August 12th, 2011 Huda Ikraam Leszek Bujnowski is wonderful creative photographer they live in poland and date of birth is 1977. When it comes to dark and foreboding photography, Leszek Bujnowski is a master of creating haunting images that defy his viewers to forget or ignore what they have seen. and since then has discovered a passion for photography. Testimony to Leszek Bujnowski’s skill is the fact that each of the pictures in this collection captures a spooky and malevolent ambiance that, while similar to its peers, is utterly all its own. The result is an unforgettable look into fear itself courtesy of one artist and his fantastic ability to manipulate both images and viewers alike. You can leave a response, or trackback from your own site.