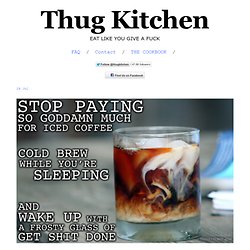 I will slap that shit out of your hand so quick you won’t know whatthefuck happened. Energy drinks are toxic and fucking expensive. Money doesn’t grow on trees; coffee does. Don’t waste your time in a fucking line and spend your hard earned cash on something you can make while you’re sleeping. Cold brewed coffee is also way less acidic, making this easier on your stomach. ¾ cup ground coffee (whatever you got is fine) 3 ½ cups cold water Put the coffee grounds in the bottom of a large container. 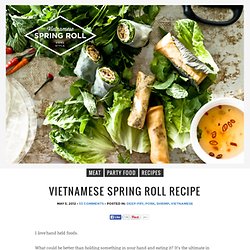 What could be better than holding something in your hand and eating it? It’s the ultimate in minimalism. No utensils, no cutting – just grab and eat. 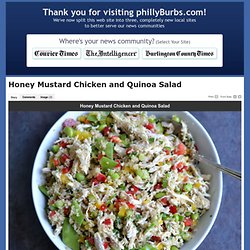 Is everyone doing it up right? It's nearly the end of July, and I sincerely hope yours has included the following in a solid amount by now: lounge chairs, bodies of water, barbecues, cheeseburgers, sunscreen, watermelon, flip-flops, ice cream cones with rainbow sprinkles, and S'mores. 77 Healthy Crock-Pot Recipes.

Crazy schedules, long work hours, and tempting takeout menus make it tough to even think about cooking most nights during the week. 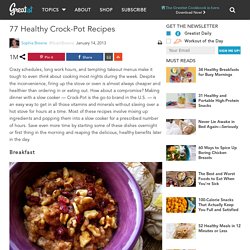 Despite the inconvenience, firing up the stove or oven is almost always cheaper and healthier than ordering in or eating out. How about a compromise? Making dinner with a slow cooker — Crock-Pot is the go-to brand in the U.S. — is an easy way to get in all those vitamins and minerals without slaving over a hot stove for hours at a time. Most of these recipes involve mixing up ingredients and popping them into a slow cooker for a prescribed number of hours. Save even more time by starting some of these dishes overnight or first thing in the morning and reaping the delicious, healthy benefits later in the day. Hors D'oeuvres & Appetizers Recipes. A Tasty Recipe: My Granny's Chocolate Cobbler.

This week, Ree’s in Orlando, ditching the boots for a pair of flip flops. 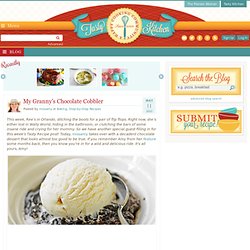 Right now, she’s either lost in Wally World, hiding in the bathroom, or clutching the bars of some insane ride and crying for her mommy. So we have another special guest filling in for this week’s Tasty Recipe post! Today, missamy takes over with a decadent chocolate dessert that looks almost too good to be true. Pepperoni Pizza Puffs.

If I ask my kids what they want for dinner, there's a ninety percent chance they will say pizza. They love it, as most kids do. Flank Sandwich. Last Friday, Mandi was away and I had a friend coming over to play Mario Kart before we headed out for the night. 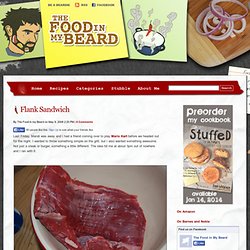 I wanted to throw something simple on the grill, but I also wanted something awesome. Not just a steak or burger, something a little different. The idea hit me at about 3pm out of nowhere and I ran with it. Flank steak is awesome. And cheaper than most cuts. I threw in here whatever I had around the house I believe it is olive oil, Worcestershire sauce, molasses, honey, garlic, scallions and salt and pepper. Roast a red pepper by putting it under the broiler and flipping it until it looks burnt on all sides. After the Steak sat in the marinade at room temperature for about an hour, I put it on a medium-hot grill. Kitchen Helpers. I found these helpful charts last week and just had to share! 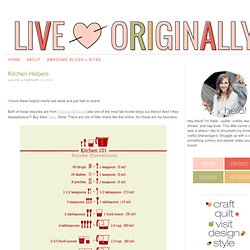 Both of these beauties are from Chasing Delicious (aka one of the most fab foodie blogs out there)! Aren’t they faaaaabulous?! Buy them here. (Note: There are lots of little charts like this online, but these are my favorites). Nutella Blended Coffee Drink. 2-Minute Chocolate Chip Cookie For One & Recipe & Zoom Yummy. This is one of those ‘I-need-a-cookie-right-now-or-I-die’ recipes that can be prepared in almost no time.We all know that kind of situation, don’t we? 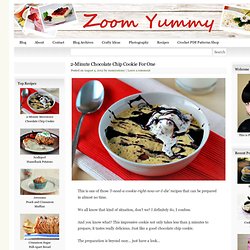 I definitely do, I confess.And you know what? This impressive cookie not only takes less than 5 minutes to prepare, it tastes really delicious. Just like a good chocolate chip cookie.The preparation is beyond easy… just have a look… First you need this stuff. 1. 2. 3. Braided Spaghetti Bread & The official blog of Americas favorite frozen dough. We are carb lovers at our house, so when I saw the Braided Spaghetti Bread recipe in the Rhodes Home Baked Family Favorites with frozen dough cookbook I knew we would love it. 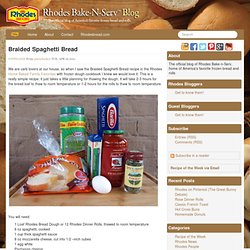 Deep-Dish Chocolate Chip Cookie for One & Healthy Food For Living. By Lauren Zembron, on July 20th, 2012. 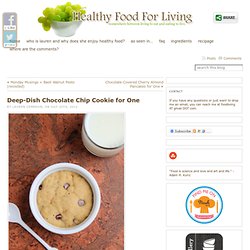