Master of Arts (Editing and Publishing) - University of Southern Queensland. 3-year bachelor degree such as Bachelor of Arts or Bachelor of Creative Arts, or other approved award at USQ or another accredited tertiary institution, with a minimum GPA of 5.0 or Completed USQ’s Graduate Certificate in Editing and Publishing and a minimum of 2 years full-time (or 4 years part-time) industry/professional work experience. 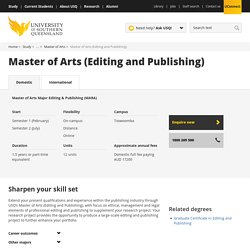 Students intending to undertake research or project work should note that selection of any research topic is subject to the availability of an appropriate supervisor and students must accept faculty guidance in their selection. English Language Requirements Domestic and international students from a non-English speaking background are required to satisfy English Language requirements. If you do not meet the English language requirements you may apply to study a University-approved English language program. It's the revenue stupid: Ideas for a brighter budget. Malcolm Fraser: a man who never vacated the political debate. The Conversation Malcolm Fraser – as opposition leader, prime minister and in retirement – was always a polarising figure, a characteristic coming through in some of the assessment of his legacy. 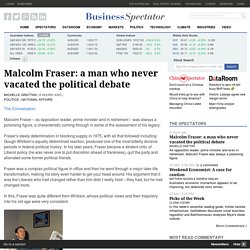 Fraser’s steely determination in blocking supply in 1975, with all that followed including Gough Whitlam’s equally determined reaction, produced one of the most bitterly divisive periods in federal political history. In his later years, Fraser became a strident critic of Liberal policy (he was never one to put discretion ahead of frankness), quit the party and alienated some former political friends. Fraser was a complex political figure in office and then he went through a major later-life transformation, making his story even harder to get your head around. His argument that it was the Liberals who had changed rather than him didn’t really hold – they had, but he had changed more. Malcolm Fraser as prime minister.

Welcome to QLD: perfect one day, censored the next. IT’S not that long ago that you could be arrested in Queensland for holding a public meeting with two other people. 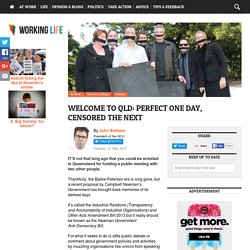 Thankfully, the Bjelke-Petersen era is long gone, but a recent proposal by Campbell Newman’s Government has brought back memories of its darkest days. It’s called the Industrial Relations (Transparency and Accountability of Industrial Organisations) and Other Acts Amendment Bill 2013 but it really should be known as the Newman Government Anti-Democracy Bill. For what it seeks to do is stifle public debate or comment about government policies and activities by muzzling organisations like unions from speaking out on behalf of the community.

Attorney-General Jarrod Bleijie introduced the Bill into Parliament recently with no prior public consultation. The Bill has been criticised not just by the union movement, but by the Chamber of Commerce and Industry Queensland as well. Help put this TV ad to air Why is the Newman Government doing this? An apology to the Prime Minister of Australia - First Person. Gillard lashes out at 'misogynist' Abbott - World. Australia's Prime Minister Julia Gillard has accused Opposition Leader Tony Abbott of being sexist and a misogynist, in a blistering counter-attack after he called for Speaker Peter Slipper to be sacked "immediately". 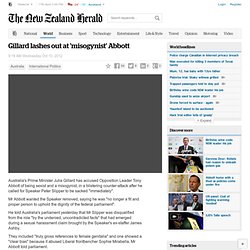 Mr Abbott wanted the Speaker removed, saying he was "no longer a fit and proper person to uphold the dignity of the federal parliament". He told Australia's parliament yesterday that Mr Slipper was disqualified from the role "by the undenied, uncontradicted facts" that had emerged during a sexual harassment claim brought by the Speaker's ex-staffer James Ashby. They included "truly gross references to female genitalia" and one showed a "clear bias" because it abused Liberal frontbencher Sophie Mirabella, Mr Abbott told parliament. Peter Slipper resigned as Speaker late last night, leaving Labor's Anna Burke to become the country's third Speaker in three years and only the second woman to hold the position. Paul Keating lashes ‘tawdry’ deal to freeze super.

Paul Keating said the decision flew in the face of ending the “age of ­entitlement.” 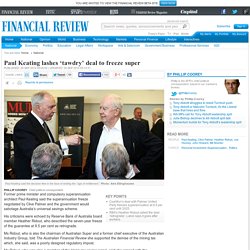 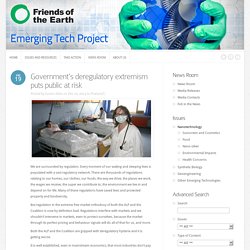 Every moment of our waking and sleeping lives is populated with a vast regulatory network. There are thousands of regulations relating to our homes, our clothes, our foods, the way we drive, the places we work, the wages we receive, the super we contribute to, the environment we live in and depend on for life. Brisbane Ap climate, averages and extreme weather records. Generational war: a monster of our own making. The Conversation The political debate over generational equity, which has been rekindled in the past week, now dominates discussions over wealth, government spending and fiscal sustainability. 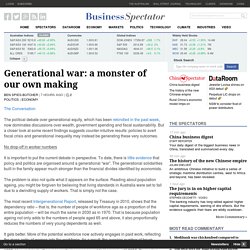 But a closer look at some recent findings suggests counter-intuitive results: policies to avert fiscal crisis and generational inequality may instead be generating these very outcomes. No drop-off in worker numbers It is important to put the current debate in perspective. To date, there is little evidence that policy and politics are organised around a generational “war”. The Alternative To Live Exports That Won't Hurt Farmers. Pakistan, 2012. 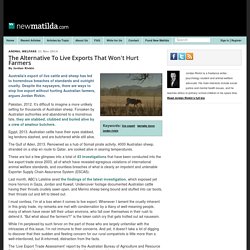 It’s difficult to imagine a more unlikely setting for thousands of Australian sheep. Forsaken by Australian authorities and abandoned to a monstrous fate, they are stabbed, clubbed and buried alive by a crew of amateur butchers. Egypt, 2013. ABC, SBS, Community TV - We salute you! - The Arts Party. ABC, SBS and all community TV stations provide essential services to Australians across the country and actively fulfill the core principles of this party. 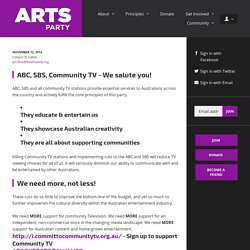 They educate & entertain usThey showcase Australian creativityThey are all about supporting communities Killing Community TV stations and implementing cuts to the ABC and SBS will reduce TV viewing choices for all of us. Non-profit charity and social enterprise fundraising. The Cairns CBD Spectacled Flying Fox camp has been a piece of wildness in the CBD and a tourist attraction for decades. 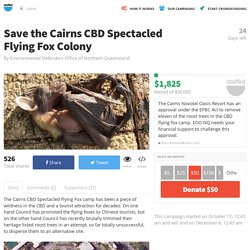 On one hand Council has promoted the flying foxes to Chinese tourists, but on the other hand Council has recently brutally trimmed their heritage listed roost trees in an attempt, so far totally unsuccessful, to disperse them to an alternative site. This tree trimming was in accordance with the inappropriately named “Code of Practice for Ecologically sustainable management of flying fox roosts” (which is neither sustainable or ecological) issued in November 2013 by the Queensland government to permit local governments to cause harm to flying foxes and their camps without breaching the Queensland Nature Conservation Act, administered by the Queensland Department of Environment and Heritage Protection.

What can go into the machines? Non-profit charity and social enterprise fundraising. CSIRO cuts to hit alternative fuel research. CSIRO’s Queensland research in geothermal energy, carbon capture and biofuels and its education program will most likely feel the brunt of an estimated 66 CSIRO jobs to be lost in the state. CSIRO chief executive Megan Clark on May 14 identified the areas where Australia’s leading scientific research would be cut back in the wake of the Federal Budget. In an email to all staff, Dr Clark said geothermal energy research, carbon capture and storage, liquid fuels, neurosciences, urban water research, schools education and clinical medicine in areas outside nutrition would be cut. Life just gets harder for marginalised Australians. Wildlife Hollows. Banks and land grabs. Write to the Chairperson of the UNESCO World Heritage Committee.