Someone To Talk To, Online Therapy, Free Counseling - 7 Cups of Tea. After the Trauma: Treating PTSD in Children. By Barbara Gruener Part of our Counselor’s Corner series. 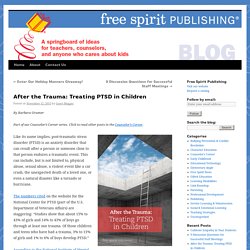 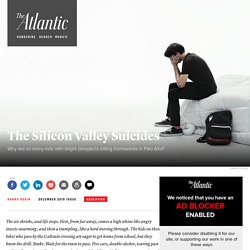 First, from far away, comes a high whine like angry insects swarming, and then a trampling, like a herd moving through. The kids on their bikes who pass by the Caltrain crossing are eager to get home from school, but they know the drill. New Details on Link Between Epilepsy and Suicide Attempt. Scientists report new details into the link between epilepsy and suicidal behavior, finding suicide attempts—whether a first attempt or a recurrent attempt—are associated with new onset epilepsy in the absence of antiepileptic drug prescriptions and a diagnosis of psychiatric disorder, further strengthening the evidence that there is an underlying commonality. 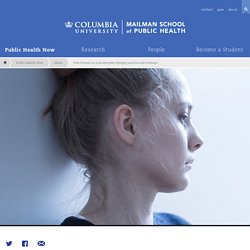 The researchers at Columbia University’s Mailman School of Public Health and Columbia University Medical Center are the first to report these associations. Findings are published online in JAMA Psychiatry. The study, led by Dale Hesdorffer, PhD, professor of Epidemiology, compared the risk for a first suicide attempt in 14,059 patients who later developed epilepsy to 56,184 age and gender matched controls. For patients who later had onset of epilepsy there was a 2.4-fold increased risk for a first suicide attempt in the time period up to and including the diagnosis of epilepsy. The Strange Story of Greg Torti. For almost twenty years, Greg Torti has lived the life of a convicted sex offender: monitored by the authorities, unable to go near schools or parks, forced to make his home on the outskirts of a tiny town. 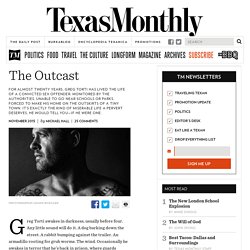 It’s exactly the kind of miserable life a pervert deserves, he would tell you—if he were one. Greg Torti awakes in darkness, usually before four. Any little sound will do it. A dog barking down the street. Five Studies: Mental Health Courts Are Finding Their Footing. Mental health courts sound like a great idea—just like the drug courts that inspired them. 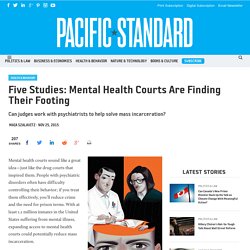 People with psychiatric disorders often have difficulty controlling their behavior; if you treat them effectively, you’ll reduce crime and the need for prison terms. With at least 1.1 million inmates in the United States suffering from mental illness, expanding access to mental health courts could potentially reduce mass incarceration. Introduced in the U.S. in the 1990s, these courts are procedurally similar to drug courts. What are your favourite books (or books you would... Thanks for your question! 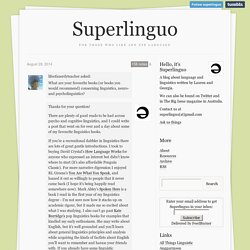 There are plenty of good reads to be had across psycho and cognitive linguistics, and I could write a post that went on for ever and a day about some of my favourite linguistics books. If you’re a recreational dabbler in linguistics there are lots of great gentle introductions. I took to buying David Crystal’s How Language Works for anyone who expressed an interest but didn’t know where to start (it’s also affordable Penguin Classic). For more narrative digression I enjoyed RL Greene’s You Are What You Speak, and loaned it out so willingly to people that it never came back (I hope it’s being happily read somewhere now).

Mark Abley’s Spoken Here is a book I read in the first year of my linguistics degree - I’m not sure now how it stacks up on academic rigour, but it made me so excited about what I was studying. Nation must focus on mental health - PM. David Cameron has called for the nation to focus on mental health after a review revealed inadequate, underfunded care, leading to "thousands of tragic and unnecessary deaths". 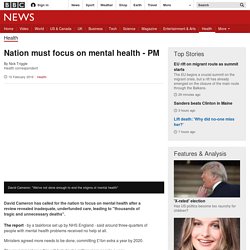 The report - by a taskforce set up by NHS England - said around three-quarters of people with mental health problems received no help at all. Ministers agreed more needs to be done, committing £1bn extra a year by 2020. The government says this will help treat a million more people a year. The funds are to come out of the £8.4bn the government has promised to the health service during this Parliament and comes on top of extra money already announced for children's services.

Prime Minister David Cameron said: "We should be frank. 101180701. Bollywood Superstar Deepika Padukone has spoken about her struggles with depression, anxiety and OCD in interviews, including talking about how she saught and go treatment for it and recently lauched a foundation dedicated to addressing the issue of mental health.According to top pyschiatrists in India, her foundation has led to not only women but also men seeking help with mental health issues; Dr Harish Shetty of Dr LH Hiranandani Hospital in Powai said, "It is not just women who have gotten inspired by Deepika Padukone's revelation, even men are opening up and accepting that they have depression. 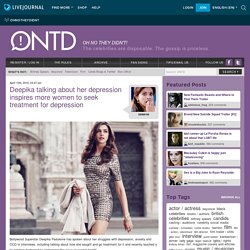 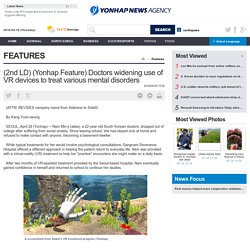 Since leaving school, she had stayed only at home and refused to make contact with anyone, becoming a basement-dweller. While typical treatments for her would involve psychological consultations, Gangnam Severance Hospital offered a different approach in helping the patient return to everyday life. Nam was provided with a virtual-reality (VR) treatment to help her "practice" encounters she might make on a daily basis. After two months of VR-assisted treatment provided by the Seoul-based hospital, Nam eventually gained confidence in herself and returned to school to continue her studies.