Robotech. Osamu Tezuka. Early life[edit] Tezuka was one of the eldest of three children in Toyonaka City, Osaka.[4][5] His nickname was gashagasha-atama (gashagasha is slang for messy, atama means head). 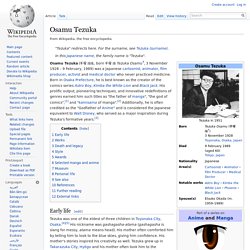 His mother often comforted him by telling him to look to the blue skies, giving him confidence. His mother's stories inspired his creativity as well. Tezuka grew up in Takarazuka City, Hyōgo and his mother often took him to the Takarazuka Theatre. The Takarazuka Revue is performed by women, including the male characters. Tezuka started to draw comics around his second year of elementary school. Works[edit] The Deep Influence of the A-Bomb on Anime and Manga. Patlabor. The popular franchise includes a manga, a TV series, two OVA series, three feature length movies, two light novel series, and a short film compilation, named Minipato (ミニパト?) 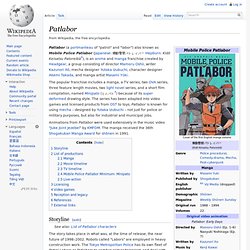 Because of its super deformed drawing style. The series has been adapted into video games and licensed products from OST to toys. Patlabor is known for using mecha – designed by Yutaka Izubuchi – not just for police or military purposes, but also for industrial and municipal jobs. Animations from Patlabor were used extensively in the music video "Juke Joint Jezebel" by KMFDM. The manga received the 36th Shogakukan Manga Award for shōnen in 1991. Storyline[edit] The story takes place in what was, at the time of release, the near future of 1998–2002.

The feature films follow separate continuities, referred to as the "movie timeline" and the "TV timeline. " List of productions[edit] The following releases have been arranged according to their story timelines. Mazinger Z. Mazinger Z (マジンガーZ, Majingā Zetto?) 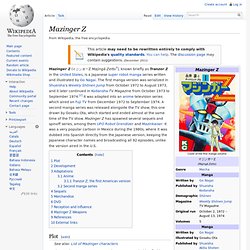 , known briefly as Tranzor Z in the United States, is a Japanese super robot manga series written and illustrated by Go Nagai. The first manga version was serialized in Shueisha's Weekly Shōnen Jump from October 1972 to August 1973, and it later continued in Kodansha TV Magazine from October 1973 to September 1974.[2] It was adapted into an anime television series which aired on Fuji TV from December 1972 to September 1974. A second manga series was released alongside the TV show, this one drawn by Gosaku Ota, which started and ended almost at the same time of the TV show. Mazinger Z has spawned several sequels and spinoff series, among them UFO Robot Grendizer and Mazinkaiser. Tetsujin 28-go. Tetsujin 28-gō (鉄人28号, Tetsujin Nijūhachi-gō? 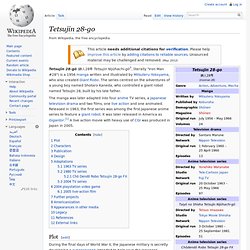 , literally "Iron Man #28") is a 1956 manga written and illustrated by Mitsuteru Yokoyama, who also created Giant Robo. The series centred on the adventures of a young boy named Shotaro Kaneda, who controlled a giant robot named Tetsujin 28, built by his late father. The manga was later adapted into four anime TV series, a Japanese television drama and two films, one live action and one animated. Released in 1963, the first series was among the first Japanese anime series to feature a giant robot. It was later released in America as Gigantor.[1] A live action movie with heavy use of CGI was produced in Japan in 2005. Plot[edit] During the final days of World War II, the Japanese military is secretly developing a superweapon intended to help save the Japanese Empire. 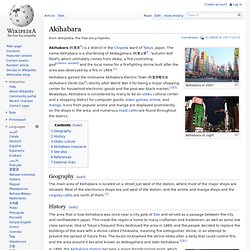 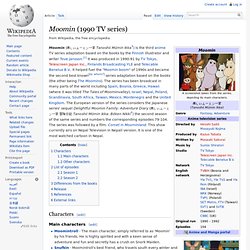 He is highly spirited and with a keen sense of adventure and fun and secretly has a crush on Snork Maiden.Snufkin - Moomintroll's best friend, who travels south every winter and returns in the spring. He is the son of the Joxter. He is an introverted and silent person, yet highly admired by his friends, especially Moomin who constantly seeks his approval.The Snork Maiden - Moomin's girlfriend and admirer. She is gentle, optimistic and a little vain, but kindhearted and a famous beauty in Moomin Valley. She lives with her brother The Snork.Sniff - Sniff resembles a kangaroo. Metropolis (manga) The story begins with a scientist, Dr. 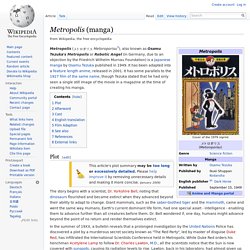 Yorkshire Bell, noting that dinosaurs flourished and became extinct when they advanced beyond their ability to adapt to change. Giant mammals, such as the saber-toothed tiger and the mammoth, came and went the same way. Humans, Earth's current dominant life form, had one special asset - intelligence - enabling them to advance further than all creatures before them. Dr. Bell wondered if, one day, humans might advance beyond the point of no return and render themselves extinct.

The Red Party paid Lawton a visit, resulting in Lawton being mortally wounded, which was witnessed by Detective "Moustachio" from Japan who, unfortunately, had to release them because he had no arrest warrant. Michi is introduced as a new student at Ken'ichi's junior high school, as well as Emmy, the violet-seller girl Michi had saved - unknown to the class, Emmy's schooling was being sponsored by a strange old man in exchange for luring Michi to her gangster older sister.