Artificial Intelligence Can Now Write Amazing Content. If you believe anything can and will be automated with artificial intelligence (AI), then you might not be surprised to know how many notable media organizations including The New York Times, Associated Press, Reuters, Washington Post, and Yahoo! 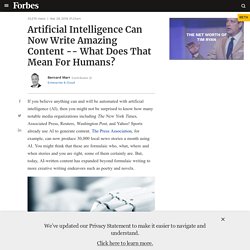 Sports already use AI to generate content. The Press Association, for example, can now produce 30,000 local news stories a month using AI. How Does Grammarly Work? Meet 4 Grammarly Users Who Will Inspire You. If you’re a close follower of Grammarly, chances are good that you’ve seen the latest installment of our campaign, “Write the Future.” 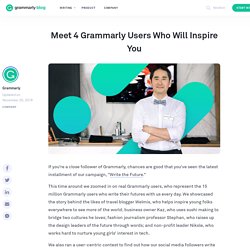 This time around we zoomed in on real Grammarly users, who represent the 15 million Grammarly users who write their futures with us every day. We showcased the story behind the likes of travel blogger Welmis, who helps inspire young folks everywhere to see more of the world; business owner Kaz, who uses sushi making to bridge two cultures he loves; fashion journalism professor Stephan, who raises up the design leaders of the future through words; and non-profit leader Nikole, who works hard to nurture young girls’ interest in tech. IBM's Call for Code Starter Kits are a perfect intro to coding and AI. IBM recently debuted technology Starter Kits to aid those joining the company’s Call for Code challenge. 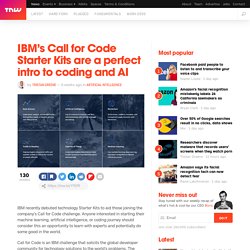 Anyone interested in starting their machine learning, artificial intelligence, or coding journey should consider this an opportunity to learn with experts and potentially do some good in the world. Call for Code is an IBM challenge that solicits the global developer community for technology solutions to the world’s problems. The company’s focused on natural disasters this year, and has already held numerous hackathons and events. As a result, we’ve seen some interesting designs and ideas from the individuals and teams that have so far participated. Why US public schools' creepy use of surveillance AI should frighten you.

Public schools across the US continue to spend millions implementing AI-powered surveillance solutions alleged to prevent or mitigate violence. 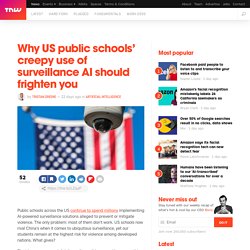 The only problem: most of them don’t work. US schools now rival China’s when it comes to ubiquitous surveillance, yet our students remain at the highest risk for violence among developed nations. What gives? The ideas seem sound. Adults can’t possibly see and hear everything that happens on a school campus, so startups are marketing automated surveillance solutions to cover the gaps.

One company says their facial recognition systems could have prevented the Parkland massacre. A recent report from Pro Publica and Wired showed that aggression detectors are basically useless. To test the algorithm, ProPublica purchased a microphone from Louroe Electronics and licensed the aggression detection software.

And those facial recognition systems? Face recognition might be another application which can reduce violence. The ideas seem sound. Virtual Fashion Model - Future of Fashion Model. Getty Images - Alexander McQueen was on to something: eight years after he projected a floating hologram of Kate Moss at the end of his Fall 2006 show, a new study published in the International Journal of Fashion Design predicts that holographic versions of top models will soon replace their human counterparts. 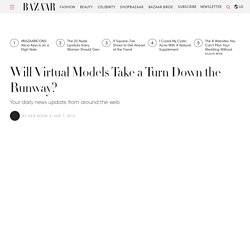 Science Daily - Ralph Lauren is finally giving ladies the Polo treatment—the brand will launch a version of the famous men's sportswear line this fall. Virtual Supermodel Stars in a Real Fashion Photoshoot: The Making of Shudu’s First-Ever Shoot. Computer-generated models' social media influence on the rise. Many things you see online are not what they appear to be. 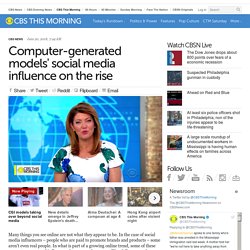 In the case of social media influencers – people who are paid to promote brands and products – some aren't even real people. In what is part of a growing online trend, some of these computer-generated influencers have more than one million followers each. Recent studies predict the influence marketing space will be a $2 billion industry by 2020. The goal of these computer-generated influencers is to get you to buy products or experiences, but critics worry you could be deceived by a false image.

Lil Miquela, modeling's latest it girl, is an optical illusion. London photographer and designer Cameron-James Wilson is the human behind the avatar. "CGI and 3D models offer a way for us to explore or create things that we never ever seen before," James-Wilson said. Attorney David Polgar studies the ethics of technology and says the Federal Trade Commission needs to have guidelines for CGIs. . © 2018 CBS Interactive Inc. Subjective: Erin O'Connor interviewed by Nick Knight about Alexander McQueen S/S 01. Tinder Nightmares: Pickup Lines.

How Algorithms Choose Your Valentine On Match, OK Cupid, Tinder. What Dating Apps and Algorithms Don’t Tell You! Can a Computer Algorithm Find Your True Love? Cupid's wearing a hoodie, worth billions. A history of presidential lies. Cooking dinner when your kitchen thinks for itself. Tuna made from veggies? How can you stop killer robots. Slaughterbots. Fictional 'Slaughterbots' film warns of autonom...

How to buy and sell Bitcoin. Secret Service: How hackers pose as ATM repairmen, steal ... Artist turns his blood into cryptocurrency. Forget bitcoin, these are the 8 craziest cryptocurrencies. When your home is smart, will leaks go away? This bot can help you document harassment. How to find out what Facebook knows about you. Bizarre self-driving concept cars. What if a digital twin could go to work for you? Here's why 5G is the future. Virgin Galactic may (finally) make space tourism reality. Yusaku Maezawa: Meet SpaceX's first moon tourist. Amazon is using AI in almost everything it does.

Priyanka Chopra: Technology gives us freedom. Fake meat is the future. Here's why. 5G is the future. But it's not really here yet. Why demand for electric cars will grow. Best Online Jobs for College Students: The Ultimate Guide 2019. Preventive Punishment for Robots – Earthly Mission. We enountered this robot writing down ‘I must not hurt humans’ countless of times on a recent patrol over Athens, and we thoroughly enjoyed the sight. 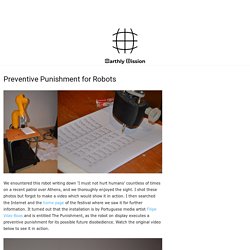 I shot these photos but forgot to make a video which would show it in action. I then searched the Internet and the home page of the festival where we saw it for further information. It turned out that the installation is by Portuguese media artist Filipe Vilas-Boas and is entitled The Punishment, as the robot on display executes a preventive punishment for its possible future disobedience. Watch the original video below to see it in action. Self-Study Vocabulary Quizzes (ESL, EFL) Commonly Confused Words for ESL Students and Classes. Here are some of the most commonly confused English word pairs. 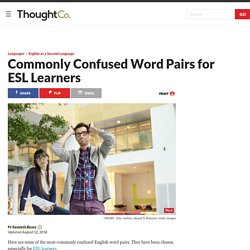 They have been chosen especially for ESL learners. Mallette CLES 2 IUFM.